That's an especially smart thing to remember when talking with Josh Gad. Sure, he originated the role of insecure, incorrigible Elder Cunningham in the Tony Award-winning Book of Mormon. Not to mention voicing sweet, naïve Olaf in Disney's animated smash, Frozen. But just because Gad has a gift for playing these child-like characters doesn't then automatically mean that he's some sort of push-over when it comes to Hollywood producers.

Take - for example - The Angry Birds Movie. When Josh was originally approached to come voice a character for this Rovio Animation production, he didn't mince words with that film's executives. 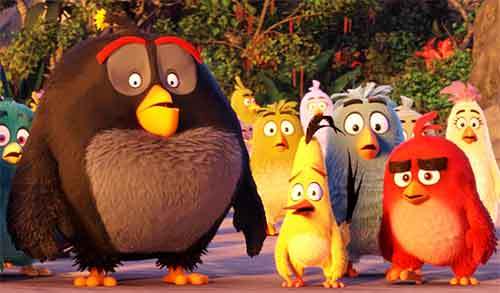 "I flat-out told them that this sounded like a horrible idea for a movie. Like someone was just trying to make a quick buck off of the app,' " Gad recounted during a recent phone interview. "Besides, ever since I voiced Olaf for Disney's Frozen, I've been approached by lots of other animation studios to come voice characters for their films. And since I want Olaf to stay special, I've resisted all of those offers."

But John Cohen (i.e., the producer of The Angry Birds Movie) was nothing if not persistent. He kept after Josh, asking for just 5 minutes of his time. So Gad could then watch a presentation reel that Cohen, Clay Kaytis & Fergal Reilly (i.e., the directors of this action-adventure comedy) had put together for their project.

"So I sat down to watch what these three had put together. And minutes in, all of my fears were assuaged. Because I then saw that Angry Birds wasn't going to be some quickly slapped-together adaptation of the app. No, what these guys were trying to do was so much harder. They wanted to make a real movie that was set in the world of the game. One that told an actual story with these wonderfully rich, fun characters," Josh enthused. 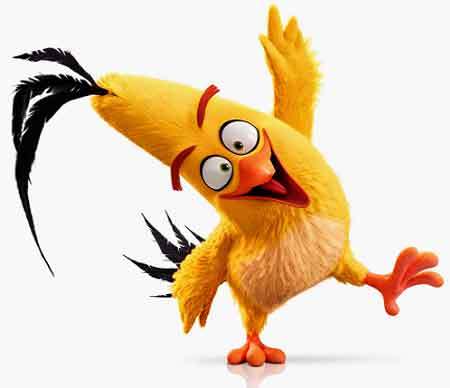 "And the best part was that Chuck -- the character they wanted me to voice - was the polar opposite of Olaf," Gad continued. "Olaf? He's sort of naïve. He's got this child-like wonder. I always try and challenge my inner 5 year-old whenever I'm voicing Olaf. Whereas Chuck, he's this speed demon. His mouth can't keep up with how quickly the synapses in his brain are firing. Not only that, Chuck's got this great been-there, seen-it, done-that attitude about him. Which is very different from the sweet, child-like characters that I'm often asked to play. So I turned to John and said 'You know what? Why not?' The Angry Birds Movie looked like it would be a fun opportunity. And it turned out to be that and so much more."

Thankfully, audiences also sensed that there was something special about this new 3D animated comedy. Which is why The Angry Birds Movie wound up as No. 1 at the domestic box office this past weekend, selling $38.1 million worth of tickets. Not to mention the $111.8 million this Sony Pictures Imageworks film has earned internationally to date.

And speaking of international ... One of the perks of voicing a character in The Angry Bird Movie is that it then gave Josh an excuse to make his first-ever trip to the Cannes Film Festival earlier this month. 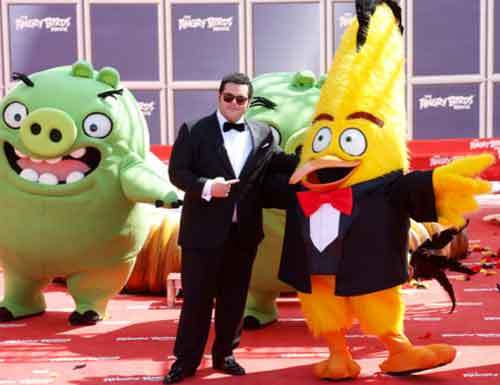 "There's something very surreal about having to get dressed in a tux and then walking on the beach," Gad laughed. "I felt like I was in a James Bond movie."

Mind you, Josh has really been racking up those frequent flyer miles lately. This past summer, he spent four months over in the UK working on Disney's new live-action version of Beauty and the Beast. Which - given that the teaser trailer for this new Bill Condon film got 91.8 million hits when it debuted online earlier this week, making it the most-viewed clip of all time - there's obviously a lot of interest in this March 2017 release right now.

"I play LeFou in the movie. Which - given that I grew up loving all of those hand-drawn Disney films from the early 1990s, Beauty and the Beast & Aladdin & The Lion King - this role was kind of a dream come true for me. But the best part is -- having seen an early cut of the live-action version - it is, you know, knock on wood, everything that everyone could possibly hope for and more," Gad enthused. "Bill Condon is such an exceptional director. He's someone who -- over the course of his career - has masterfully blended music & dance & visuals on so many of his movies. So Beauty and the Beast really plays to a lot of his strengths. And I think that people are just going to be floored when they finally get to see Disney's new live-action version."

And speaking of things that Disney fans are really looking forward to, what's the latest news on Frozen 2 ? Josh paused for a moment before he thoughtfully replied to this question.

"Sorry, but because I don't want to get another one of those calls from Disney's lawyers, I am sworn to secrecy in regards to everything associated with Frozen 2. What I can tell you, though, is that everyone on the creative team is working tirelessly to make sure that this next film is just as good or - dare I say - better than the first Frozen," Gad stated. "Jen(nifer Lee) & Chris (Buck) & Bobby (Lopez) & Kristen (Anderson-Lopez) & our producer Pete (Del Vecho) are leaving no stone unturned in their search for the best possible story, the best possible music to be featured in our characters' further adventures. Once they get all of that stuff figured out, I honestly can't wait to get back in the booth and start recording new stuff for Olaf to say."

Which isn't to say that Josh hasn't been speaking for that beloved snowman ever since "Frozen" first bowed in theaters back in November of 2013. Once Olaf officially became the break-out character of this Academy Award-winning Walt Disney Animation Studios production, Gad found himself repeatedly returning to the recording booth. Providing this snowman's vocals as Olaf made a memorable appearance in WDAS' 2015 short, Frozen Fever. Not to mention serving as the MC for Disney California Adventure's nighttime holiday show, "World of Color - Winter Dreams." 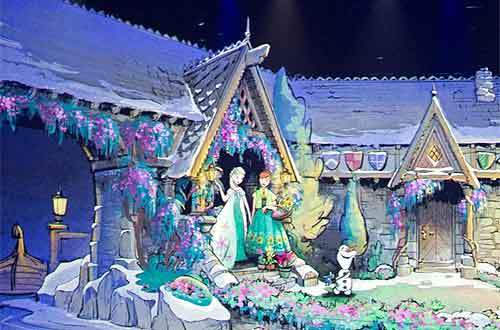 Though -- of all the things that Josh has voiced the character of Olaf for -- the one that's perhaps the most bittersweet is "Frozen Ever After," the new ride that will be opening in Epcot's World Showcase area on June 21st.

"Now you have to understand that I actually grew up in Florida. So I used to go to Epcot all the time. And what was my favorite ride growing up as a kid? 'Maelstrom,' the ride at Epcot's Norway pavilion which 'Frozen Ever After' replaced," Josh said. "Now I have to tell you that I was honestly very sad when they closed 'Maelstrom' back in the Fall of 2014. But what made that sadness somewhat easier to take was that the Imagineers showed me this very cool demo of the 'Frozen Ever After' ride. I got a virtual reality ride-thru of the finished version of this new Epcot attraction. And I have to tell you that it was spectacular. Just as magical as you'd hope a 'Frozen' -inspired attraction could be. I'm as excited as everybody else is to see 'Frozen Ever After' in its entirety in the actual setting that that ride's supposed to be in. Though I will still miss 'Maelstrom.' "