A California hiker has broken the world record for completing the Pacific Crest Trail, hiking the entire 2,650 miles from Mexico to Canada in just under 60 days.

Averaging 45 miles per day and sleeping only four hours per night, Josh Garrett, 30, reportedly broke into sobs as he reached the trailhead in Canada.

"I cried, I broke down and bawled pretty good," Garrett told the San Francisco Chronicle. "My girlfriend (Karen Dawn) was waiting for me at the monument with her arms wide open. What a sight. A long time coming."

Garrett, an avid vegan and an exercise physiology instructor, was completing the hike to raise funds and awareness for animal rights group Mercy for Animals. Not only did Garrett beat the speed record, but it was his second time completing the trip.

"In 2009, I hiked the Pacific Crest Trail and it was the greatest experience in my life, hands down," said Garrett in a video for Mercy for Animals. "I wasn't sure if I wanted to go back out there again, but I thought that if I could make it worthwhile for the animals, I would strongly consider it."

The speed record trip wasn't entirely smooth sailing. According to the Chronicle, Garrett collapsed just 100 miles into the journey.

"I had doubts if I could continue,” said Garrett. “It was 100 degrees, I was shooting for 41 miles per day, and I collapsed from heatstroke.”

But after just one night out of the wilderness and in a hotel room, Garrett was back on the trail.

"I constantly reminded myself, as painful as it was to do the hike, as miserable as it was at times, it was nothing compared to what animals on factory farms and slaughterhouses go through," Garrett said.

According to the Seattle Times, Garrett finished the hike just 24 hours after a woman, Heather Anderson, completed the same hike in about 60 days and 17 hours. Both beat the previous record of 64 days, 11 hours and 19 minutes set by Scott Williamson in 2011.

“I reached the Canadian border alone,” wrote Anderson on her Facebook page about the trip. “I have never felt an adrenaline rush like I did the last two miles. I literally could not feel my body.” 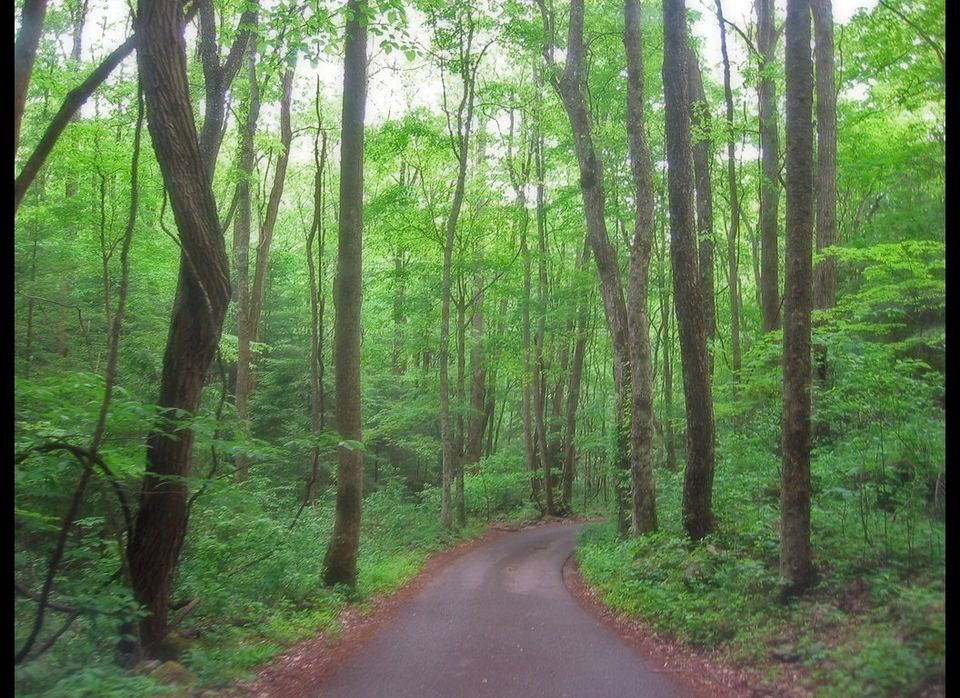 1 / 16
Great Smoky Mountains
The Great Smoky Mountains, long regarded as the ancestral homeland of the Cherokee Indians, is a region rich in natural diversity and pioneer history. Named by the Cherokee for the mysterious wisps of blue-gray smoke that often shroud the highest peaks, this majestic mountain range marks the southern climax of the Appalachian chain. Established as a national park in 1934, the area today spans a magnificent 500,000 acres, making it the largest wilderness area of the eastern United States. Within proximity of its extensive 900 miles of walking trails lies an abundant reserve of both natural and historic interests. The Smokies are home to more than 130 species of trees, 1,500 varieties of flowering plants, and 200 types of birds. Nestled within this haven of cascading waterfalls and fantastic mountain vistas stand the preserved remnants of pioneer heritage: the log cabins, farmhouses, grist mills, and barns built in the 18th and 19th centuries by European settlers. Entering into this immense and abundant forest, walkers can retrace a pioneer past that follows the footsteps first marked by the Cherokee Indians. Flickr: kypfly