Rumors started swirling earlier this month that Josh Hartnett and Amanda Seyfried were Hollywood's newest couple, and now it seems they are slowly starting to come out of hiding.

According to X17online.com, the low-key couple was spotted outside Seyfried's house before the pair hit the grocery store together over the weekend.

Hartnett and Seyfried, who have reportedly been together since January, have managed to stay under the radar -- until now.

Seyfried graced the cover of Glamour's February 2012 issue, where she opened up about her past relationships -- she seriously dated her "Mamma Mia!" co-star Dominic Cooper and was linked to Ryan Phillippe -- and revealed she's "terrified of being promiscuous."

"He was my last real boyfriend," she said of Cooper. "We still joke about having kids, like, 'If it doesn't work out with other people, we might as well just have a child.' And there's a part of that that feels ... possible."

Check out a photo of Hartnett and Seyfried below. For more, head over to X17online.com. 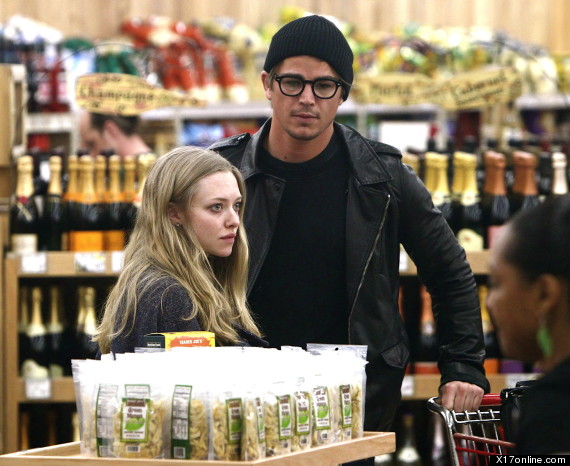