"Hunger Games" star Josh Hutcherson might identify as "mostly straight" now, but he doesn't rule out the possibility of being attracted to a man someday.

The actor sat down with Out magazine's Shana Naomi Krochmal for the November 2013 issue and got frank about the topic of sexuality.

“I would probably list myself as mostly straight," Hutcherson, who Jennifer Lawrence has joked is "in love" with their "Hunger Games" co-star, Sam Claflin, said. “Maybe I could say right now I’m 100% straight. But who knows? In a f**king year, I could meet a guy and be like, Whoa, I’m attracted to this person.”

“I’ve met guys all the time that I’m like, Damn, that’s a good-looking guy, you know?” he added. “I’ve never been, like, Oh, I want to kiss that guy. I really love women. But I think defining yourself as 100% anything is kind of near-sighted and close-minded.”

The 20-year-old's candid comments might not come as such a surprise to those who know him as an ally to the lesbian, gay, bisexual and transgender (LGBT) community.

Last year, Hutcherson opened up about his two gay uncles, who died of AIDS, during an interview with E! News. He said his mother is an advocate for the LGBT community and he has decided to use his celebrity to do the same, which earned him GLAAD's esteemed Vanguard Award in 2012.

"This is what my family is most proud of and the same for me," he said. "Acting is one thing, but actually trying to change the world and the way people think to make people's lives better? That's the stuff I'm most proud of."

In the March 2012 issue of Nylon, he said he was happy to come out in support of gay rights through the Straight But Not Narrow campaign.

“To have a ‘manly man guy’ come out and say, ‘Yeah guys, being gay is totally cool,’ I think this is getting the message out there that it makes you more of a man to be comfortable with who you are and what you believe in," he said.

Hutcherson is currently dating his "Paradise Lost" co-star, Claudia Traisac, according to Us Weekly.

Click over to Out to read Hutcherson's full interview. Click here to see all the photos from the shoot. 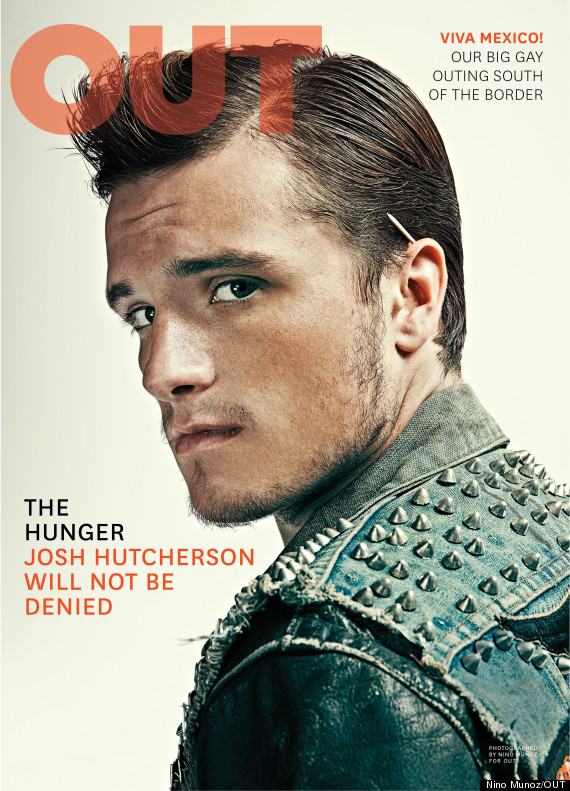 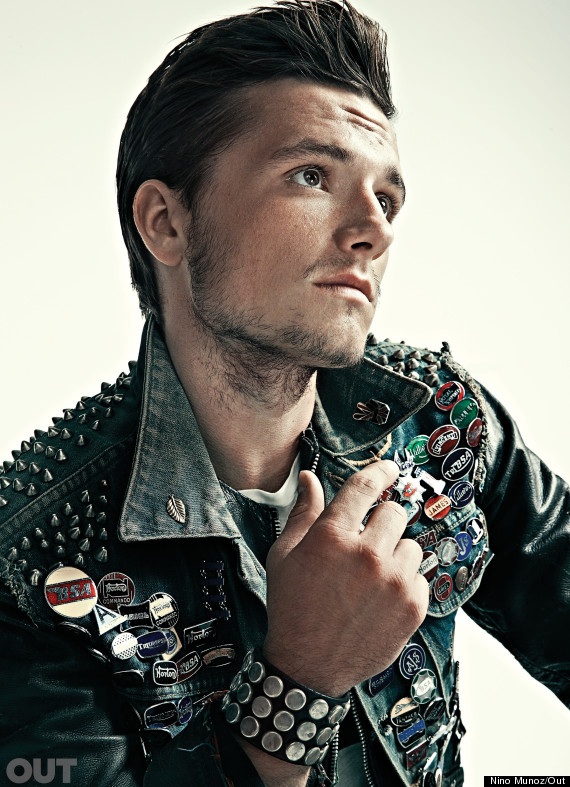 CORRECTION: A previous version of this article mistakenly referred to Traisac as Hutcherson's "Hunger Games" co-star. A correction has been made.