Joshua Braff is the author of The Unthinkable Thoughts of Jacob Green and Peep Show. He lives in California with his wife and two kids. 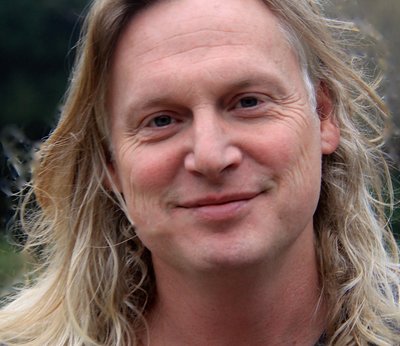 Loren Kleinman (LK): The Daddy Diaries is a novel about a stay at home dad and his two preteen kids. Can you talk about how the south plays a part in the characterization of the protagonist? Are there differences in the way the north and south think about stay at home dads? Is this reflected in the book?

Joshua Braff (JB): The south mattered to the protagonist by acting as the foreign land the family is tossed into. Flannery O'Connor began certain stories by having a stranger arriving in town. We were the strangers. I played with the adjustment one might find coming from the famously liberal mentality of the San Francisco Bay Area and being plopped into the Tampa Bay Area, which sits in the deep south of Florida. The adjustment in real life centered around social settings in which men stood with men around the television and talked golf, work, football or baseball, and the women hung out in the kitchen and talked school, kids, and places to eat or buy outdoor furniture. At first I stood in between them and slowly (I'm a huge baseball fan) chose the ladies.

The one way the book reflects differences in how people perceive stay-at-home dads is that Jay is the only [stay-at-home dad] in St Petersburg. So he stands out. When I lived in San Francisco it was the same, from 2001-2007. I'd say around 2008, recession time, men started showing up with Baby Bjorns and sippy cups in the playground. I was on my way out of that world. When I arrived in Florida in 2011, it was just back to square one, no stay-at-home dads.

LK: I love the epigraph in the book by William Nelson. How does the main character realize that "All we really need is each other, and the time is always now"? Do you believe this? And how does fiction remind us that the "time is always now"?

JB: The time is always now is something I read in a book by Ram Daas called, Be Here Now. Artists are deep thinkers and thinking too deeply leads to depression because life is vast and at times rich with complication. Being in the moment of your life relieves the load one might be forced to wear as they contemplate, day in day out, enough positives in mankind to draw a sketch. The sketch should reflect us in a palpable and anything but pretentious way. I'd say there's nothing more important in child rearing than having access to the notion of be here now. If you can realize it, even just at moments, it can save the day when the shit hits the fan. This too shall pass.

LK: When did you come up with the idea for The Daddy Diaries? What was your writing process like? Are you a pantzer or an outliner?

JB: The idea for The Daddy Diaries came about just after my first novel, The Unthinkable Thought of Jacob Green, came out to great reviews. I was raising young kids at home and the stories and observations of my unique circumstances were piling up. For my second novel, I chose instead the topic of a family that's involved in both Hassidism and Times Square smut theatres. I called it Peep Show and it came out amazingly. So, third novel time, we were in Florida and I tapped into my experiences raising pre-teens. If pantzer means writing from the seat of your pants, that's me. Very little outline other than a family that leaves one mentality for another and the dad raises the kids while mom travels and works hard. 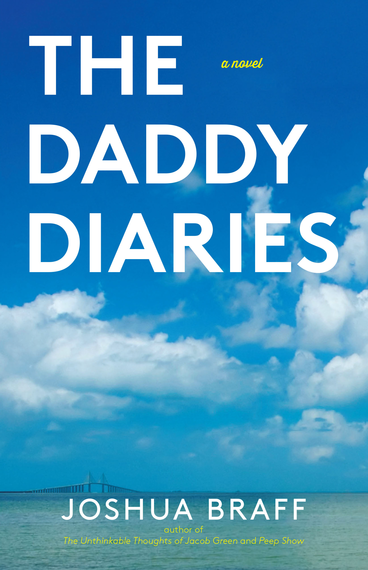 JB: I don't know that I'd say writing essays prepared me for novels. I'd say short stories prepared me to write scenes, and I was able to apply those to the larger form. I approach essays differently because the time commitment is different. It's the difference between two weeks and two years. Essays are more fun, often funny and give me an opportunity to be poignant without you seeing me try. I love the form. I'm a painter, a photographer, a filmmaker and a musician. So when it comes to writing, novels and essays are plenty for me.

LK: If you could have dinner with any writer from the past, who would it be? What do you say? How do you end the conversation? What advice do you give them?

JB: I'd say Raymond Carver, but he'd be hammered, I mean slurring and then asleep at the table. I'd say Flannery O' Connor, but I'm not sure she'd enjoy the encounter. Me, praising her. I think she'd pretend she had to leave.

Salinger would be pretty cool. He was a combat vet and wrote pieces of Catcher in The Rye with a pencil in the trenches of WWII. How could this conversation be uninteresting? I'd end the conversation by asking him if he's as lonely and disenchanted as he seems. [Salinger] would probably say "More." [And] my advice to him would be this: The gift you were born with is partly for you to explore and hone and brag about. But it's partly a task too. The task is to actually enlighten strangers to the intricacies of both prose and human life. The feelings these strangers are having when they engage in your sentences is beyond the reward you actually deserve. Life is short, so you must share what you know. There is actually sacrifice in it. Sorry, J.D. I know you thought your skills belonged to you.

Like what you read? Stay in the know. Join my mailing list and be the first to know about new interviews with stellar writers, poets, actors and comedians. Join HERE.