Who says models don't eat? Well, sometimes they don't. However, that's not the case when it comes to British beauty Jourdan Dunn. The 22-year-old model is sharing her love for cooking and eating via her new cleverly titled "Well Dunn With Jourdan Dunn" show on Jay-Z's Life + Times YouTube channel.

For her first episode, Jourdan pays homage to her Jamaican roots by whipping up spicy jerk pork, rice and beans, and Caribbean salsa that she says will knock your socks off!

While she's no Julia Childs, the stunning London-based model does dole out some sage cooking advice like encouraging viewers to "make love to the meat" (read: rub sauce generously into pork) and endorses the age old adage that the way to a man's heart is through good food--even though the only man she's cooking for is her son.

Between slicing and dicing viewers also get a glimpse into Jourdan's exciting career. The model gushes about her first time shooting with famed fashion photographer Steven Meisel for Vogue Italia's 2008 Black Issue and not wanting to leave the set.

But Jourdan is quickly climbing to supermodel status herself. She is already a designer darling, having graced ads for Yves Saint Laurent, Burberry and Rag & Bone.

Jourdan is also set to star in the campaign for Rihanna's new collection for River Island. The "Diamonds" singer tweeted a behind-the-scenes pic of the shoot this morning:

My bitches so Bvalgari... Just directed my first ad campaign for my new collection with River Island, Spring http://t.co/7cKd4y9K 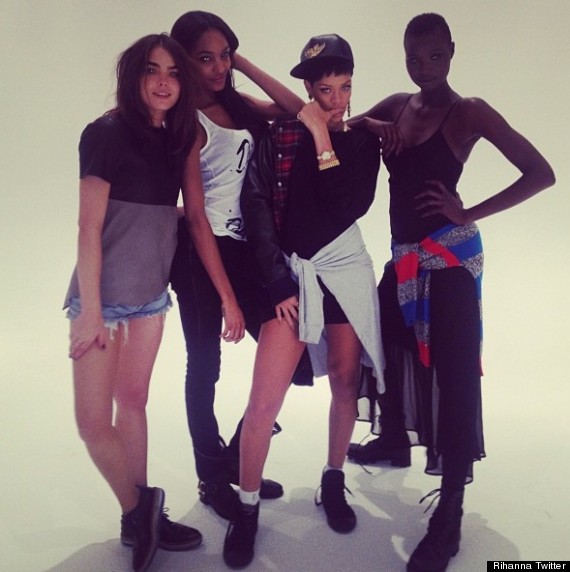 Check out Jourdan's jerk pork recipe in the video above. Does it look like something you might whip up? 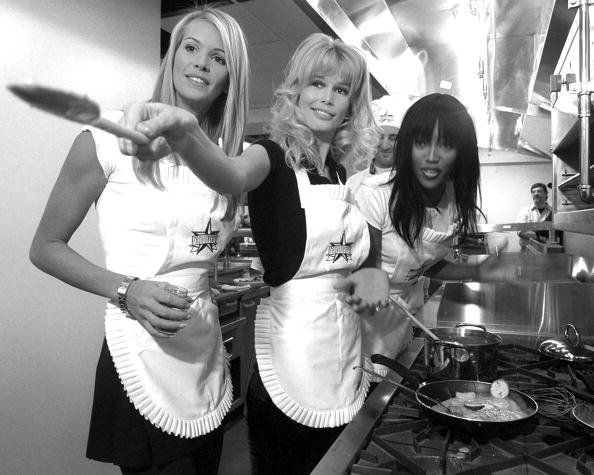 1 / 14
Elle Macpherson, Naomi Campell, & Claudia Schiffer
On the opening of their "Fashion Cafe" in 1995 Claudia Schiffer said: "I love chocolate. We love so many different things...We have french fries, hamburgers on the menu." (<em>Bangor Daily News</em>)
WireImage