Human objectivity is a myth; the pretense of it is fraud. Keith is not a fraud, and no one is objective. From "gotcha" questions to softball ones, from editing to news prioritization, humans are biased by nature. Honesty in reporting should never pretend otherwise. On the other hand, the facts have to be true; those two requirements are what make Keith, Ed and Rachel honest journalists. It is the latter that separates them from Fox, not their difference of opinion, but their fidelity to the facts. The former is what separates them from the mainstream media. As any movie director can tell you, a story without a point of view is not a story, it is just raw data, and even then, the choice of data will depend on the reporter's bias. In other words, allowing the viewer to know the source is not less objective journalism, just more truthful.
One example, taken from the Daily Show, has Jon Stewart playing a clip from Savannah Guthrie asking the President if voters might conclude "you are still not getting it?" Without going through Stewart's routine, that is not an impartially minded question.

Had it been me, I might have asked, "Okay, so if the message is the problem and you are the messenger, wouldn't then the problem be your lack of leadership?" or "Most of the supporters you lost did not go Republican, they just stayed home, do you believe you have traded your roll as leader for the one of conciliator? That those who stayed home needed you to fight for them, not to make friends with the enemy?" Perfectly valid questions. But again, not impartially minded. No such mind exists; it is time to debunk the idea of unbiased reporting. Just tell me where you are coming from, and do not lie about the facts. That is honest journalism.

A long time before Citizens United, I remember when Congress barred Ted Turner from taking over a network, questioning his editorial hands off promise and at the same time, allowed GE, the country's largest defense contractor, to take over NBC. No conflict of interest there, right?
Regardless of whether Keith's suspension is lifted or not, with the Comcast takeover of NBC and Hollywood liberal Universal and given its death to Net neutrality agenda, if progressives are to have a voice, they will have to find it somewhere else. The world as we know it is squeezing us out.

Just days before the suspension, Howard Fineman was evaluating the predictions on effect of the Citizens United ruling, he said: "Well, the Supreme Court was wrong, but we were wrong also because, obviously, we are still here."

GE/Comcast are actually validating the Tea Party paranoia (or not) of having our country and freedom taken away by the "powers that be". Once all rational voices have been silenced, it will be too late for even "second amendment remedies." There will be nothing left to fight for, as there will be no one left to tell us the meaning of the silence.

I think it is time for liberals and progressives to rise or there may be no time at all.
We need our own news outlet. Keith, Ed and Rachel, Feingold and Grayson, the congressional progressive caucus, George Soros and Arianna and The Huffingtong Post, it can be now or it could be never. Please help us organize, we need a leader, we need a channel to keep the light on; ideally a co-op, such as Southwest Air, owned by the workers, safe from takeover or corporate greed.

For all that is rational, for those who remember McCarthy, for those who have seen repression, let's turn a bright light on before a new era of darkness sets upon us.

Soon there may be no one standing. I lived through the same process many years ago. Today is Keith, tomorrow maybe a friend, then as it goes down the list of all us writing here, all you will hope for is that when you hear a door being knocked down, it is your neighbor's and not yours.

Journalism in the World of Citizens United: the Keith Olbermann Lesson
Silent Scream 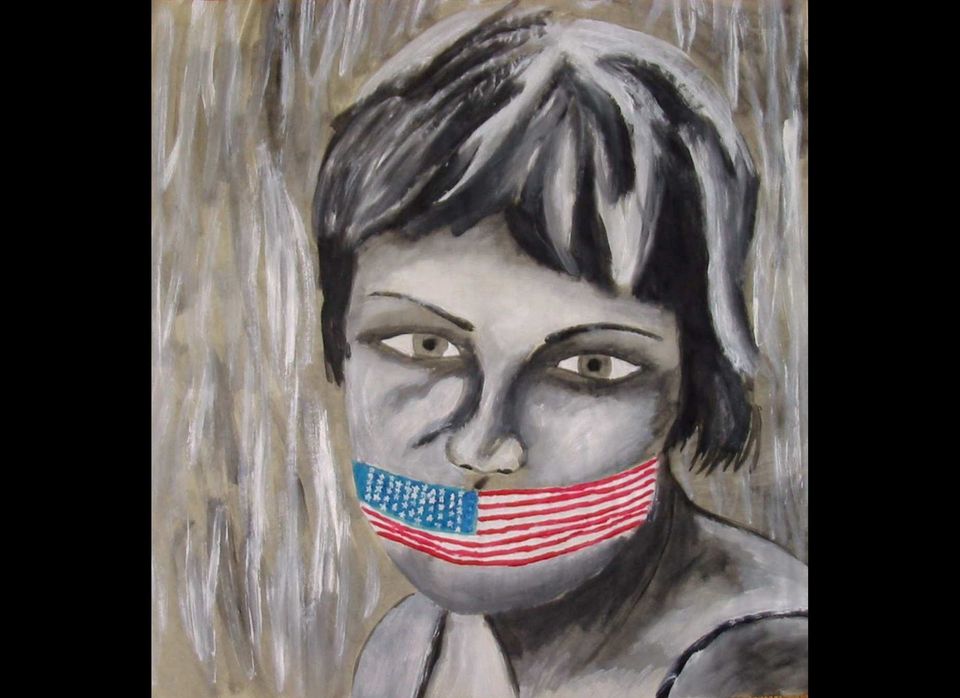