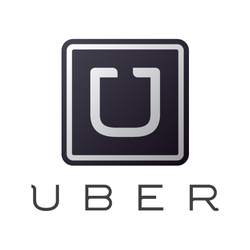 Yesterday it was announced that David Plouffe, former campaign manager for Barack Obama (among other things) was joining Uber, the taxi app, as a "campaign manager" there as well, to build out the potential of the brand.

It's a good move for Plouffe. Uber was recently valued at $18 billion. That's pretty good for a taxi app.

I have used Uber and I like it. A lot.

Living in Manhattan, there were times, like at the notorious 4:30 shift change, when it was just about impossible to get a cab. Uber has solved this problem forever. Also, the cars are cleaner, the billing is done behind the scenes and the drivers all remarkably seem to know where they are going -- unlike many NYC cab drivers.

Uber is but the latest success in the use of crowd sourcing married to an iPhone to solve a problem (and create a very valuable company in a very short period of time).

If you take a look at the most successful companies that are purely derivative of the web (as opposed to old companies that have been jammed into the web), you get an interesting (and very valuable) list:

The list goes on and on. And so do the zeros attached to the valuations.

But all of these companies have one thing in common. They are all 100 percent driven by what we might call User Generated Content. That is, all of their "guts" are created not in an office or by employees, but by 'regular people' simply putting 'stuff' into the iPhones. Uber is no different.

At the same time as these companies are reaching astronomical valuations (and more are being added all the time), older companies are fast going out of business.

I am particularly concerned with the journalism business (as a graduate of Columbia University's Graduate School of Journalism). When I graduated, journalism was a hot ticket. There were lots of places to go to work. Today, there are few and even they are evaporating fast. Last week, Clay Shirky published what is pretty much the death knell for newspapers. Television news is probably 10 years behind papers, if not fewer.

Can we save journalism?

Most solutions I have read so far come down to the NPR model. Which is not a business, interesting though it is.

There are an estimated 1.4 billion smart phones in circulation around the world.

While most major media companies look at smart phones as a place where you can read The NY Times or access Facebook, they are also what I would call "nodes of content creation." (Where do you think all the Tweets come from? And who do you think is making them?)

Is it then not possible use these 1.4 billion phones to do more than send out tweets or order up taxis?

Could we create a reversed kind of news organization -- one in which the content flows not to your smart phone, but from it?

Could we enlist even a small percentage of those 1.4 billion people all over the world to put journalism into the system instead of taking it out?

A world without journalism would not only be a poorer place, it would be a very dangerous place.

Clearly, we can't depend upon newspapers or even television or radio news to keep us informed. Those models can't turn a profit. They have almost no value.

And if Uber is worth $18 billion, what could an app that gathered and aggregated news and information on a second by second basis from a billion sources all over the world all the time be worth?