Count journalists among those frustrated with the state of the media.

The Indiana University School of Journalism recently surveyed 1,080 journalists, and found that a majority of respondents believe that journalism is going in the "wrong direction." 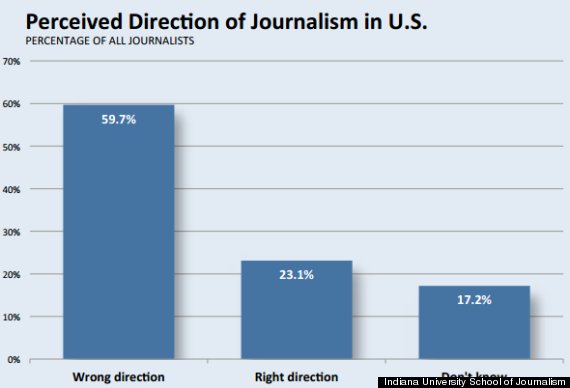 The study explored a number of issues, including the demographic profile of journalists and job satisfaction. Merely 23.3 percent of respondents said they were "very satisfied" with their jobs in 2013, while more journalists named "declining profits" as "the most important problem" facing the industry than anything else. Visit the full report for more.