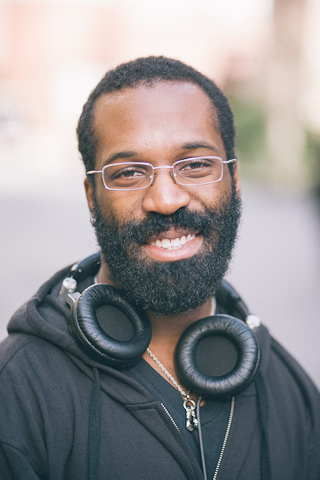 Tochi Onyebuchi is a Columbia Law School, NYU's Tisch School of the Arts, and Yale graduate with strong experience in both domestic and international legal work and research. He has studied extensively in France, conducted research in the Balkans, and worked on a team to help secure habeas corpus relief for a man unjustly imprisoned in Connecticut. He has appeared in Nowhere Magazine, Asimov's Science Fiction, and the critically-acclaimed anthology Panverse Three.

In our conversation below, we sat down to discuss the perception and reality of bipolar II disorder, alongside mental health issues such as addiction and comorbidity.

Were you a teenager when you were diagnosed with depression?

The formal diagnosis happened at some point in high school.

What led you to consult a doctor in the first place?

The day before I turned 11, my dad passed away from chronic myeloid leukemia. I don't have many memories of that period when he was sick; the disease was very quick with him. I went into middle school and didn't notice anything wrong, but part of it was that I just refused to process it. When you get to that state of emotional constipation, pain starts to build up, and I would have these severe downswings in mood. I went to see the school therapist and that's when I got the diagnosis, as well as my introduction to talk therapy.

One of the best parts of about talk therapy was its way of teasing these things out. You wonder if your disease defines you, because it's made up of your materials. I didn't know where the disease started and where I ended. For instance, I was seeing someone a while back, and she canceled on me. I felt really shitty, but I wondered if it was because the date was canceled, or if it was the depression tacking onto some sort of trigger.

Right. You can never be like, that sucked, and leave it at that.

Exactly. If I feel particularly ambitious about something, I wonder if I'm adequately judging my own capabilities, or if that's the onset of a hypo-manic state.

Your diagnosis changed from clinical depression to bipolar II disorder. How did that come about?

I didn't get diagnosed with bipolar until my first year of law school. I figured the hypomania was just a coping mechanism to fight my depression and make up for the lost time I was paralyzed with grief. I proactively started therapy in the fall of that first year because I knew law school would be very intense. I also struggled with substance abuse issues in college and through my first year of NYU, so I really wanted to get a hold of that and make put together a support system for myself. The night before a fall semester exam, I had a breakdown, so I checked myself into the nearby mental health unit. As the therapist listened to my tendencies and predilections, she said, "Are you sure your diagnosis is clinical depression, because it's starting to sound a lot like bipolar II." There was a huge weight that settled onto my shoulders because it meant the coping mechanisms I relied on were part of the disease.

Was it still informative?

Yes, because despite the depression diagnosis, I still had questions and various behavior patterns I couldn't explain. The shift in diagnosis put all the pieces into place, but the temptation is to use it to explain everything, when human beings are much more complicated than a mental health diagnosis. [Laughs]

But medicine and medication do rely on an accurate diagnosis.

That's what it was really helpful for, in part because I wasn't taking medication for depression. Untreated bipolar II episodes get more severe, with an emphasis on depressive episodes.

Hypomania is an interesting topic because when seen separately from bipolar disorder, I think many people would want to be hyper-productive.

There are times when it feels like a superpower. In high school, I wrote a novel a year, between 100,000 to 150,000 words. It was dope, it was me, but it was the epitome of hypo-mania. One of the biggest challenges at this point in my life is being okay saying, "It's all me." I know that intellectually; it's just getting the rest of my body to realize that.

You've touched on your battle with addiction alongside bipolar II. How have you dealt with the challenge of comorbidity?

Part of it is just prioritizing staying alive. [Laughs] When I was into my cups, I was trying to head towards oblivion. The thing about drinking and bipolar II is that bipolar II has a higher suicide rate because you can have what are called mixed states. The combination of the more intense and frequent depressive episodes with the capacity for mixed states, means that you'll have symptoms of hypomania with the depressive stuff at the same time. When you have the energy and impetus to act on depressive energy, that's when you get to suicide attempts. A lot of times, that's what activates self-destructive impulses like over-drinking. I don't know that I could've identified the bipolar diagnosis if I hadn't stopped drinking. I needed to clear my head out before I could figure out the other stuff.

If someone else is struggling with mental health or similar experiences to yours, what would you say or do?

More than anything else, I'd try to let them know that they're necessary. We need you here, and it may not be obvious what you're here for, but we need you to stick around until we can find out. If they can, try to talk to someone and get help, but it's necessary to recognize that not everybody has the same access to resources. I went to a private high school and university, so I had access to all these resources that a lot of people, especially for people coming from communities of color, don't have.

More:
healthy livingbipolar disorderbipolar-disorder-treatmentbipolar-disorder-symptomsdepression
Newsletter Sign Up
The essential guide to taking care of your mind and body
Subscribe to HuffPost’s wellness email
Successfully Subscribed!
Wellness delivered to your inbox