Ma Soumah, mother of six in Forécariah, a district in Guinea at the epicenter of the Ebola outbreak where it all started over a year ago, lost her husband to the virus. He was taken away from his family and never seen again. Soumah became infected while looking after him, but was turned away from the health facility, due to poor health worker training, even though she was clearly exhibiting Ebola symptoms. Even now Forécariah doesn't have a place to test blood samples.

She eventually went back to the facility over the objections of her family, who thought she would be safer with them, and was transferred to the treatment center where husband died. Soumah believed it was unlikely she would be cured, but at least she would die in the same place where her husband passed. Miraculously, she survived.

Bordering Sierra Leone, Forécariah is 60 miles and over four hours of bumpy, dusty, traffic-laden routes out of the country's coastal capital of Conakry. With only a small portion of Guinea's 12 million people, Forécariah's population of 136,000 represents 80 percent of all new Ebola cases since January.

Dr. Sakoba Keita, Guinea National Coordinator for the fight against Ebola, describes Forécariah as "the snake's head" of the Ebola crisis. "If we can address the issues preventing the control of Ebola in Forécariah, then we can go a long way toward eliminating Ebola in Guinea." 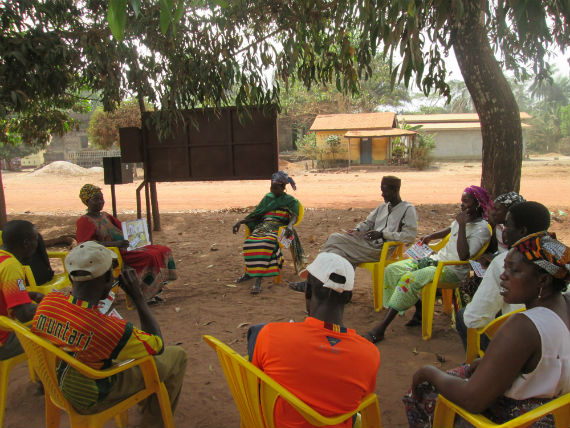 Shortly after arriving in Forécariah, I asked the manager of The Ebola Platform, the group coordinating non-governmental organizations like ours, what the principle challenge is to reaching zero cases. The answer-- community resistance.

Much of this resistance was a backlash against the "hard approach" (here he smacked his hands together to enforce his point) taken in the initial stages of the intervention. Messages about prevention and management of Ebola were delivered by outsiders - without any involvement of community leaders. No trust was fostered. No one knew what was going on. Rumors started that thermometers and the chlorine mix used for disinfecting public spaces and hand-washing were actually tools to spread Ebola.

Because of these and other early missteps, it took months for health workers to gain the trust of the community. In November 2014, Amref Health Africa came to Forécariah and began speaking with community leaders to learn how they could put health protocols in place while still respecting traditions and culture. After a month of consultation, we decided that the best route would be to avoid direct intervention and instead, work though Community-Based Organizations (CBOs), trusted and known members of the community. Over the next few months, Amref Health Africa trained a number of people from local religious, youth and women's groups to go door-to-door with educational materials and sanitation kits, and to identify individuals with Ebola symptoms. 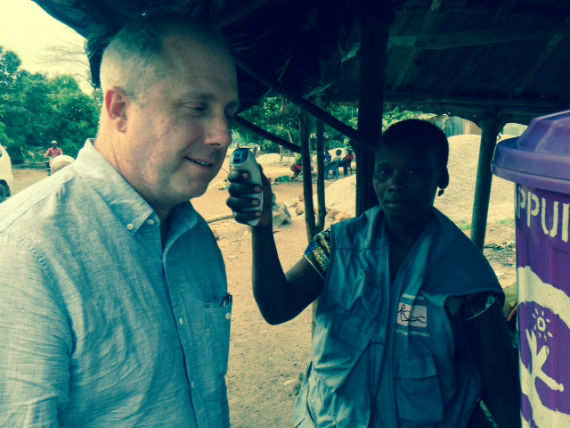 While it took months of work to overcome those early mistakes, residents of Forécariah have since grown accustomed to the basic protocols of hand washing and temperature taking. But when it comes to adopting safe burial practices, there is still significant community resistance. During my recent trip there, a taxi carrying a fully dressed corpse, complete with hat and sunglasses, was stopped at a checkpoint. The six passengers were arrested and put in isolation. According to a survey by The Ebola Platform, 59 percent of the population still doesn't believe that Ebola can be transmitted through a corpse. Health worker after health worker in Forécariah, told me that resistance to safe burial practices is the single, greatest barrier to reaching zero cases.

Clearly the way to eliminate Ebola is through continued education and engagement with the local community. Leading UK expert and past head of the Ebola campaign in Sierra Leone, Donal Brown, puts it this way, "You can't just press a button and change behavior. You can't just sign a cheque and change behavior. It's about person-to-person engagement. It's about verbal communication."

And that's exactly the route Amref Health Africa is taking. 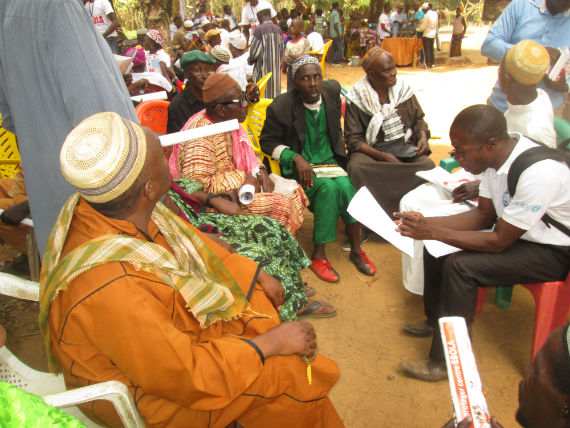 At a 'community testimonial meeting' we organized with Unicef, I met citizens, district government officials and members of CBOs. The CBOs spoke about the need to increase the capacity of their organizations. Government leaders expressed concern that the international NGOs would leave or discontinue funding before the work in Forécariah was completed. Individual citizens expressed their frustrations and shared ideas on how to better educate their communities. Challenges persist and will continue for many, many months, but at least everyone is talking and slowly wrestling that snake's head to the ground.

And Ma Soumah? She was paralyzed for 12 days after Ebola, but has since made a full recovery and is now selling pineapples to support her six children. She's also become an advocate for prevention and improved, quality services - speaking out at community meetings to help ensure fewer people experience what she endured.