Inspired by the many censored figures that have been inked-out or scribbled over on products and magazines across her home country, Al-Saud creates manually altered photographic images that transform familiar, friendly scenes of men and women into ghostly collages of face-less beings. The artworks possess the faint qualities of a snapshot you'd frame and hang on your wall; images of friends slouching for group photos or kissing companions on the cheek, and yet they remain physically devoid of any identifying qualities. The haunting works of art mysteriously conflate the roles of artist and censor. 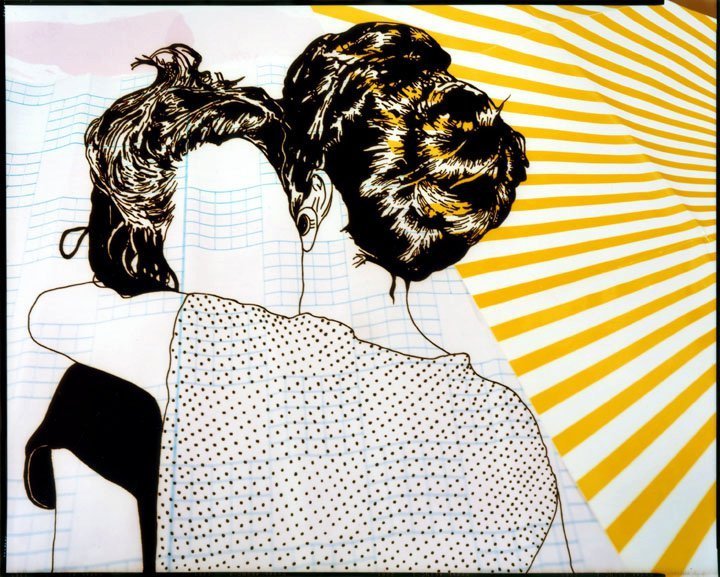 Al-Saud's works may seem like drawings, but they're more fittingly described as an exercise in the malleability of photography. To create her works, Al-Saud shoots actual photographs of her various subjects using an entirely analog method, a process that ends in either 4x5 or 8x10 images. She then scratches away at the photographs' negatives, removing the layer of emulsion, ultimately producing an effect that only appears drawn-on. The artworks are then printed in a traditional color darkroom and collaged with arbitrary backgrounds, resulting in the striking "Out of Line" series.

"The easiest way to explain it is that I make a stencil, but instead of ink coming through, it is light that fills in and blackens the lines," Al-Saud explained in an interview with The Saudi Gazette.

We caught up with Al-Saud in an email exchange this month, discussing the inspiration behind "Out of Line," the artist's relationship to censors in her home country and the role photography plays in her work: 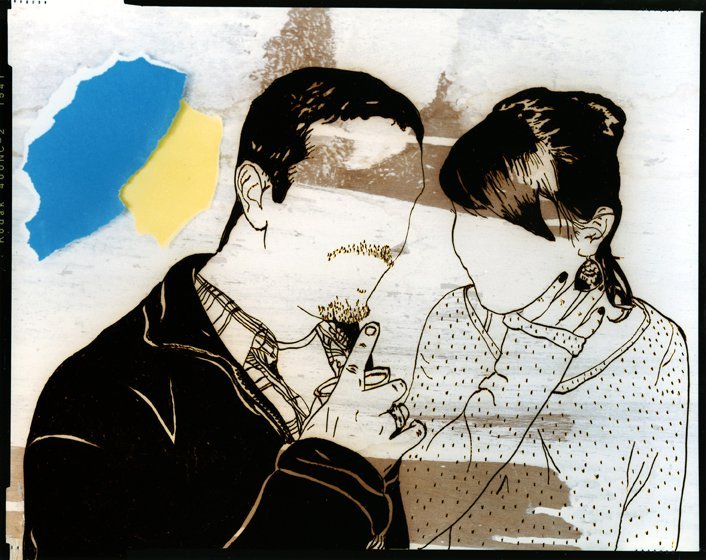 What exactly prompted "Out of Line"? You mention on your website that the project was inspired by censorship practices in Saudi Arabia.

The series started off as a question of what was acceptable in a public sphere. And by that I mean what kind of photography. Portraiture and subsequently the generic snapshot was what interested me as there seemed to be a general resistance to introducing them into public spaces. Some of the advertisements around town had blurred out faces, others did not. The lack of consistency is what drove me down this path. What I discovered is that nothing was legislated and that it all came down to social taboos and privacy issues. But what became more interesting to me was the narratives that started to arise and how simultaneously ambiguous and familiar they were, so the intention shifted slightly.

The artworks function much like personal photographs, yet you've omitted essential, identifying characteristics -- namely faces. How did elements of photography as an art form interact with your work?

Photography has long since been a tool to document the world around us and its authority as “proof” or a mirror of events is rarely questioned outside of academia. I shoot with an analogue large format photo camera and then edit the negatives by hand. The manipulation you see, namely the missing faces and skin, are not digital. This is an attempt to point out how malleable this medium is in hopes that people will question it’s authority as well as the photographer’s role in the telling of these stories. 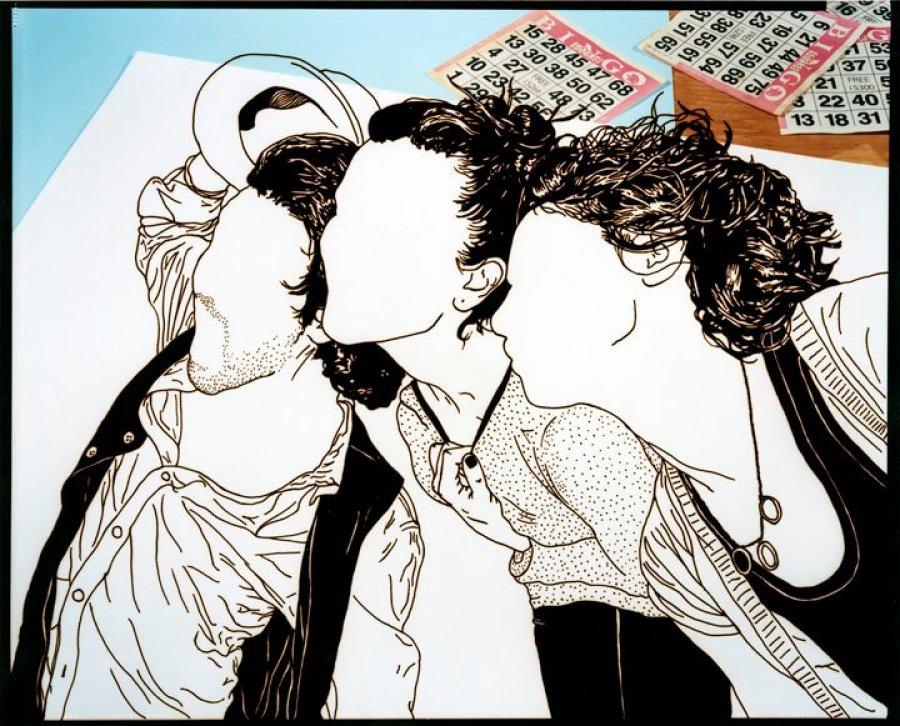 
Your images capture what could be jovial moments, yet the lack of details cast doubt on that assumption and brings an eerie, dark quality to the works -- much like the images of inked out figures created by censors. Was this your intention? How do you relate yourself to the censor, if at all?

Yes, I agree that the faceless figures do have an eerie quality to them. In fact, when I was young I was always uncomfortable around faceless figures, in paintings, etc. The creepy factor was a byproduct, really. I like that the narratives are open ended. It’s more telling of our interactions as human beings and how much we give away with body language. Overall, people seem to respond to the work because it’s familiar. We all have similar snapshots of our friends and families, wherever we are from and or end up, there’s a common ground that these photographs seek to address.

In describing your method of line drawing, you state on your website that "it became a game of how much can you tell with how little." Does this mantra guide in you in other art projects?

Yes, it seems to have always been of interest to me. This idea of obscuring and revealing seemed appropriate for the questions I was raising, but also extends to a large conversation about representation in general and what a photograph really “captures” or “constructs.” The bigger picture here I guess is the impossibility of grasping a true "whole." It’s what photography does on a fundamental level -- it selects parts of a whole much like our memory. 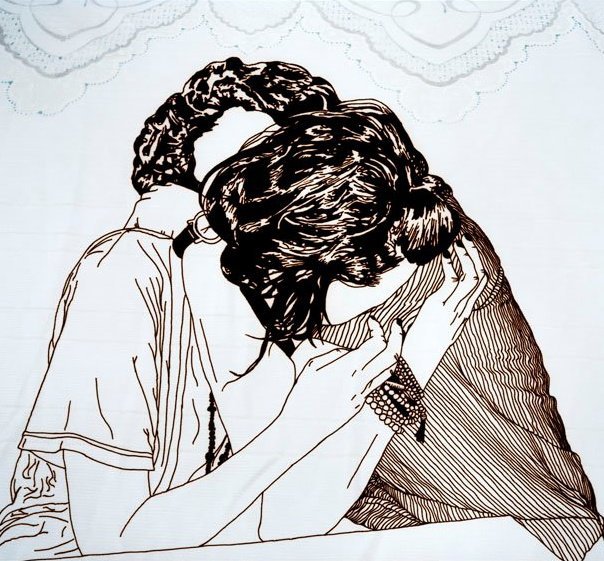 Finally, you were born in Saudi Arabia, but you currently spend time in both S.A. and New York. Do you feel like you create works for two different audiences, or that your role as an artists changes between the two locations?

No, I don’t believe I make work for separate audiences. I think the issues that I’m interested in are more universal even if they sometimes start from a culturally specific place. In this digital age the world has never been smaller and like-minded. People are everywhere, regardless of where they are [physically] from. I think the role of an artist is to be true to the work, and the end result can’t help but transcend boundaries, be they geographic or cultural. I find that they end up bridging these perceived gaps and rendering the foreign more palatable. 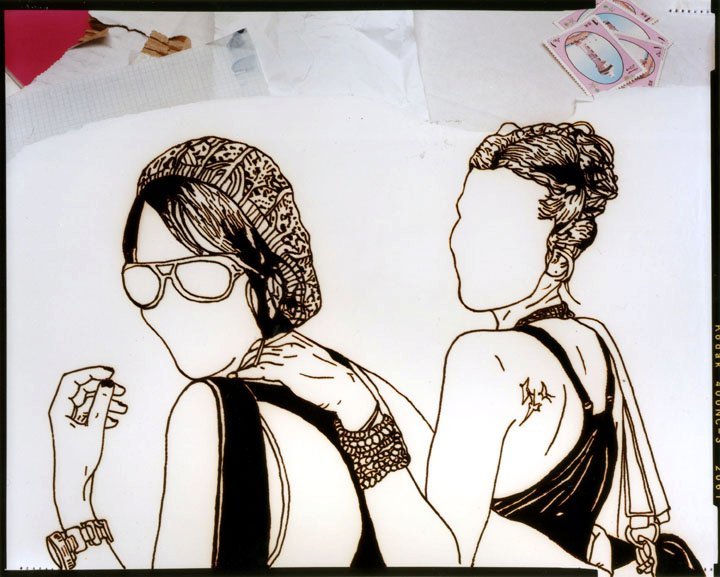 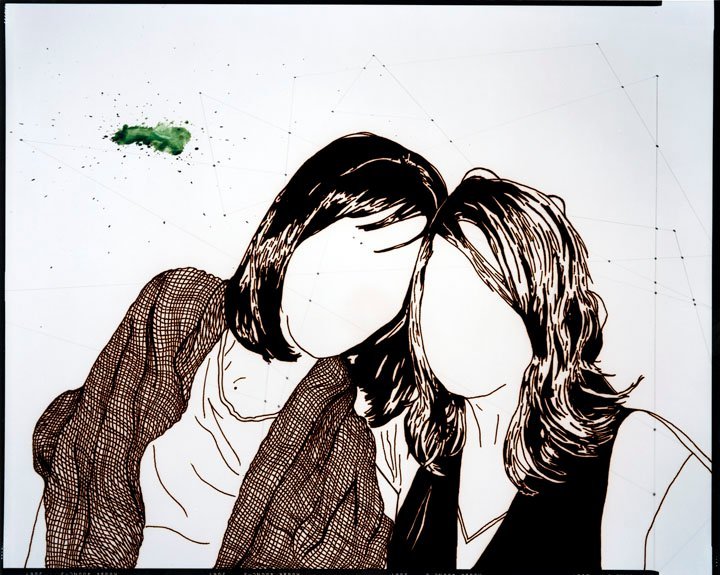 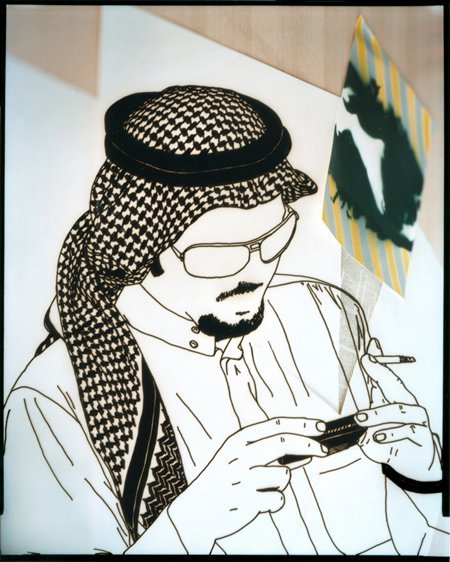 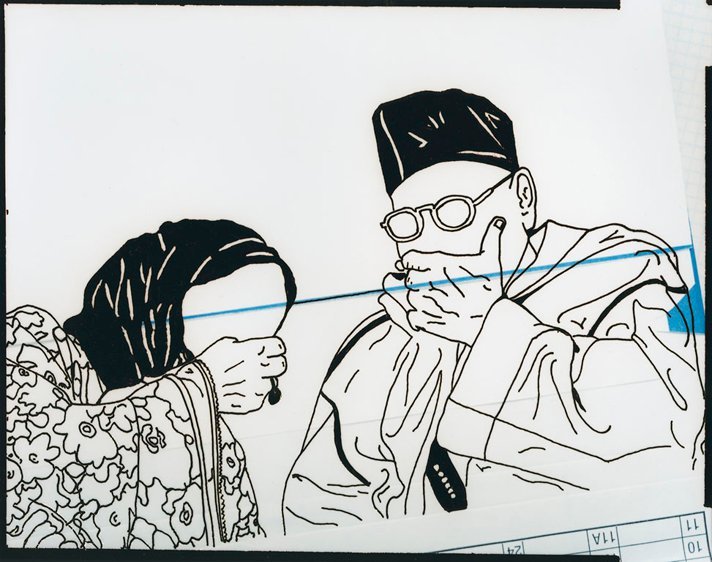 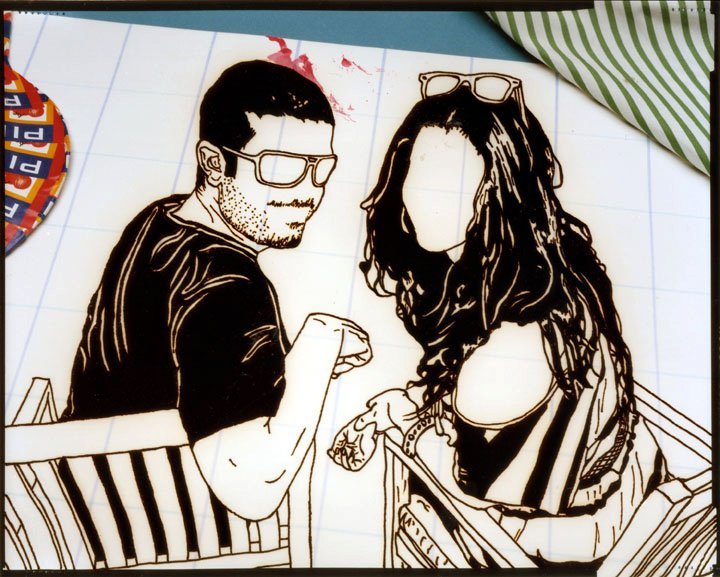 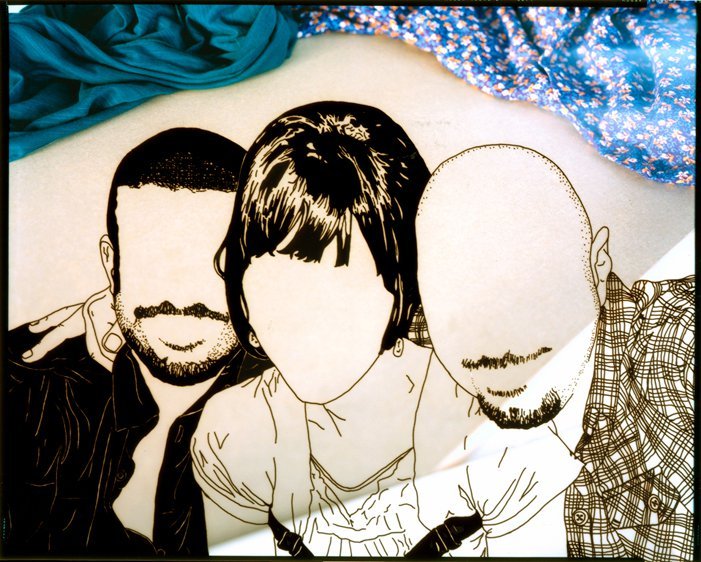 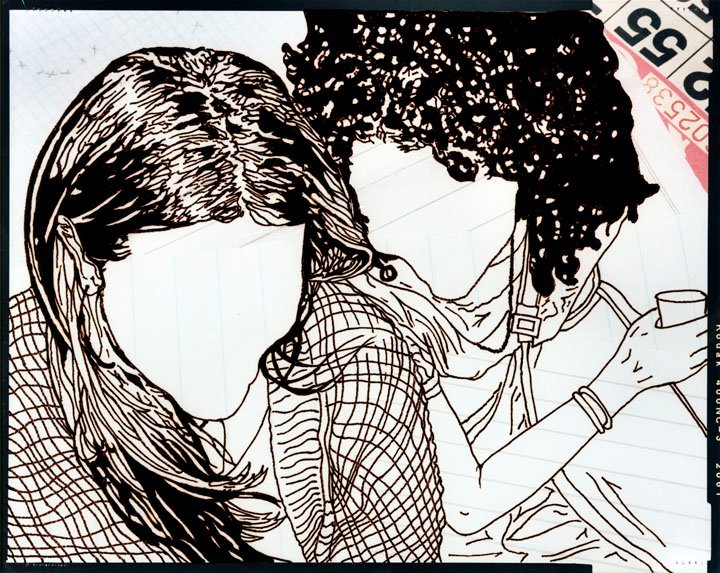 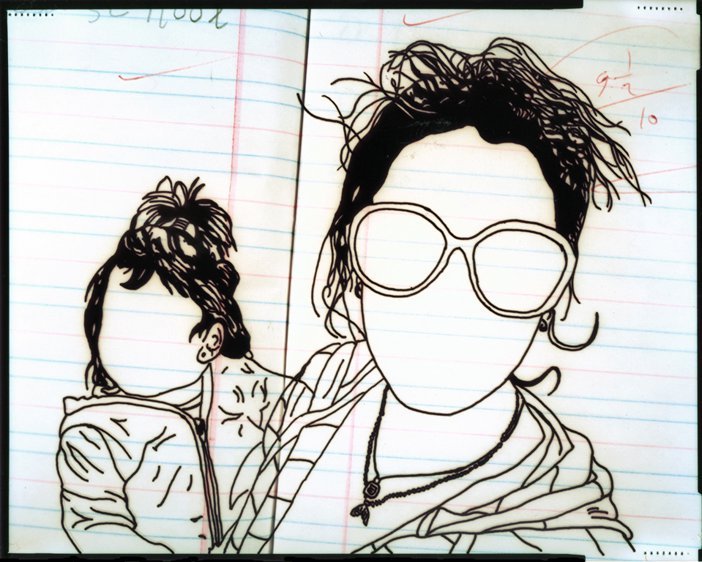 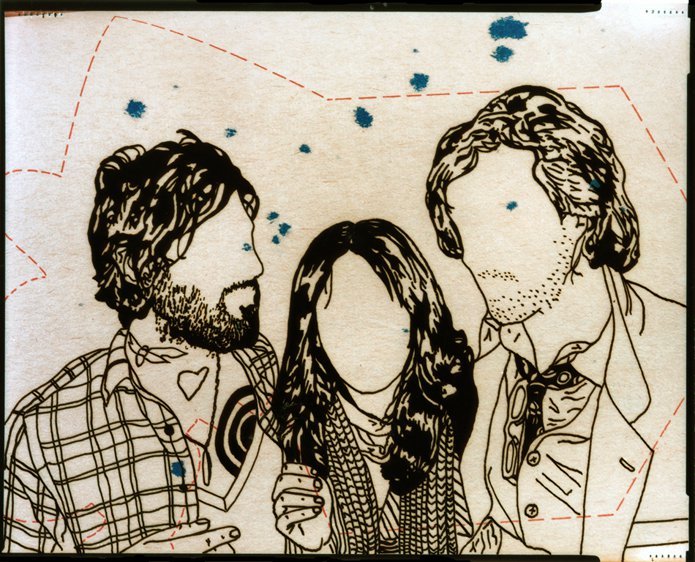 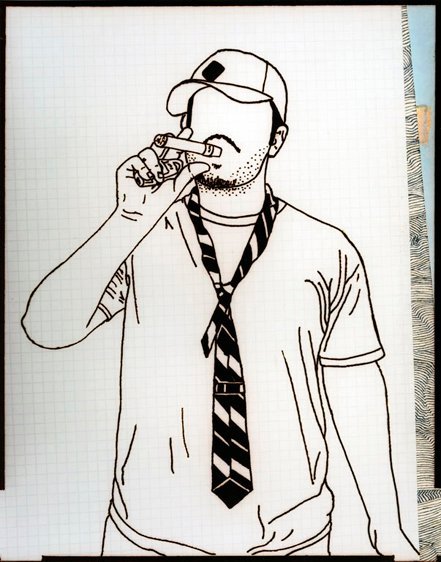