On her HLN show Thursday, Joy Behar explained to viewers why she walked off "The View" during a heated conversation with Bill O'Reilly earlier in the day.

"Today on 'The View,' Bill O'Reilly had a real pinhead moment," she said. "First he said a mosque should not be be built close to Ground Zero here in New York, and then he said this."

A clip rolled of O'Reilly from that afternoon: "Muslims killed us on 9/11."

"Well I was really angry," Behar said explaining her walk-off. "I thought he was saying something that I construe as hate speech, frankly."

Behar hosted former Minnesota Governor Jesse Ventura for a discussion on the situation. Ventura did not mince words when it came to O'Reilly or his Fox News colleages.

"He's a spineless puke," Ventura said of O'Reilly. "The whole Fox won't have me on. The nighttime guys. I call them the three stooges, and we all know which one's Curly. If Glenn Beck isn't Curly Howard's kid*...I view him and Hannity and them as the Three Stooges, because if they can't intimidate you, they won't have you on." 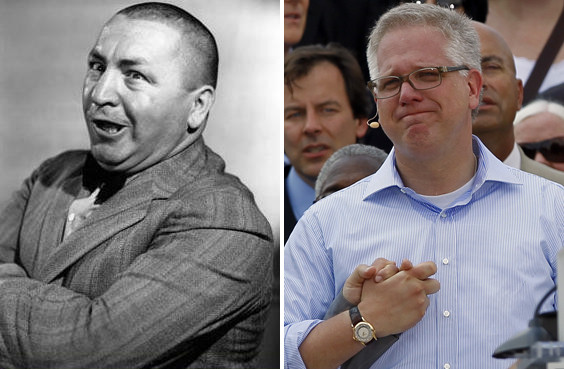