Joy Behar and Whoopi Goldberg strongly criticized the police who pepper-sprayed protesting students at UC Davis on "The View" Monday.

Video of campus police repeatedly spraying a line of students sitting peacefully on the ground during an Occupy movement demonstration rocketed around the Web over the weekend. Goldberg, and especially Behar, did not mince words in discussing the incident.

Barbara Walters wondered whether Linda Katehi, the school's chancellor, would resign. (Katehi has thus far refused.) "The buck stops, it would seem to me, with her," Walters said.

"What about the police captain who allowed this to happen?" Behar said. "He should resign. What are we in, a fascist state now? A police state in this country?" The audience applauded this last comment. Later, Behar repeated her criticisms. "A lot of people watching are too young to remember Kent State ... it's outrageous, this type of behavior!" she said. "It cannot be tolerated."

Goldberg agreed. At one point, she got out of her chair and mimicked the actions of the police. She said there was "no excuse" for the pepper-spraying.

The police chief at UC Davis has since been placed on administrative leave.

Joy Behar On UC Davis Pepper Spray: 'What Are We In, A Fascist State?' (VIDEO) 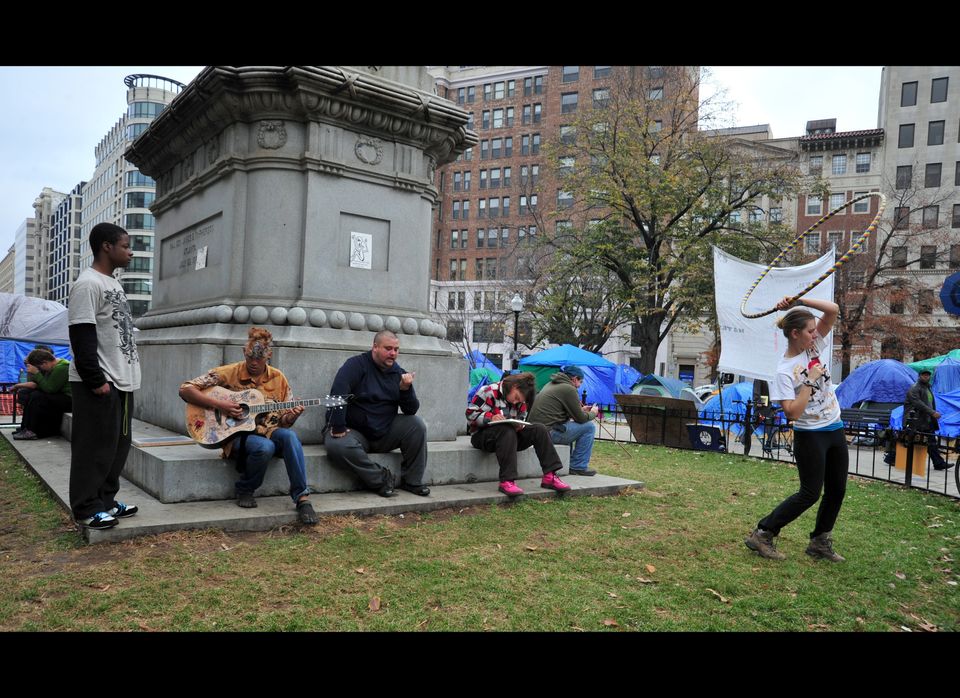 1 / 14
Occupy Movement
Occupy DC protesters in McPherson Square entertain themselves in Washington, DC, on November 21, 2011. Occupy DC popped up spontaneously on October 1, nearly a fortnight after Occupy Wall Street began, while its near-namesake grew out of an anti-war protest that started October 6 after several months of preparation. Unlike their counterparts in New York and elsewhere, however, the movement with two locations in the US capital has largely avoided serious confrontations with the police. AFP Photo/Karen BLEIER (Photo credit should read KAREN BLEIER/AFP/Getty Images)
Getty