A Canadian woman has set a very high bar by singing a very low note.

Joy Chapman, a singer from Surrey, British Columbia, has officially set the Guinness World Record for “Lowest Note Ever Sung By A Female.”

Chapman’s noteworthy achievement came in February after she hit a C# note at 34.21 hertz (cycles per second) with her talented pipes.

Chapman has been singing all her life and noticed her voice was more versatile than the voices of other singers.

“I was in choirs throughout school and church, but when they scaled my voice for placement, it was realized that I not only could go extremely high but also low,” she told Guinness World Records. “Choirs are notoriously short on male voices, and so ‘Joylow’ was born.”

But it was only in the last few years that Chapman decided to take a deep dive into doing low notes.

“Working with many vocal coaches over the years, I found it strange that they did not want me to continue scaling down the piano,” she said. “They always stopped part way and just said, ‘that’s low enough, you’re freaking me out now.’ I didn’t realize why they stopped me or that what I had was so unique.”

But with the help of her niece, who is also a singer, Chapman began researching the lowest possible note a human being could sing.

Her niece discovered that in 2019, British singer Helen Leahey sang from a D5 to a D2 note at 72.5 hertz, but she was confident her Aunt Joy could beat that.

You can see Chapman win the high honor for the low note in the video below, but don’t get too attached to that record.

Chapman said she’s confident she can sing even lower and plans to raise the bar even higher in the future. 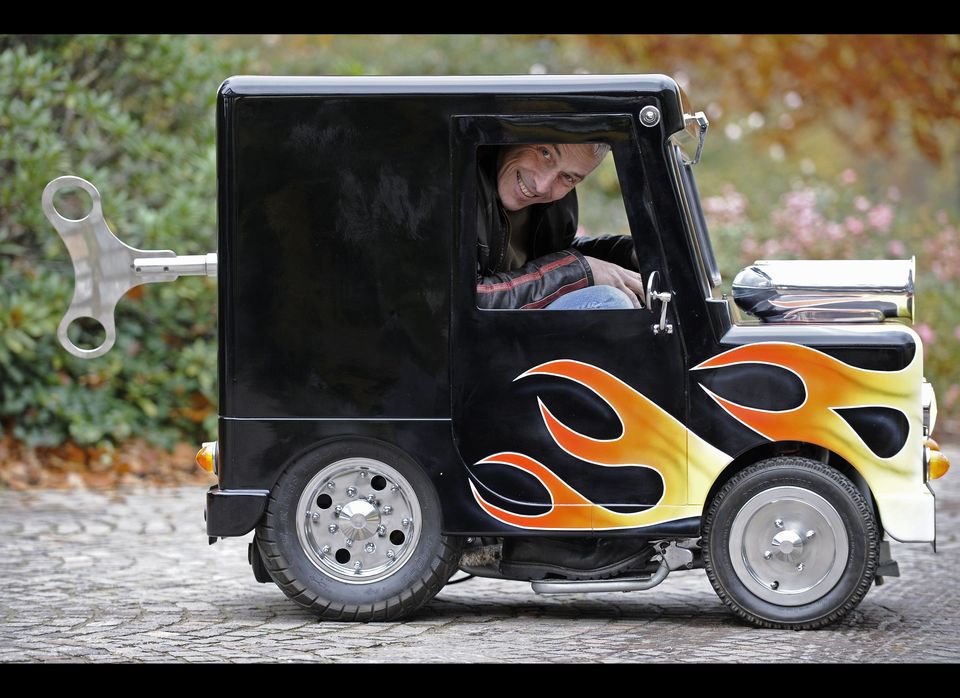 1 / 14
World's Smallest Car
British constructor Perry Watkins sits in his "Wind Up" mini car, listed as the world's smallest car with a license to drive on public streets, in Essen, Germany.
AP