The spirit of the season is generosity. Eight toys for Hanukkah. A partridge in a pear tree and 11 other quirky presents. Black Friday. Cyber Monday. Giving Tuesday.

It’s the thought that counts. And the thought is good-hearted. That’s why the season works so well.

To keep it all rolling happily along, however, workers need to earn enough money so that they can afford gifts and charitable donations. With wages stagnant for decades, that’s increasingly difficult. 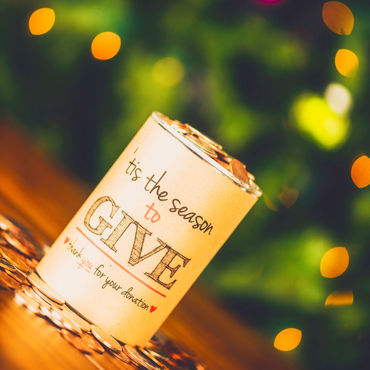 In keeping with the figgy-pudding and potato latke traditions of the holidays, here’s a recipe for delivering joy to workers so that they can spread holiday merriment:

Top it all with campaign finance reform

Start by combining legislation forbidding both scabs and lockouts. These are two weapons corporations use to ratchet down wages, ruining workers’ holidays.

Right now, for example, Sherwin Alumina and ATI have locked out their loyal workers and replaced them with scabs. That’s thousands of workers forced to walk picket lines and depend on USW lockout assistance and food pantries for holiday meals rather than donating to them.

Prohibiting lockouts and scabs would slightly shift the balance of power toward workers. That’s completely justified considering corporate profits are at record levels while wages are walking backward, lower now than in 2007.

Next, add to the mix a raise to the minimum wage. No one who works full-time should live in poverty. The current $7.25 minimum, moribund for six years, is a Dickensian disgrace, a Bob Cratchit-level degradation.

Increasing the wages of workers at the bottom to $15 an hour will force up the pay of everyone else as well. All workers benefit. Happier holidays for all.

Trade law enforcement must be blended in next. Failure to immediately punish trade law violators has pummeled commodity producers – like aluminum and steel.  Mills are closed. Thousands of workers are laid off. No merry holiday for them. Or their communities.

Several foreign countries, but particularly China, illegally prop up their exporting manufacturers. Not only that, they’re also overproducing, flooding the world market and crashing prices.

Workers need laws enabling the government to impose punitive tariffs before American mills close and families suffer. In addition, the government must file and prosecute trade cases to defend American industry, not force labor unions and manufacturers to do it.

The next step in this recipe is pulling currency manipulation out of the international market. Ending this underhanded trade cheat is crucial

Countries including Japan and China deliberately devalue their currency in order to automatically discount the price of their exports, so every day is Black Friday for their international customers. Making matters worse, this scheme simultaneously marks up the cost of products that U.S. manufacturers try to sell in currency-manipulating countries.

This makes for very bad holidays in places like Ashland, Ky., where AK Steel shut down its blast furnace earlier this month and laid off hundreds of workers. They join about 4,000 Steelworkers at plants in Illinois and Alabama threatened with holiday layoffs.

The last ingredient, campaign finance reform, makes the whole recipe possible. Nothing will happen without it.

In a democracy, each citizen should have equal influence over lawmakers. The wealthy and fat-cat corporations shouldn’t get special access and treatment because they’ve given millions to candidates. The only way to stop that is to outlaw massive political bribes.

Gifts should be to loved ones and charities, not to politicians. If gargantuan campaign “presents” aren’t stopped, workers won’t be able to afford Christmas gifts because politicians will continue to ignore their needs and, as a result, their wages will continue to atrophy. Then the holiday season will not work well for anyone.

Workers need to make this holiday recipe happen. It would bring joy to their world.