"Right now the mother is about to confront the daughter about the bruises that she's been told about by the school psychologist..."

The evening began with Joyce Carol Oates reading out loud for the first time a piece from her catalogue. Upon completion, Ben Arthur and Ted Leo, in that order, played the new songs they have written in response.

It's songwriter Ben Arthur's contention that all art answers other art. The excerpts below are from "Why Is Your Writing So Violent?" by Joyce Carol Oates. I was inspired to read the piece after the eclectic Tuesday evening at Joe's Pub. I encourage you to do the same via The New York Times. This was not the piece read at Joe's Pub. 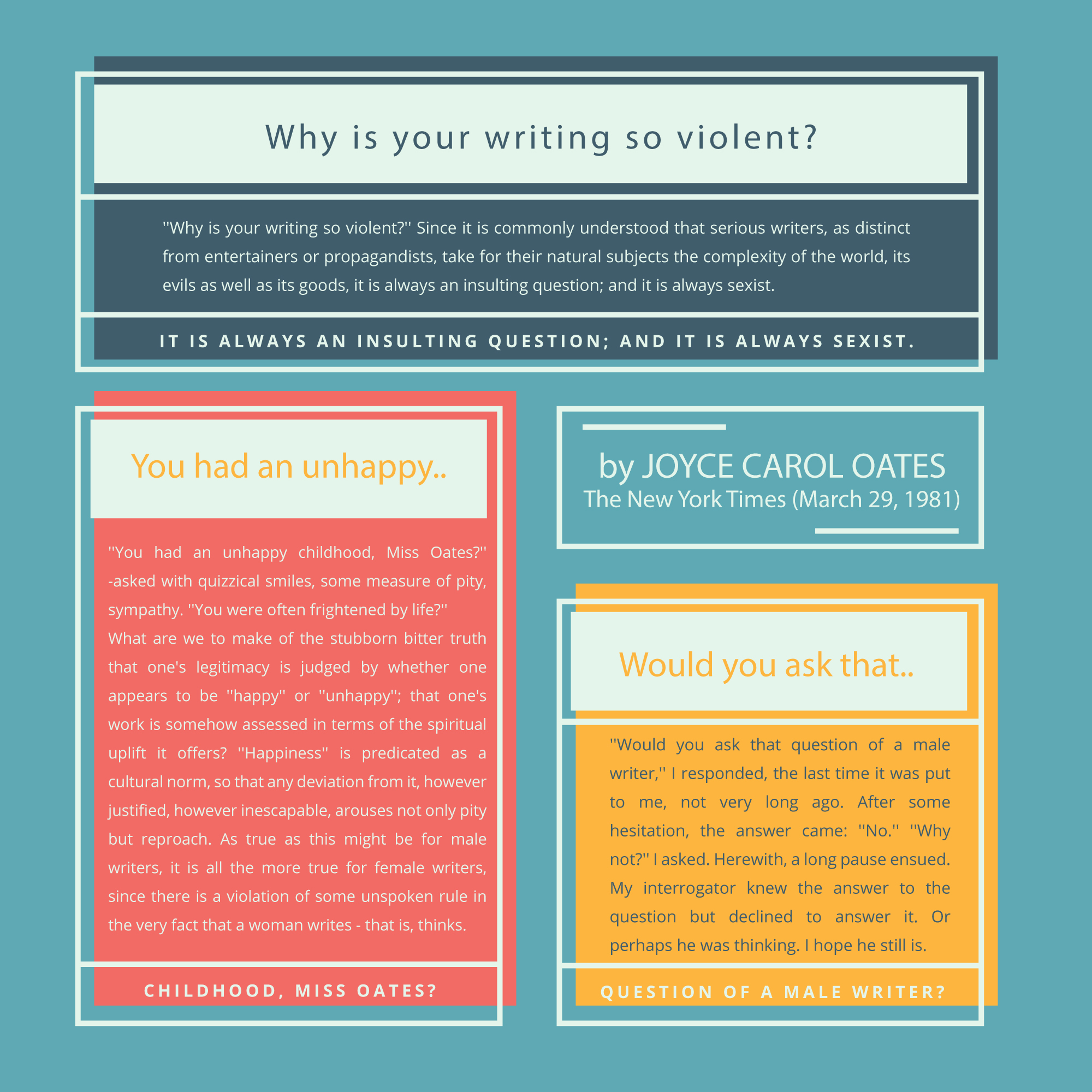 Art in reaction to other art, my drawing of @MyHeart playing a personal song inspired by @JoyceCarolOates @JoesPub pic.twitter.com/GflO47DanE

Really enjoyed this conversation on songwriting and the touring grind between @tedleo and @MyHeart for @believermag https://t.co/fumyglK1lL