I was reading a book I wrote when I realized: I had to give up drinking.

This happened a few months back. I had just finished writing this novel, and was reading it over one more time, the way I always do before a piece of my work is published. And it was hearing my own words about addiction to alcohol, spoken in the voice of my fictional character, that revealed to me what my daily morning headache, and my trips to the recycling bin with all those empty bottles, had not.

There was a reason why I had been able to get into the head of a woman who had a problem with alcohol. I had one too.

The narrator in my story is not me, but like so many people I know -- women in particular -- she used wine as a way of dealing with stress and sorrow in her life. Like me, she never called herself an alcoholic because she never got drunk. She just drank. Too much. And where some people can enjoy wine when they have it, and feel fine when they don't, she can feel the bottle calling to her at the end of the day. As it has called to me.

The narrator of my new novel gets a DUI and loses custody of her child -- something that never happened to me during my many years as a single parent raising my three children. But her story is one I can relate to.

It was those years after my marriage to my children's father ended -- when wine became, for me, a companion, almost a lover -- that my occasional glass of wine became a nightly ritual. One glass turned into two glasses, and sometimes three, and I recognized that I was watching the clock for the magic hour of 5 p.m. when I could legitimately open the bottle.

I never got drunk . I was just "taking the edge off". But I also recognized that reaching for a glass of wine, or three, had become my response to stress or sorrow in my life. And like most women I know -- most human beings -- there was generally plenty of that.

I am not alone. Many of the women I know around my age have acquired a drinking habit like mine. Divorced, or widowed, or married but facing the strains parenthood, of aging, or caring for aging parents, experiencing health challenges, financial challenges, and the growing awareness of all the dreams we hoped for in our youth that will go unfulfilled, we find comfort in the consumption of alcohol. What's the matter with that?

Just over four years ago, driving home from a dinner party -- one of those great, warm summer evenings out on the porch when the host keeps topping off your glass of Chianti so you never quite know where you stand -- I saw a flashing blue light in my rear view mirror. Five minutes later, I was reciting the alphabet backwards for the police officer and getting out of my car to demonstrate my ability to walk a straight line. Not well enough, evidently: I was handcuffed and brought to the police station to take a breathalyzer test.

I passed the test. They let me go with no charges other than a speeding ticket..

This should have been the moment when I gave up drinking. Only I didn't. I just gave up driving if I'd had even one glass of wine -- something that's not easy to accomplish if you live on a mountain and you're single, as I was at the time, and you'd like to get together with your friends now and then, and they don't live within walking distance.

I told myself I was not an alcoholic. I knew this because I took an online test to determine whether I might be. The fact that I took this test might have been sufficient evidence to suggest otherwise, but as with the breathalyzer, I passed.

But I recognized that I had an unhealthy relationship with drinking. And because I am also the daughter of an alcoholic, I knew what addiction looks like, and I knew that I carried a genetic predisposition to substance abuse.

Not long after that night I was pulled over, I met the very good man (and good driver) to whom I am now married. I was happy, and in love, and I loved that moment at the end of our work day when we'd sit outside and have a glass of wine together. After all those years on my own, I celebrated the experience of having a partner at last. If I had a second glass of wine -- or if we killed the bottle, even -- where was the harm in that?

A little over a year after the wedding, my husband was diagnosed with pancreatic cancer. The first doctor told us it was probably inoperable.

The grief was crushing. And though there was much I would do later -- including finding a surgeon who offered us real hope -- the first thing I did, when we got home after getting the news about Jim, was to pour myself a drink.

Over the year that followed -- of chemotherapy and radiation, then a 14-hour surgery, then months of pain and ongoing uncertainty about the future -- it was Jim's illness I used as my excuse for not giving up drinking. "It's a small comfort at the end of a hard day," I told my friends (though really the person I was telling was myself). "I am letting myself have this gift, for now." If it even was a gift.

I finished my novel -- the one about the woman whose relationship with wine leads to a disaster in her life. All those months, as I wrote her story, I kept drinking my wine.

Slowly, my husband recovered from the surgery. Though he is not out of the woods, his most recent MRI revealed no evidence of disease. To celebrate, we drank.

Then the galleys of my new novel arrived. As I read them, I considered my assertion (so frequently repeated over those months) that I would give up wine when life was easier. Now I asked myself, just when was that day going to come -- for any of us? What did it mean to imagine that you can wash away an aching sorrow or an ongoing anxiety with a little Zinfandel? What was I accomplishing, when I raised the arms of the corkscrew (the corkscrew that looks, I have at times reflected, so much like a woman), besides numbing my senses from taking in the full weight of what's going on in my life?

When I gave up drinking. I didn't say I'd never again know the taste of wine. I only tell myself that I cannot drink today. And though sadness and worry are still part of my life -- as they are for us all -- for a few weeks now I've been facing them without wine.

I won't claim to have come out the other end of this struggle. I'm not sure if any of us who feel the pull of an addiction ever does that. But I am feeling strong with my decision, and strong, period. And because it has been my way, for most of my life, not simply to live through my struggles but to share them, for the next couple of weeks I'll be talking about this one here.

(To be continued next Monday.) 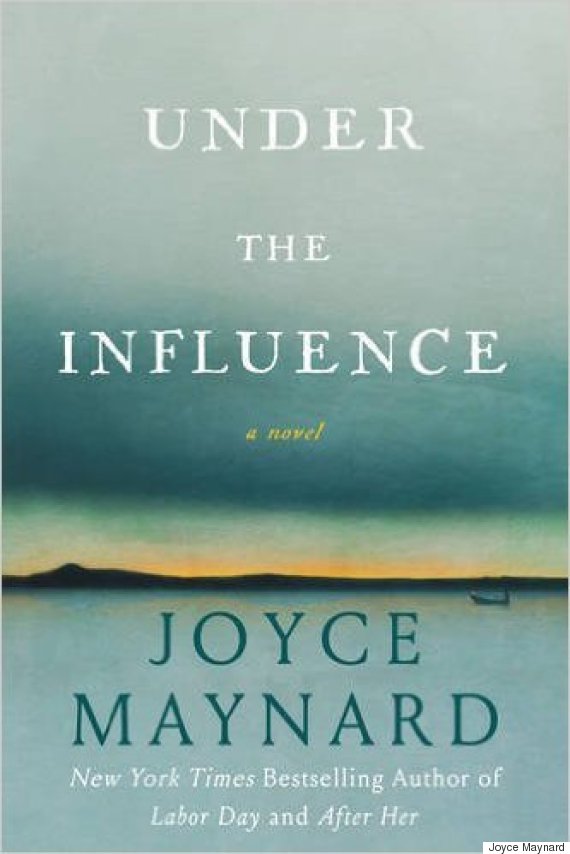