J.R. Martinez conquered "Dancing With the Stars" this year and now he's moving on to an even bigger challenge: Fatherhood.

The soap star and "DWTS" champ is expecting his first child with girlfriend Diana Gonzalez-Jones, he revealed to PEOPLE.

"2011 has been full of a lot of surprises and opportunities and ultimately, a lot of blessings," Martinez said. "Diana and I were just asking ourselves, 'How is 2012 going to top 2011?'  Well, we have our answer!"

And it looks like the Iraq war vet will be a dancing pro when it comes to any father-daughter dances. The actor and Gonzalez-Jones, who started dating last year, recently found out they are expecting a baby girl.

"I can't wait to show her everything," Martinez said about his daughter. "I want to get her into sports and I want her to know she can do anything and be anything she wants to be."

Hopefully Martinez, who had a whirlwind fall after competing on and taking home the coveted mirror ball trophy on "DWTS," will have some time to enjoy this exciting time in his life with Gonzalez-Jones.

"Diana has a little baby bump now and it's the cutest thing ever," Martinez said.

Martinez recently talked about his relationship with Gonzalez-Jones on ABC's "Nightline."

"I have to say, knowing her for two years and knowing the person that she is, I knew she looked at me in a different way but she looked at me on a deeper level, not just my scars," Martinez said of his girlfriend. "She's definitely my number one fan, outside of my mother ... she always kind of reminds me, that 'you have the ability.' She always kind of tells me that 'you’re one of the few people I know that when you put your mind to something, I really believe that you can do it.'"

For more on Martinez's exciting baby news, head over to PEOPLE.

PHOTO GALLERY
&#039;Dancing With The Stars&#039; Season 13
Download
Calling all HuffPost superfans!
Sign up for membership to become a founding member and help shape HuffPost's next chapter
Join HuffPost 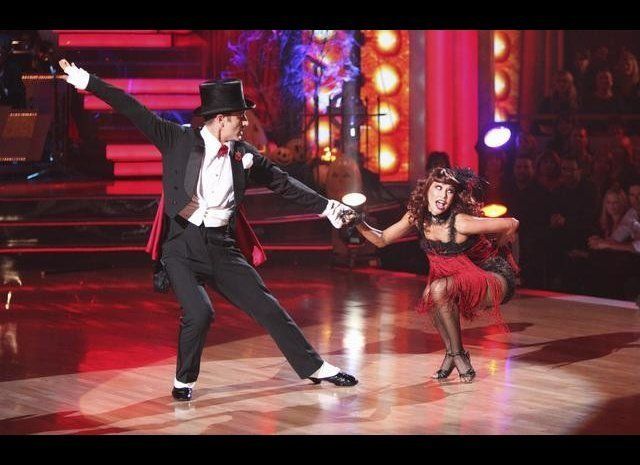