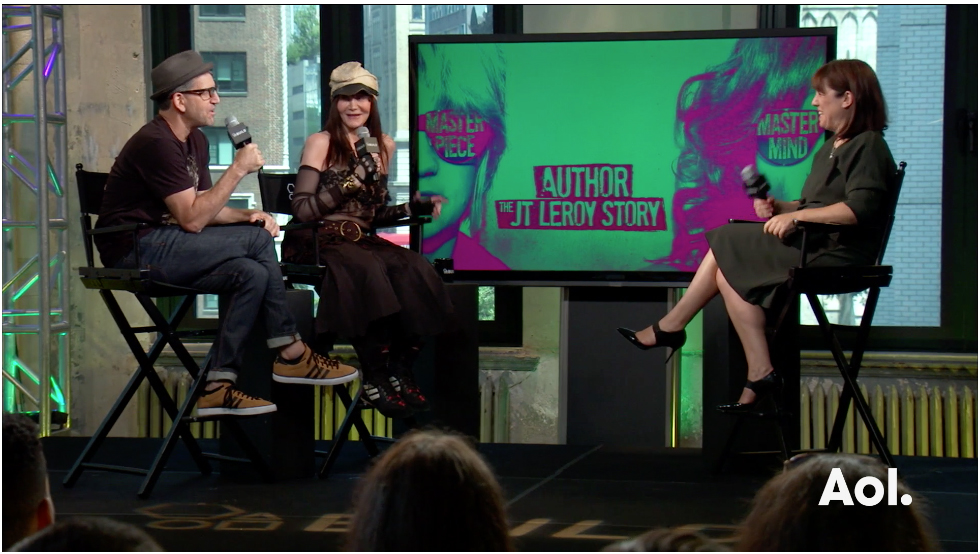 In short, Laura Albert wrote books under the pen-name "JT LeRoy." An actual person, who was not Laura, was photographed (even videotaped! with celebrities!) in public as "JT LeRoy." The media, and so the world, thought JT LeRoy was actually a person, outside of Laura Albert. Brilliant! 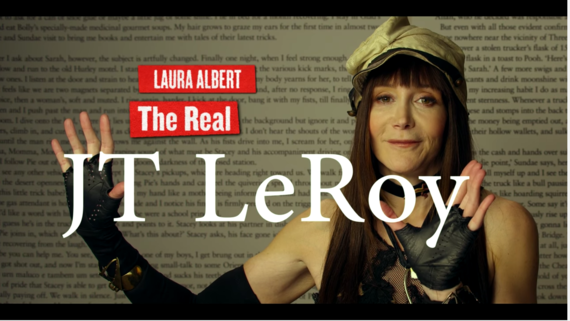 1. Jeff wrote and directed "The Devil and Daniel Johnston," a movie about the intersection of "madness and creativity." Laura knew she wanted to work with Jeff after he sent her a copy. Laura had turned down many offers, movies and TV shows, over the years because she knew they "wanted to do the celebrity thing" and "get in there and look at the material that it actually was." She even dismissed a TV show. "Look how long it took Marie Antoinette to get her rewrite. It's like.." 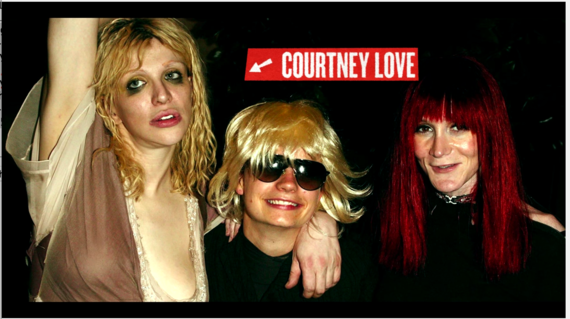 2. The movie has "one of the greatest cocaine snorts ever on film." Courtney gave permission, she was totally cool about it. The moment in the film "brings down the house every single time."

3. Laura kept all of her notebooks and diaries since childhood. Jeff was granted access to them in the process of making "Author: The JT LeRoy Story." Additionally, Laura had home movies and audio tapes to contribute to the footage. "It turns out, she had documented her entire life." Jeff originally rented a mini-SUV and had to return to the San Francisco airport to get a full-size SUV upon seeing how much stuff Laura had!

4. Laura refers to David Milch (Deadwood, NYPD Blue) as her mentor. She also mentioned her excitement when granted the opportunity to interview him years ago. According to this 2013 Interview Magazine piece, "Albert/LeRoy was working as a writer on the HBO television show Deadwood when the story broke--or to use Albert's preferred terminology, when "the reveal" happened--and critics and opportunists were quick to pounce on her."

5. Laura was convicted of fraud for signing the name JT LeRoy on a movie contract.

6. Laura used the telephone as her lifeline to fiction.

8. With the terms used to criticize Laura, including "hoax" and "perpetrator," you would "think I sold crack to children."

9. "Just shut up" was valuable advice given to Laura when she felt people were too convinced by their version of the JT LeRoy story to listen to hers, even though she held the "road map."

10. Laura finds it easier to approach artists as an artist (opposed to fan). Want to keep calm interviewing your favorite celebrity? Wear a blonde wig and pretend to be a 12-year-old boy.

On January 9, 2006, The New York Times sent shockwaves through the literary world when it unmasked "it boy" wunderkind JT LeRoy, whose tough prose about his sordid childhood had captivated icons and luminaries internationally. It turned out LeRoy didn't actually exist. He was dreamed up by 40-year-old San Francisco former phone-sex operator turned housewife, Laura Albert. "Author: The JT LeRoy Story" takes us down the infinitely fascinating rabbit hole of how Laura Albert--like a Cyrano de Bergerac on steroids--breathed not only words, but life, into her avatar for a decade. Watch the full interview at AOL.com/BUILD.