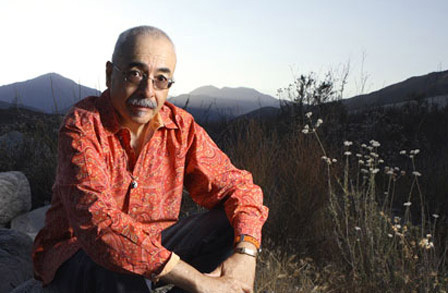 For Juan Felipe Herrera, the first Chicano to be named U.S. poet laureate, migration is both his biography and a major component of his poetic style. The child of migrant farm workers, Herrera grew up following harvests from San Diego to San Francisco, and his writing has likewise displayed a remarkable range. Over the course of his career, Herrera's incantatory, distinctly varied poems have consistently innovated, crossing and recrossing the borders between poetry and prose, English and Spanish, activism and art. As critic Francisco A. Lomelí writes, Herrera represents "a one-person vanguard in constant movement" who in each successive book "[blazes] new paths of expression." Here's a look at eight poems by Herrera that span his career.