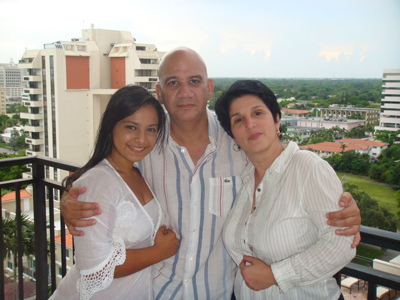 Juan Juan Almeida with his daughter, Indira, and wife, Consuelo yesterday in Miami

The day that Juan Juan Almeida announced the start of his hunger strike was like reliving the nightmare we'd experienced with the long fast of Guillermo Fariñas. "This is the worst of all decisions," we, his friends who love him, told him, sure that he would not withstand the rigors of starvation, nor that the authorities would yield before his empty gut rebellion. Fortunately we were wrong. It turned out that the talkative JJ -- as his close friends call him -- was not only willing to take his chances arm wrestling with the government, but seemed willing to sacrifice himself for all of us, who have repeatedly been denied permission to travel outside this archipelago.

The jovial forty-three-year-old leaves us a painful but effective lesson, because although we have no elections to vote directly for those who govern us, nor courts to accept claims of police abuse, much less means by which a citizen can denounce the immigration restrictions holding the national territory in their grip, we still have our bones, our skin, our stomach walls, to reclaim, by way of the fragile terrain of our bodies, the rights they have taken from us. 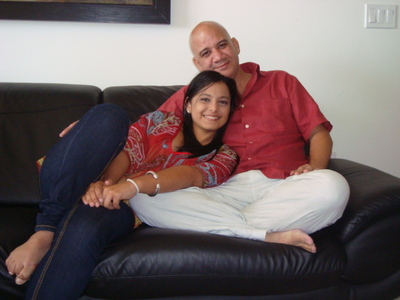 Juan Juan Almeida with his daughter, Indira, yesterday in Miami. The two had not seen each other for five years.

Translator's Note:
Juan Juan is the son of the recently deceased Juan Almeida Bosque, one of the original commanders of the Cuban Revolution who fought with Fidel Castro in the Sierra Maestra and subsequently rose to vice president of the Council of State. Juan Juan suffers from a serious degenerative disease that cannot be treated in Cuba, and repeatedly asked for, and was denied, permission to leave the country to seek medical care abroad and to see his family. He ultimately engaged in a hunger strike and other protests to that end, and yesterday he succeeded.

Freedom To Travel Human Rights In Cuba Juan Juan Almeida Cuba
This Blogger's Books and Other Items from...