A Florida man accused of attempting to steal a $2.5 million airplane told police he needed to "go to Chicago," authorities say.

Juan Pablo Ceron, 23, was arrested at Ocala International Airport on February 25 after reports of a man attempting to get into an an airplane hangar, MyNews13 reports.

When police arrived, Cerron gave them the wrong name, claimed to own the plane and said that he was flying it to Chicago, according to the report. He was not the registered owner of the plane and refused to speak with officers.

Police said that life vests were inflated and oxygen masked had been released on the Pilatus PC 12 airplane, MyFoxOrlando reports. It also appeared that Ceron tried starting the plane's engine. 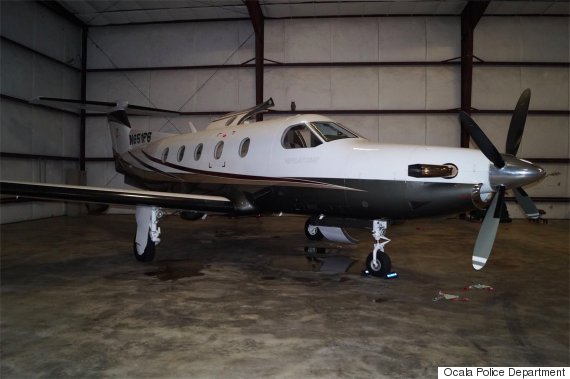 The airplane valued at $2.5 million.