''If I shall exist eternally, how shall I exist tomorrow?'' -- Franz Kafka

While more associated with Eastern religions, the notion of reincarnation is not foreign to Judaism. Indeed, through the centuries, the topic has been earnestly debated among the great rabbis. Some were adamant that, as a matter of the theology, reincarnation is not an authentic theological matter related to Judaism (including Saadia Gaon, Chasdai Crescas, and Yosef Albo, among others). Conversely, Nachmanides, Sagi Nahor, Menachem Recanati, and Bachaya ben Asher were adamant that this is true Jewish theology. If, for the sake of argument, that one was to lean towards the camp that believes reincarnation is a legitimate Jewish theological tenet, the question then arises: what are the moral implications of such a belief? 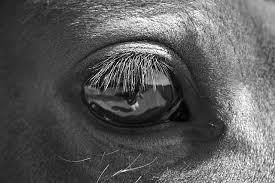 Previously, I argued that:

[T]his belief [of reincarnation] is concerned with taking ownership of our complete existence. The moral enterprise of gilgulim is concerned with our taking responsibility for the cultivation of the past, present, and future of our souls for our full transcendental ontological existence, our core being and deeper self. It is taking ownership for eternity and responsibility for all of creation. Global warming is not the problem for my grandchildren rather it is the problem for my own life as well.

To wit: a theology of reincarnation increases our sense of responsibility, not only for humanity in our time, but for humanity in perpetuity. To act as ethical stewards of Creation, we are not bound by the temporal chains of mortality, with reincarnation allowing our souls to continue their work upon the Earth. Radically, many Kabbalists believed that humans not only return to this world as humans but also in an animal form.

What moral lessons should we take from this esoteric theological point? We can look at the issue of reincarnation, for example, through a lens of treating animals with compassion. This can be examined simply: through the food we eat. One could eat meat to elevate the human soul within the animal or not eat meat because one's own soul will descend to the animal realm. Rabbi Chaim Vital writes that a person might eat food that has an evil human soul trapped in it and then one cannot be redeemed from it (Sha'ar Ha'mitzvot). Rabbi Dovid Sears writes, "The status of a human may become exchanged with that of an animal, and vice versa (The Vision of Eden, 84). He explains further, that "[F]rom this standpoint we must view these ill-fated creatures as we would our fellow human beings - even while rejecting the doctrine of the moral equivalence of all species" (ibid.).

Rabbi Moshe Cordevero (Ramak), a sixteenth century Kabbalist, taught that reincarnation of human souls into animal bodies has deep roots as an ancient Jewish theology (Shiur Komah, Inyan Gilgul, section 84). Some explain that one can return to this world in animal form if a human acted like an animal in his or her life (Sefer Chassidim, section 169). Further, it is taught that reincarnation into animal form is so common that most animals alive today possess reincarnated human souls (Likkutei Halaakhos, Shechitah 2:10-11, 3:2, 4:2).

This is a mighty proposition to be sure: How do we maintain the health of our soul while balancing the needs of our current body? For those of us who believe our souls continue after this life, we might consider the radical ethical implications of a theology of reincarnation. Perhaps our moral mandate to be compassionate to all creatures has a deeper human element than normally suspected.