Judd Apatow, frequent Donald Trump basher, is opening up about what he thinks life will be like once the president-elect takes office.

In an interview with The New York Times, the “Trainwreck” director suggested Trump will run the country like the reality competition show “The Apprentice,” which he so famously hosted.

“I watched an enormous amount of ‘The Apprentice,’” Apatow said. “Donald Trump sits in his office. He sends his kids to watch the teams do their missions. Then they come back and tell him what they think of it and then he makes an impulsive decision based on the information that Donald Jr. or Ivanka give him. That’s how he’s running the country.”

Apatow noted that he wasn’t particularly surprised when Trump won the election because, as he has stated before: the funniest candidate always wins.

In terms of Trump, Apatow thinks the former “Apprentice” host “has a demented sense of humor” and “is way funnier than Hillary Clinton.”

Apatow, a Clinton supporter, did make a point of expressing his thoughts about where the former secretary of state went wrong in her campaign, saying she “made a few enormous mistakes.”

“One of those mistakes, to me, was that you can’t get paid that much for speeches and go back into politics,” he said. “That has to be your victory lap — you cash in, you do the speeches and you’re done.”

With Trump being sworn into office on Friday, Apatow plans to alter the way he opposes the president-elect.

To read more from Apatow’s interview, head over to The New York Times. 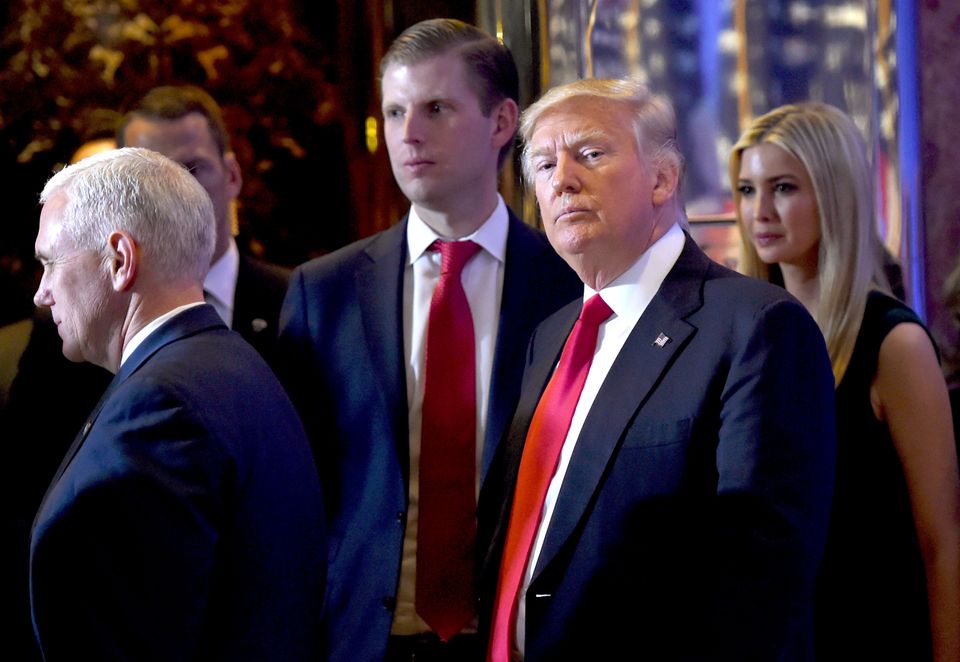 1 / 28
Okay, let's do this press confer --- whoa, who is that table stacked with papers?
TIMOTHY A. CLARY via Getty Images