A Texas judge is standing her ground after being reprimanded by a state commission for refusing to conduct same-sex weddings.

Justice of the Peace Dianne Hensley, an elected official serving McLennan County in central Texas, insists she’s done nothing wrong by officiating at weddings for straight couples while turning away same-sex couples because of her conservative Christian beliefs.

The Texas Commission on Judicial Conduct published a public warning against the judge on Monday, saying Hensley’s conduct casts doubt on her “capacity to act impartially to persons appearing before her as a judge due to the person’s sexual orientation.”

A public sanction is the second-highest form of discipline used by the commission. Sanctions are issued when the commission finds sufficient evidence of judicial misconduct.

Hensley, a Republican elected in 2014, claims she’s done her due diligence because she makes sure queer couples who come to her know of other local officiants who can perform their weddings.

“I sought a solution so that anyone in McLennan County who wants to get married can get married,” Hensley told The Houston Chronicle. “I have, do, and always will, follow the law.”

After the U.S. Supreme Court’s landmark 2015 decision recognizing the right of same-sex couples to marry, some Texas judges stopped officiating at marriages altogether in protest.

Hensley initially did the same. However, in August 2016, Hensley starting performing weddings again, but only for straight couples, the commission said.

“My conscience was bothering me because so many people were calling and wanting a wedding,” she said in a June 2017 interview with The Waco Tribune-Herald.

Between September 2016 and the date of the Tribune-Herald article, Hensley said she had conducted about 70 weddings for straight couples at the county courthouse during business hours. But she said that as a “Bible-believing” Christian, her conscience prevents her from performing same-sex weddings.

“I have no desire to offend anybody but the last person I want to offend is God,” she told ABC-affiliate KXXV in 2017.

Hensley and her staff gave same-sex couples seeking a courthouse wedding a document that said, “I’m sorry, but Judge Hensley has a sincerely held religious belief as a Christian, and will not be able to perform any same sex weddings,” the commission reported. The document listed alternate officiants who would conduct the ceremonies.

Hensley has noted that the list included ministers and another McLennan County justice of the peace whose office was about 30 minutes away.

The judge said that as long as the other justice of the peace is available to perform same-sex weddings, she believes she is not violating queer couples’ constitutional rights and that she deserves a “religious exemption” because of her faith.

“I’m entitled to accommodations just as much as anyone else,” she told the Tribune-Herald in 2017.

During an appearance before the Texas Commission on Judicial Conduct, Hensley said she would recuse herself from any legal case in which a party doubted her impartiality because she publicly refuses to perform same-sex weddings.

Hensley has 30 days to appeal the public sanction by requesting the assembly of a special court. The court could dismiss the matter, impose a greater or lesser sanction, or order the commission to file formal proceedings against the judge.

Mike Dixon, an attorney representing McLennan County, told the Tribune-Herald that after the 2015 Supreme Court decision, he advised his county’s justices of peace to either officiate at weddings for any couple or simply not participate in any of the nuptials. Dixon also said he thinks elected officials can run their offices as they wish ― especially when it comes to extra-judicial duties, such as weddings, that judges aren’t officially required to perform.

But Shelly L. Skeen, a senior staff attorney in Dallas for the LGBTQ advocacy group Lambda Legal, noted that Hensley’s ability to perform marriages hinges on the fact that she is a judge.

Public officials have a job to do, Skeen told HuffPost in an email, and they can’t pick and choose what parts of the job they will comply with based on their religious beliefs.

“Judge Hensley took an oath to uphold the U.S. Constitution, the laws of our state and the law in general,” Skeen said. “As an officer of the court, she has the responsibility to treat all persons who appear before her equally whether in her official capacity or in her extra-judicial capacity to uphold the law.” 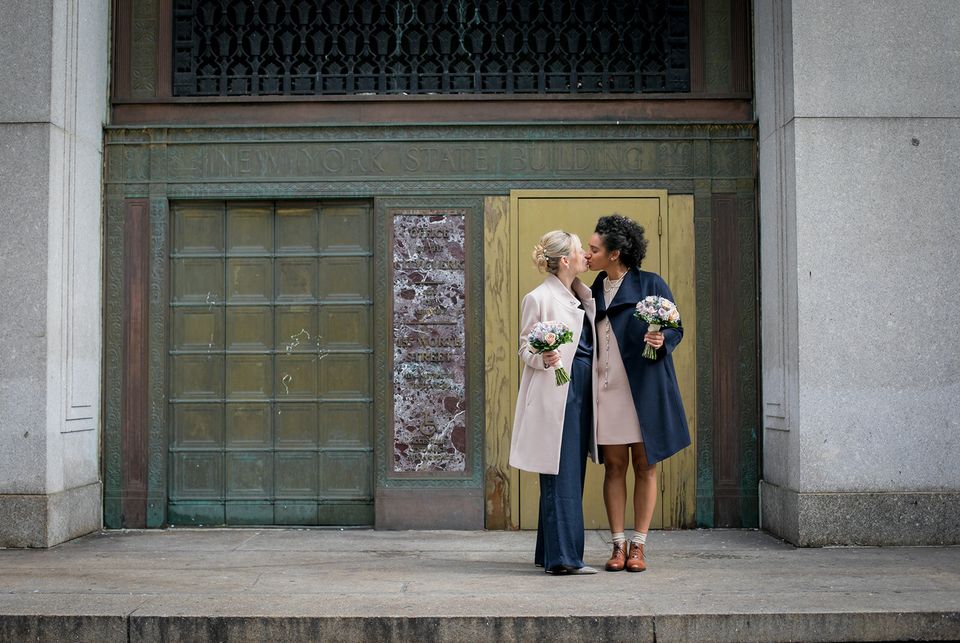