Judge Judy (real name: Judith Sheindlin) is famous for the no-nonsense talk she doles out on her TV court show, but judging (heh) from her recent appearance on "Katie," she's also willing to put her money where her mouth is.

The TV star popped by Katie Couric's new "Katie" talk show on Monday to chat about her 14-year-long show -- which will run at least through 2015 -- and to show Couric one of her proudest style moments: that time she celebrated her 70th birthday on October 21st in a white bikini.

It's something she always said she would do, Sheindlin said, and "it's probably the last time it will happen," she told Katie, laughing, about her two-piece swimsuit. But we think we're all in agreement that the star definitely nailed it.

Katie asks Sheindlin how she keeps such a trim figure.

"I exercise, and I eat reasonably, and I don't want to look at myself being out of shape. That would depress me," she says. "So I just kept up a regimen."

The TV judge brought out the bikini during a family vaycay in the Bahamas with her husband and their five kids, where they also swam with pigs.

Rocking the same look as Kim Kardashian and Miley Cyrus at 70? Judy, you'll be our style icon forever. 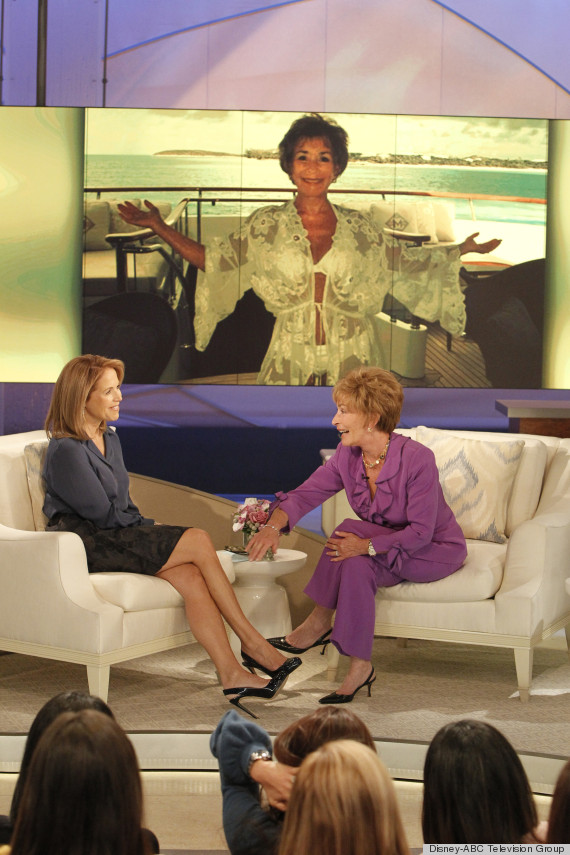 See these other stars' bikini bodies: