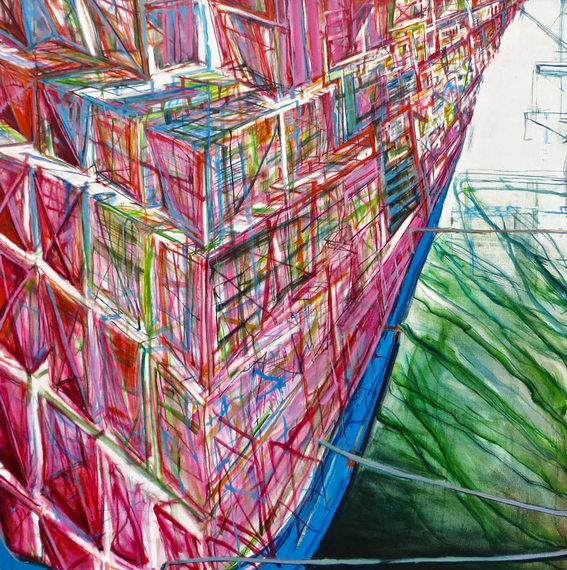 It has been a great adventure to follow Judith Belzer's work over the last decade. She first arrived in Berkeley in 2003 as a self-identified "landscape painter from Connecticut" where she had lived surrounded by trees and dairy farms in a countryside that was domesticated and orderly. Today, she is an artist with a cosmopolitan scope in process and subject matter, the recent recipient of a Guggenheim to travel on the Panama Canal.

Belzer's work has always been intimate, quiet and cerebral, much like the artist herself, who is not prone to superficiality or trend. When confronted early on by the strangeness of the Northern California landscape, she grappled with great sensitivity with its intimidating scale. Her efforts to understand "the West" resulted in semi-abstract paintings that captured the moods and textures of California trees. In "The Inner Life of Trees," shown at the Room for Painting Room for Paper space in San Francisco in 2008, the artist focused on details and close-ups of tree bark and the patterns drawn from memory of her walks in nature. What Belzer describes in her catalog as an experience of "the giant or the ant or both crawling along the bark of a tree and then, somehow penetrating to the tree's interior " was reflected in these works where botany became conceptual.

Later, in 2013, in "Edgelands" at Morgan Lehman Gallery in New York City, Belzer moved away from the details of trees and telescoped out with an eagle-eye view onto the post-industrial landscape of the East Bay where "nature meets culture" at the liminal, transitional edge lands. Belzer described her ideas around the paintings of that time: "The paintings map out how we have in fact jammed our manufactured landscape right up into the natural one and in the process they capture the kinetic energy and agitated motion many of us experience in our 21st-century lives." 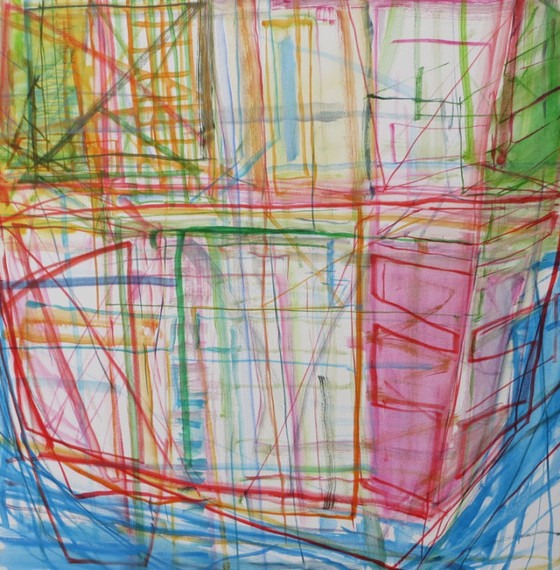 If I found the 2013 work intriguing, but in some ways didactic and architectonic in a kind of "mapping experimental phase," it is in the newest series "Canal Zone: Recent Work from the Panama Project" at George Lawson Gallery where I feel Belzer's intentions seem fully realized.

We can now celebrate without any hesitation this "painter's painter" who convinces us not only of her range and scope with oil on canvas, but offers us mature work that matters. The Canal Projects marks an obvious "loosening" of the artist's intellectual concerns, as well as her material ones: she literally has "opened up" her canvases and palette and perspective points (zero to no vanishing points.) Her color palette is invigorated by pop art saturated pinks and blues (neither of which are found in her past work or in nature), and her brush strokes have become calligraphic, fluid and unrestrained. 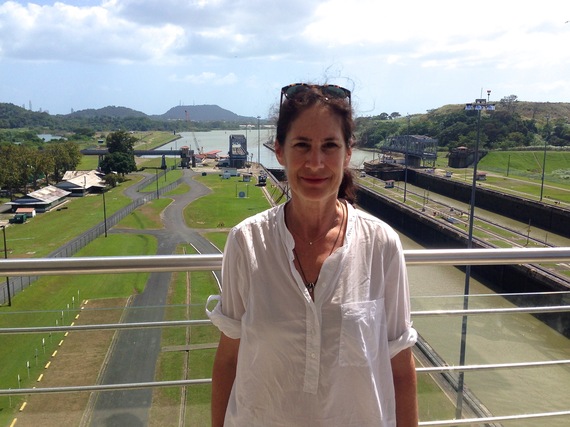 "As I began this body of work, the Panama Project, it seemed to call out for amped up color," said Belzer. "I reached for more saturated pigments to intensify the coloration of the paintings. To work in concert with the color, I let my hand move fluidly and freely in support of the effort to convey a sense of the energy, activity and forward momentum of the canal operation."

This new "energized abstraction" is confident and, most importantly, feels more relevant and urgent than ever in today's world; not only is the artist able to create a visual language that engages with the social and political issues around the dawn of Anthropocene (where human activity is the most powerful force shaping the earth), she is able to do so without dispensing with painting's formal and aesthetic conditions. Her paintings perform a place of beauty, friction and chaos. 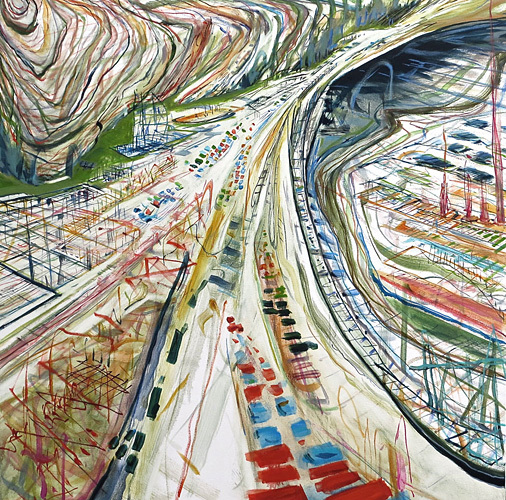 The Panama Canal is the largest man-made waterway in the world and its ongoing expansion (projected to be completed by the 100th anniversary of the Canal in April 2016) continues to be an experimental and risky engineering feat that has caused alarming biodiversity loss in the Panama rainforest and beyond (let's not forget the Amazon).

Belzer has understood that the canal has taken too great a liberty with nature in a man-made frenzy for progress that is at once absurd, fantastic and frightening, and she has delivered up a forceful body of work that asks us to consider the effect of such a project on our environment and our minds. Will there be a point where there are no trees or edge lands? And without edge lands, aren't we, in fact, closer to a true zero perspective vanishing point?

This review was first published on Berkeley's independent news site Berkeleyside on March 10, 2016.