In the shadow of the White House, nearly 45,000 American children live in poverty, a number that has been soaring since 2007. The District of Columbia is experiencing the largest move into poverty in 15 years.

Meanwhile, Congress and the Obama Administration continue bickering about how to pull America out of this recession. Judith Sandalow, executive director of the Children's Law Center and one of Washington's most influential women lawyers, wants to know why the conversation doesn't include any serious discussion about the effects of long-term joblessness on children.

Would you characterize President Obama as being blind to the suffering of his neighbors?

Sandalow: Children living in poverty are very separated. They aren't literally President Obama's neighbors -- he doesn't see them. Nobody sees them. But the reality is that an increasing number of families are homeless and children are sleeping in cars. Parents are choosing between medicine and food. It's inexcusable.

Did you expect a Democratic president and a Democratic Congress to be more sensitive to the issue of child poverty?

On NPR you called the situation bleak.

One of my clients, a second-grader, was a great student until rat feces in her low-income apartment building triggered her asthma. Because she was averaging two nights a week in the hospital emergency room, she was too sick and tired to learn in school, and her grades plummeted.

It's awfully hard right now. I'm worried we're losing a generation. Some amazing kids might be able to live in a car and pay attention in school, but most of us can't. Sadly, we'll see lower educational achievement from the children of the unemployed.

The problem of poverty can't be solved tomorrow, but most of the health and education problems that come from being poor can. A six-year-old client of ours nearly died simply because her landlord didn't pay the water bill. The water in her building was shut off, disrupting her feeding tube. A wealthier family could have paid the water bill immediately, then chased down the negligent landlord some other day. Problems like this one, we can solve tomorrow. We can give thousands of kids a chance by investing in proven child abuse prevention programs, like nurse home visiting programs.

Did becoming a foster parent change the way you view the system?

Absolutely. I'm a Yale Law School graduate who runs one of the leading children's advocacy organizations in the country, and even I couldn't get my kids all the services they needed. Imagine what it's like for a parent holding down two jobs so the family doesn't become homeless. Where do these moms and dads find the time to fight a bureaucracy that isn't organized to help children?

Rumor has it every D.C. agency serving children is the subject of a class action lawsuit.

D.C. is more troubled than most places.

Most of our work at the Children's Law Center involves making the existing laws work. For example, at a school with no wheelchair access, the fire plan for a wheelchair-bound child named Kyle was, literally, "After we all leave the building, we will tell the fire fighters that Kyle is inside the school." It's untenable.

Is the solution to throw more money at the problem?

I'm a realist. This year there was no point in suggesting we create lots of expensive programs. What we need is smarter fiscal policy. For example, we did push a modest program that would have cost $1.1 million but would have saved over $4 million by keeping 150 families together...by keeping their children out of foster care.

Six-year-olds don't vote, but children living in poverty need a voice. Our elected officials would do well to remember that these children are among their constituents. 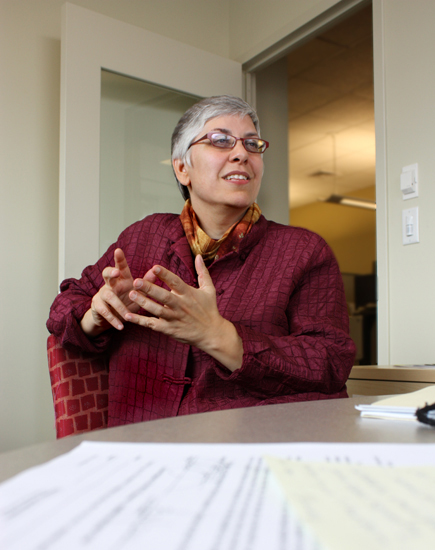