Instead of going on a juice cleanse, eat real whole foods. It's as simple as that.

Going on a cleanse is “completely unnecessary,” Andy Bellatti, a Las Vegas-based dietician, told The Huffington Post. “It accomplishes nothing.”

She's been wrong before.

After a greasy weekend, some folks start their Mondays with the intention to “detox” by only consuming fruit and vegetable juice concoctions. Bellatti says there’s really no such thing as detoxifying by choice; the human body is constantly ridding itself of toxins through functions like pooping, sweating and breathing.

“There’s nothing extra to do," he explained. "If toxins were sitting around in your blood for weeks, you’d be sick or dead.”

A week-long juice cleanse may make people feel lighter and less bloated, but that's because they're shedding water weight. Cleansers revert back to their pre-cleansed selves as soon as they go back to old eating habits. In Bellatti's experience, cleansers often dream about the unhealthy foods they’ll eat post-cleanse, and that defeats the purpose of cleaning up the diet in the first place.

Detoxes sell a completely inaccurate idea that within a few days, people can undo the damage they have caused to their bodies over the previous five years. Bellatti explained that changing diet for a week doesn’t really mean much for health from a nutrition standpoint. In the same way, a usually healthy person who goes on a vacation and decides to eat gelato every day will not hurt her body by doing so. Expecting to reset the body by juicing for three days is “delusional thinking,” he said. “If you’re eating crap and junk 350 days of the year, a two week 'cleanse' is not going to do anything."

What's more, the juicing itself can be counterproductive. When a fruit or vegetable is stripped of everything but its liquids, the drinker is missing out on vital nutrients that could help them achieve the health goals they’re after. The average American consumes around 15 grams of fiber a day, which is about half the amount recommended by experts. Eating fiber can help reduce the risk of heart disease, constipation and some cancers. Want to know what kind of food contains a lot of fiber? Fruits and vegetables, in the pulp and skin.

What's more, a lot of the plant-based nutrients in produce are found in the skin: Apple peels, for example, contain quercetin, which benefits cardiovascular health. That won’t make it into store-bought juice.

Cleansers aren't just wasting the food’s nutrients by juicing; they're also wasting food. Unless a person is taking the time to turn the pulp into something edible (and most people are not), they're basically throwing money and health benefits into the trash. 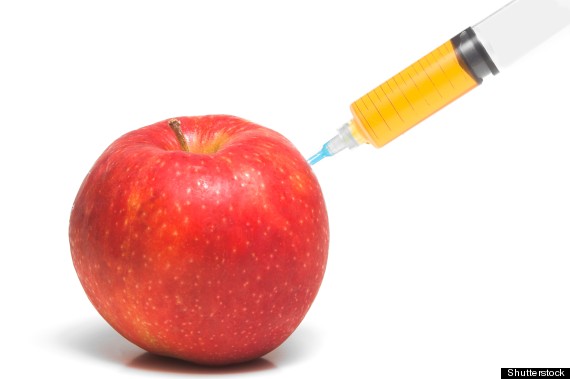 Eating natural foods in their whole form is the best bet: The healthy compounds they contain work synergistically and are best left intact. Eating an apple, for example, is better than drinking its juice, because the fiber can help prevent high spikes in blood sugar. The sugar in the fiber-less juice doesn’t have anything to stop it from spiking blood sugar levels.

There’s nothing wrong with drinking a juice along with other soluble foods. But juice is overrated as a miracle cure that is, in reality, no miracle at all. If you’re looking to clean up your diet, good on you! Bellatti advises people to examine the added sugar and sodium in meals, and plan to scale back. That will have a much more powerful impact on a person's health -- and waistline! -- than giving into trendy liquid cleansers. Better yet, it won't require starving.

Spring Vegetables We're So Excited For