A man accused of three Michigan bank robberies may have metaphorically shot himself in the foot by posting a Facebook selfie in which he is holding what has been described by authorities as a "submachine gun."

A detective found the Facebook page and made the connection, according to FBI agent Sean Gallaghan. The officer gave the information to the FBI, but an affidavit obtained by The Smoking Gun did not explain how.

It helped that on March 5 Bahler posted a photo of himself holding a weapon similar to the one used in two of the robberies. The photo also showed him wearing clothes similar to those worn by the suspect caught on the surveillance tape, MLive.com reports.

This post has been updated to indicate that the weapon has been characterized by authorities as a submachine gun.

Investigators staked out Bahler's home in Pontiac and pulled him over on Friday after he left the house.

A search of his vehicle led to the discovery of a black submachine gun in a duffle bag found at Bahler's feet.

The suspect was taken into custody, where he allegedly waived his Miranda rights and confessed to all three bank robberies, The Smoking Gun reported.

Bahler allegedly agreed to let his house be searched, which is where investigators found the clothing allegedly worn during the robberies, MLive.com reported.

Bahler, who goes by "King Romeo" on Facebook, originally hails from Brooklyn, N.Y. He not only bragged about his guns on Facebook, but also posted a picture of what he says was a house he just bought in Pontiac, according to WXYZ-TV.

He has been charged in a federal criminal complaint with bank robbery and carrying and using a firearm during a violent crime, the Detroit Free Press reports. 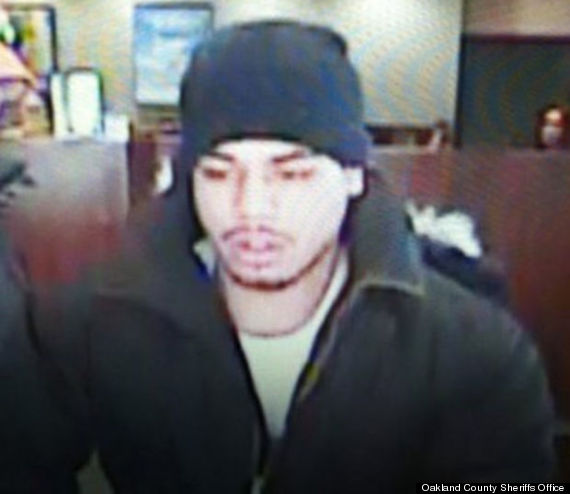 weird for aolVideoFacebookCrimeCaught On Tape
Go To Homepage