WASHINGTON -- Actress Julia Louis-Dreyfus hit the red carpet Wednesday night at the D.C. premiere of her new HBO comedy, "Veep." The screening at the U.S. Institute of Peace was the second HBO premiere in Washington in about a month -- "Game Change" had a star-studded event on March 8.

"Veep" is a scripted comedy about the fictional Vice President Selina Meyer, played by Louis-Dreyfus. Anna Chlumsky, best known for her 1991 role as Vada Sultenfuss in the film "My Girl," plays the vice president's chief of staff.

Addressing reporters on the red carpet Wednesday, Louis-Dreyfus said she had spoken to a number of former vice presidents about their job, although she declined to say whom. The former veeps, she said, gave her a feel for the "nitty-gritty" of the job.

She also said she has no plans to let her life imitate art. "I will never get involved in politics," she said. "I really like to entertain. I like to get laughs. And I think if you like to get laughs, maybe politics isn't your best place."

The actress was one of a number of celebrities last fall who called on President Barack Obama to deny a permit for the Keystone XL oil pipeline. The Obama administration has yet to issue a final ruling on the matter.

"Veep" premieres April 22 on HBO. Watch a trailer (above), and see pictures from the red carpet (below). 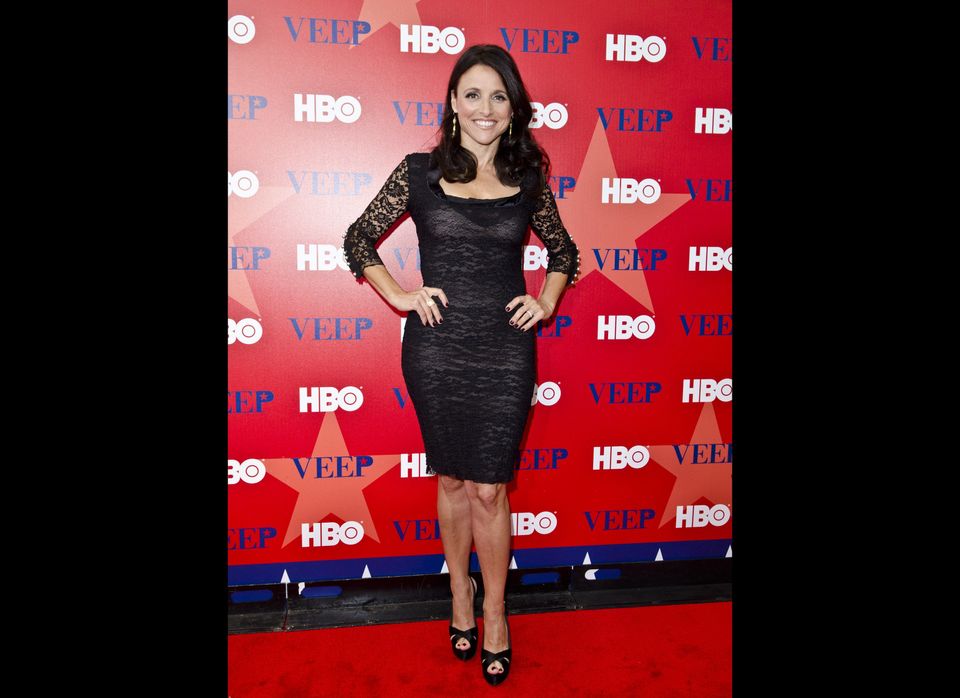 1 / 4
'Veep' D.C. Screening
Julia Louis-Dreyfus poses on the red carpet for the "Veep" screening at the U.S. Institute of Peace on April 11, 2012, in Washington, D.C. (Photo by Kris Connor/Getty Images)
Getty