Talk about getting your panties in a bunch.

A woman in Jasper, Georgia, faces felony shoplifting charges after authorities said she stole 131 pairs of underwear from a Walmart in nearby Kennesaw on Sunday night, according to WSBTV.com.

Police said Julia Marie Jones, 22, tried to hide the garments in her purse, a handbag and grocery bags, according to the Atlanta Journal-Constitution.

Jones was charged with felony theft by shoplifting and booked Monday into the Cobb County Jail. She was released Tuesday after posting $5,000 bond, according to WFSB.com.

The Huffington Post reached out to Jones, who did not respond to an interview request. However, she alluded to the incident in a June 13 Facebook post where she complains about people tagging her in relation to stories about the alleged crime.

"Before you jump to conclusions, you should all stop to consider there may be a reason behind what you're tagging me in what happened," she said. 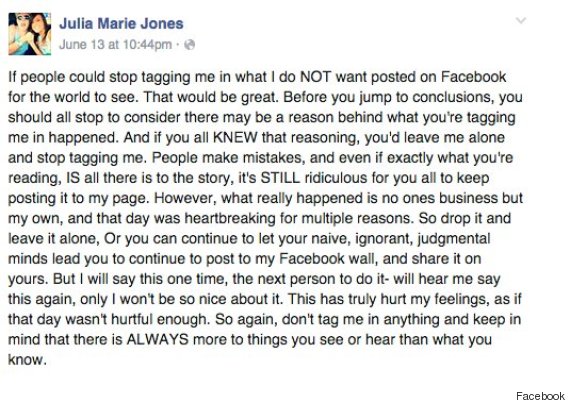