Julia Roberts is on the cover of the September issue of Elle magazine, and inside she talks about not using Botox and how she is a practicing Hindu.

On Botox and plastic surgery:

"It's unfortunate that we live in such a panicked, dysmorphic society where women don't even give themselves a chance to see what they'll look like as older persons. I want to have some idea of what I'll look like before I start cleaning the slates. I want my kids to know when I'm pissed, when I'm happy, and when I'm confounded. Your face tells a story... and it shouldn't be a story about your drive to the doctor's office."

On religion (via People):

The entire Roberts-Moder family, goes to temple together to "chant and pray and celebrate. I'm definitely a practicing Hindu." says Roberts.

[On possible reincarnation] "Golly, I've been so spoiled with my friends and family in this life," she says. "Next time I want to be just something quiet and supporting."

On her family with husband Danny Moder: “The children became the shooting stars of him, of that thing we have. How lucky we are that we love each other so much that we burst into three pieces.”

She shot scenes of her upcoming 'Eat, Pray, Love' in India. She is seen below with with ashram owner Swami Dharmdev at Hari Mandir Ashram in Pataudi on the outskirts of New Delhi, India in September 2009. 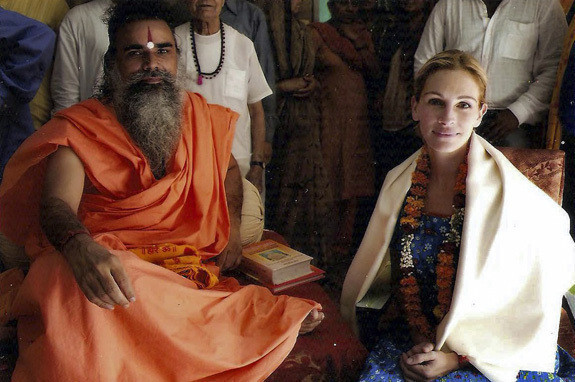 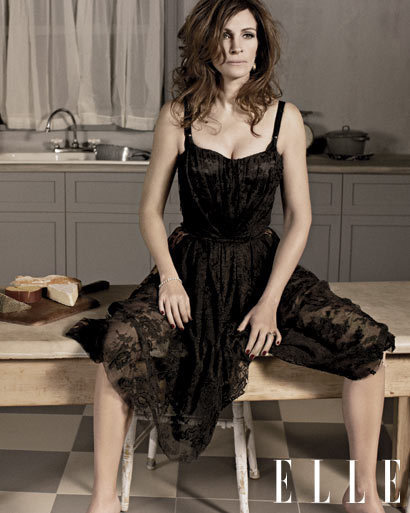