Julian Lennon is charting new artistic territories with his photography exhibition Horizons. Most noted as a musician and the first son of Beatles member John Lennon, Julian has found his true voice as a photographer and philanthropist, while exploring the world and his life's purpose.

I recently sat down with Julian to talk about his first visit to Africa, which is the subject of the Horizons exhibition at the Emmanuel Fremin Gallery. One thing that immediately stands out with Julian is his candor about discussing his motivations and perspectives about life. He has no rock star affectations or celebrity attitude. He is simply an artist delving into the possibilities of where his creativity may lead him. 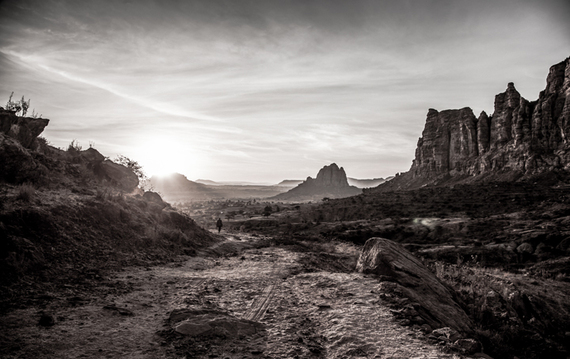 While visiting Kenya and Ethiopia for a charity initiative, Lennon began photographing the remote landscapes and residents he encountered along the way. The landscapes capture the vast plateaus, valleys, and sunsets that create the allure of a majestic East African kingdom. The images are aesthetically beautiful and possess a meditative quality.

Lauri Lyons: Was this your first trip to Africa?
Julian Lennon: Yes. I met Scott Harrison who is the founder of Charity Water. They've been digging wells in the middle of nowhere to provide clean drinking water for years. I traveled with one of their groups for the trip. It was a bit rough and tumble, but not compared to the lives of the people who are there. I was fortunate enough to have a meeting with Prof. Jeffrey Sachs, and they were discussing the Millenium Project. We mentioned we were going to Ethiopia and he said they had some people on the ground that would gladly show us around and what they we are up to.

We flew into Nairobi and then to Kisumu. Every morning woke up and got into a jeep and drove out into the middle of nowhere to these communities, to see what it was really like and what they were dealing with. Some of it was incredible, some of it beautiful, and some of it heartbreaking. Especially the girls and their primary and secondary schools. These girls really wanted to better their lives. We sat down with them and asked them what's the biggest issue, what do they need? The problem was the walking to and from school in the dark. A lot of them were getting raped or killed. 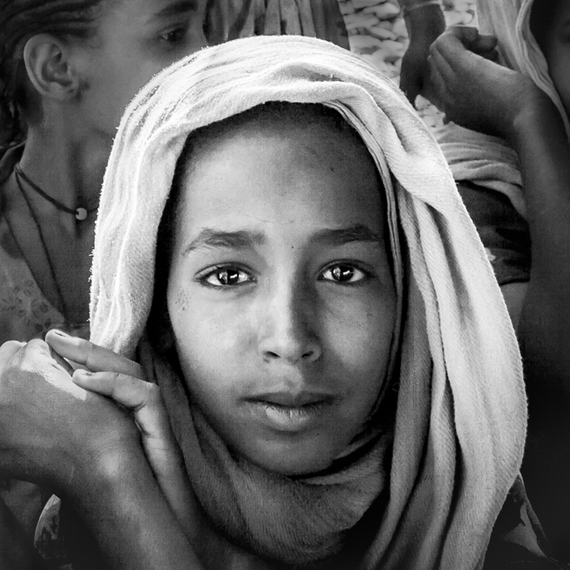 What they've decided is take it upon themselves along with the headmaster of the school, to turn one of their classrooms into a dormitory. So now my foundation White Feather and the U.N., have started building dormitories for the schools we visited. We will also be looking into health clinics and other works as well. From that trip some good is coming out of it. We're pushing the sales of the photographs to go back into White Feather to do more work. That's important because it's their lives I'm showing. I always give as much as I can, so this is important.

Founded in 2007, the White Feather Foundation raises funds for environmental, humanitarian and clean water projects. The foundation is not only a philanthropic charity, but also a personal calling for Lennon. "Dad once said to me, that should he pass away, if there was some way of letting me know he was going to be ok - that we were all going to be ok - the message would come to me in the form of a White Feather. Then something happened to me, whilst on tour with the album, Photograph Smile, in Australia. I was presented with a White Feather by an Aboriginal tribal elder, from The Mirning people, which definitely took my breath away."

Q: The white feather declaration seems preordained. What ran through your mind when that happened?
Lennon: Yes, I feel it. It feels part of my whole destiny really. That's why I'm here. Thats why I'm on this whole journey now. I can't not see doing this. How can I not do this? And in fact being a part of this and doing things like this, makes me feel more alive than anything else ever could.

Q: How do you feel that the adventure or unfolding of the journey has shifted who you are?
Lennon: It's put me in great internal conflict (laughs). What I mean by that is, in order to be at peace and find a greater happiness, you obviously have to be more in tune with yourself. Discovering by helping others, you in respect help yourself. Its almost that thing of finding that position of letting go where you don't really care what others think.

I'm trying to make the focus more on the work at hand and how that can possibly help. Raising funds, or getting out there in the sticks again. Also bringing people who haven't seen these images to Ethiopia or Kenya, but in an artistic way. I couldn't just take a snapshot and put it up there. With everything I do, I try to make it as beautiful as it can be, as expressive as it can be, with as much emotion as it can be. That's my interest.

Q: What has the process been for you creatively in regards to photography? Is it something that you are naturally prone to or have you studied?
Lennon: Everything I've ever done has been studied, but organically. It's that traditional male stubbornness that still exists within me, that refuses to read a manual. I think the only way for me to understand or grasps things properly, is by going through whatever process it is to make my own mistakes, to learn from that. I can't do that by reading a book. It doesn't teach me the same things. It can guide me a little bit, but it certainly won't give me the experience I need to move forward properly.

Q: Do you feel like you're getting a different type of fulfillment from photography, that you don't get from music?
Lennon: I still love doing music, but there was so much pressure in doing music, and so many comparisons with Dad and the Beatles and everybody else. A lot of the media just didn't give me a break regardless of how good or bad the work was. They just slated or ignored it. At least with photography it has its own voice. It's something without question I've fallen in love with, completely and utterly fallen in love with.

What makes a legend? It is the ethereal mix of charisma, talent, and timing. With his camera, Julian Lennon has stepped out of his father's musical shadow and created a self-assured artistic voice of his own.

The Horizons exhibition is on view at the Emmanuel Fremin Gallery in New York until May 2nd.

Lauri Lyons is the Founder of NOMADS Magazine, photographer and author.