Julianne Hough plays a stripper in her upcoming movie "Rock of Ages," but the 23-year-old star says it requires a lot more work than one might think.

"I'm actually pretty good at [stripping], which makes me wonder what happened in my previous life," Hough told The Insider. "Funny enough, I don't wear a lot of clothes when I dance and it's very sexy, so it wasn't too hard to get into the motion of it."

Hough, a two-time "Dancing with the Stars" champion, has years of dancing experience, so it wasn't too difficult for her learn all the moves on the stripper pole for the film, but admitted that pole dancing is takes some real muscle.

"My arms were ripped," she said of all the training she underwent for the role. "Just the athleticism was more than people think. It's not a bunch of booty shaking."

The actress also recently spoke to Glamour magazine about her stripper training, and said she was surprised by how much strength pole dancing required.

"It was really hard and the strength needed is incredible...One of my friends tried it too and she loved it, so we're going to take stripper classes together."

But Hough doesn't just spend her time writhing on the pole. She gets up-close and personal with the one and only Tom Cruise in the '80s rock flick and definitely got more than she bargained for while filming, especially considering Cruise actually holds her breast during one scene.

"That was my first scene with him!" Hough said. "I was nervous as all get-out, but after every take he high-fived me and was like, 'That was awesome,'" she told Glamour. 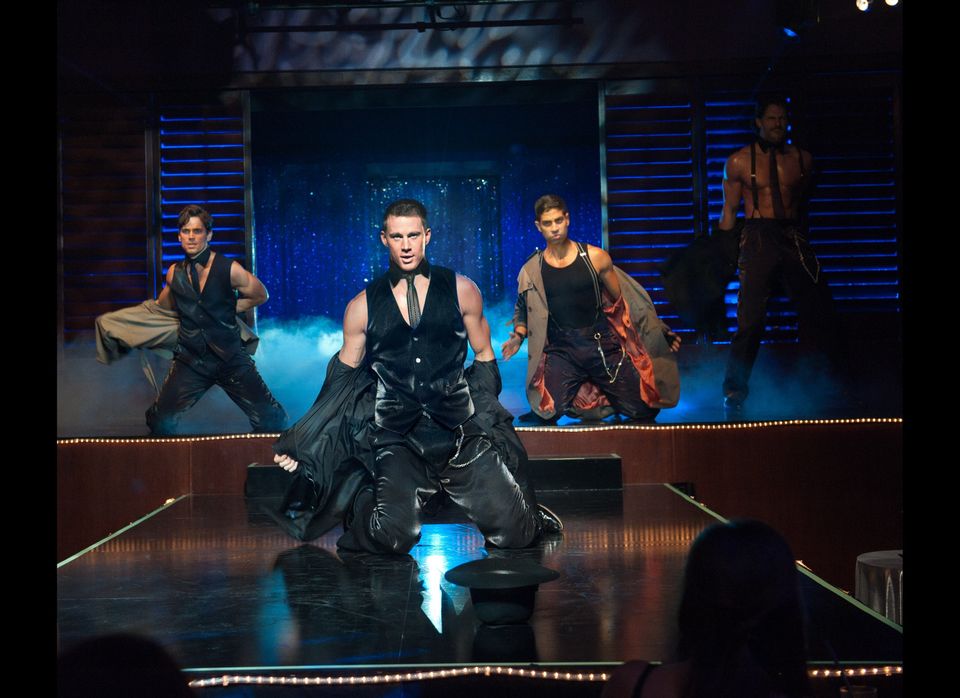