Julianne Moore graces the cover of the new Vogue Paris. The acclaimed actress turned 47 last December. She fearlessly posed in a sheer camisole top for the inside pages. The mother-of-two and multiple-Oscar nominee is promoting multiple movies at the Tribeca Film Festival. In addition to her heavily made-up spread in French Vogue, she' s in the new, US edition of Bazaar. She tells Bazaar of excessive makeup. ''I think that less is better, especially as you get older... Too much makeup on an older woman can really make you look like a freak.'' 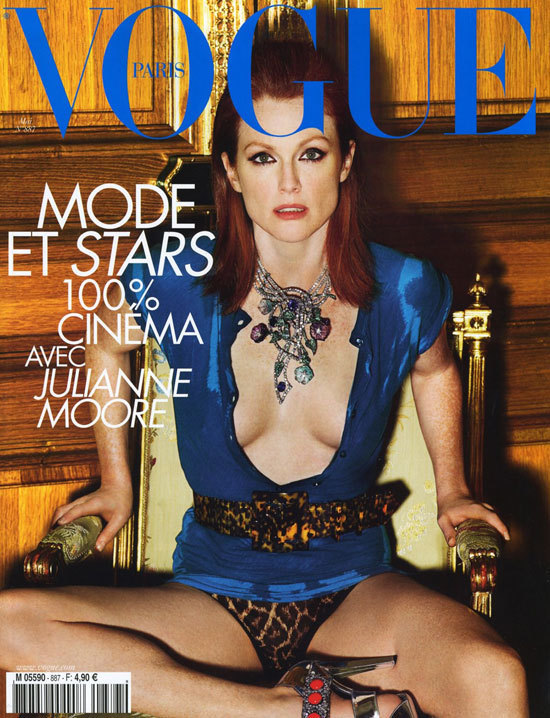