Venice, Italy has banned Julianne Moore's Bulgari ad from being posted as a billboard in the city, the Telegraph UK reports. The photo shows a nude Moore covered up by lion cubs, handbags and jewelry. Mayor Giorgio Orsoni called the image too racy and inappropriate for St. Mark's Square.

President of the Venice Foundation added, "I take account of the fact that Venice is part of the real word...but we cannot accept these Hollywood-style images. There are intelligent sponsors, and we need to come up with advertising that suits Venice, not Times Square."

Bulgari will instead use a fully-clothed image of Moore modeling Bulgari jewels.

Take a look at the image in question and tell us what you think. 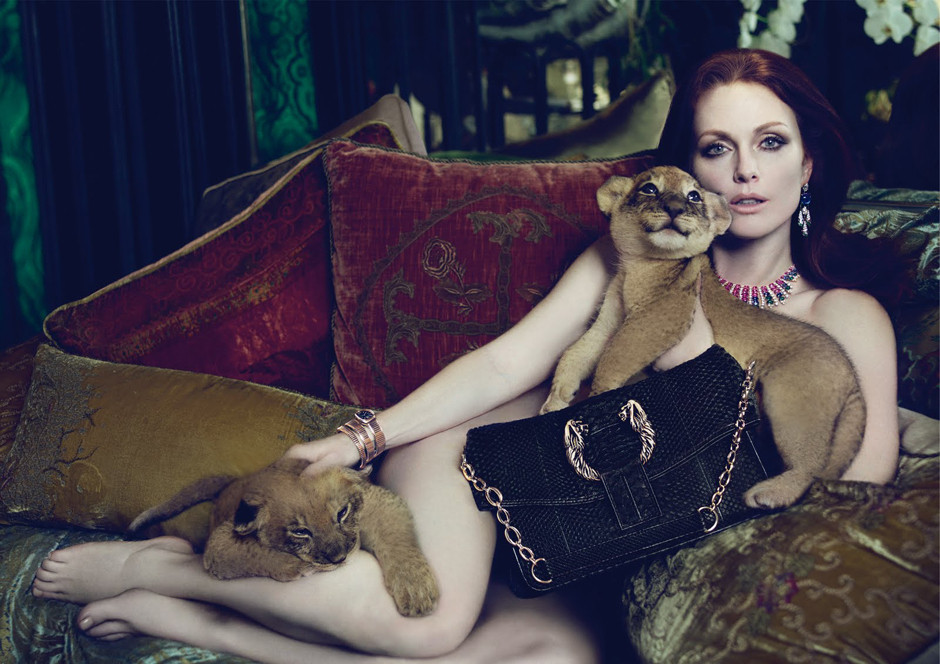