Julie Delpy was committed to making her new film, "Before Midnight," as authentic as possible. And according to Delpy, that authenticity included realistic sex scenes.

"Sometimes I see films where people have sex with a bra on. I mean, what country do they come from? I don't think I've ever had sex with a bra on in my life, except maybe once," Delpy told GQ's Lauren Bans in an interview published April 19th. "I've never actually showed my body that much, even though I'm a French actress. It was a big deal for me to do it. This movie isn't fantasy. This is a film for people who can handle a pair of tits."

Delpy portrays Celine in "Before Midnight," one half of a married couple vacationing with their two children in Greece -- her other half being Jesse, played by Ethan Hawke. This is not the first time we've seen Celine and Jesse. They met nearly 20 years ago in Vienna, as we saw in 1995's "Before Sunrise". Then they found each other again in Paris nine years later, which we witnessed in 2004's "Before Sunset." Now they're officially together, another nine years have past, and we get to see them delve into the issues that arise during marriage and middle-age.

Delpy told GQ that getting nude for "Before Midnight" meant exposing a 40-year-old body that hadn't seen any artificial alterations to the world. "I'm a real person, so it's a statement to say, 'Alright, I'm a forty-year-old woman, and this is what you get with no plastic surgery. Not even plucking my eyebrows,'" she said.

Delpy is known for playing strong female characters like Celine, including Marion, the protagonist in "2 Days in Paris" and "2 Days in New York," films she wrote. This is hardly surprising given her strong -- and vocal -- passion for women's equality. "I was raised with this idea that I have the same rights as men, I’m as strong as men, I can have the same humor as men, I can do the same thing as men, I can be a scientist, I can like sci-fi, I can enjoy things that men enjoy as much as women," she told The New Yorker in August 2012.

She reiterated these sentiments to Bans. "I'm such a feminist," she said. "But not in a wearing overalls and hating men kind of way. I love men. I was raised by feminists, so it's digested. Why am I even justifying myself? I'm a feminist."

Julie Delpy, we could not love you more right now.

Click over to GQ to read the full interview. 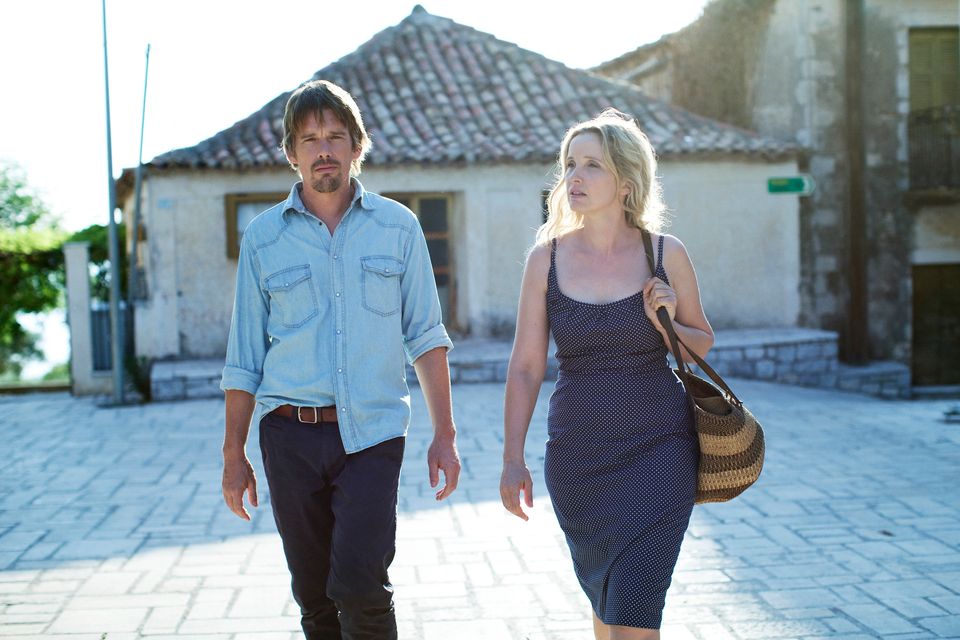