WILLIAMSBURG — The hit-and-run driver wanted for the death of a couple killed in a Williamsburg car crash — as well as the death of their premature baby — is a convicted killer who was nabbed for drunken driving just two weeks ago, sources said.

Julio Acevedo, 44, of Brooklyn, was allegedly behind the wheel of the SUV that fatally plowed into the cab carrying Raizy and Nachman Glauber, both 21, early Sunday as they rushed to a hospital for delivery pains, police sources said.

Acevedo had been arrested for drunken driving and released without bail just two weeks earlier, after he was picked up by police at 3:15 am. Feb. 17 in Brooklyn, according to court documents. He had a blood alcohol level of .13, far above the legal level, and told police he had had two beers at a baby shower at Sugar Hill Club, court documents show.

In that incident, Acevedo was driving a 1997 BMW 501 with Pennsylvania plates near 411 Lafayette Ave. when cops stopped him for driving erratically, according to the criminal complaint.

He was arraigned the following day and released without bail, court records show.

But he was allegedly back behind the wheel Sunday, when he plowed a borrowed BMW SUV into a Toyota Camry livery cab headed northbound on Kent Avenue, the NYPD said. He fled the scene on foot, witnesses said.

"I saw the driver through the window. He was trying to get the key out. I told him, 'Get the hell out of the vehicle. It could explode.' I told him to sit on the curb," said a witness, who identified himself only as Asher, 31, who said he saw Acevedo behind the wheel after Sunday's crash.

Asher said Acevedo was limping and looked shaken up. He briefly sat down on the curb but disappeared when a crowd came, Asher said.

Emergency workers rushed Raizy Glauber, who was reportedly seven months pregnant, to Bellevue Hospital, where her baby boy was delivered prematurely, and then died a day later, police said. She was declared dead on arrival at the hospital, cops said. 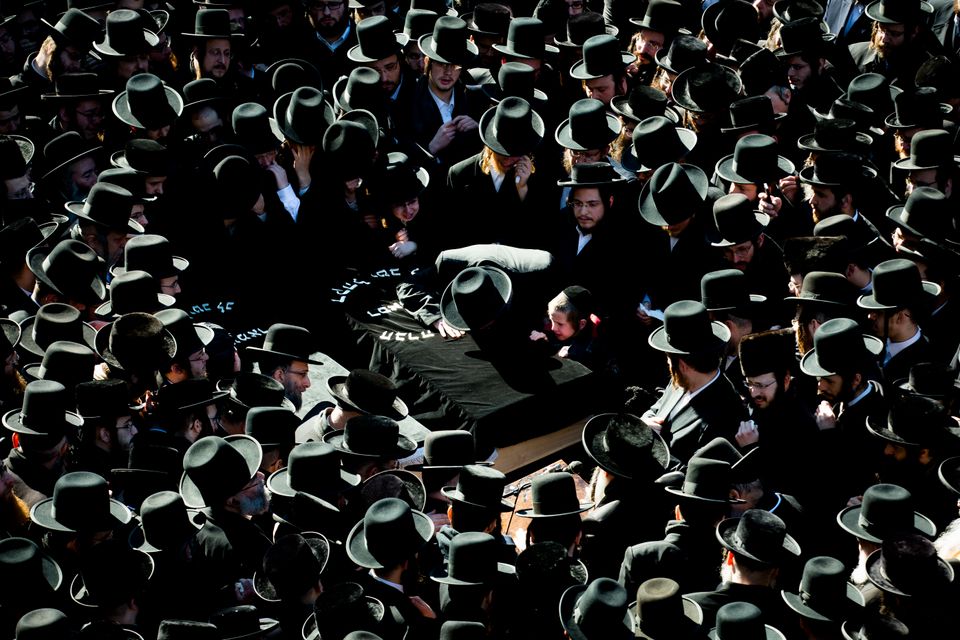 1 / 8
Members of the Satmar Orthodox Jewish community grieve over the coffins at the funeral for two expectant parents who were killed in a car accident, Sunday, March 3, 2013, in the Brooklyn borough of New York. (AP Photo/John Minchillo)
AP