'You should create a club of salmon. The Salmon Club.' I asked her why. She said, 'Because you're always swimming against the current.' That's the way an artist has to be. We can't be giraffes following the stampede in the Serengeti. You have to be a rebel, even if there are no clauses.

Julio Larraz may not have started an actual salmon club like his mother suggested, but he did become and continues to be an essential and illustrious figure in the art world. The work of Larraz belongs in no recognized genre. His paintings, all saturated with striking colors and sharp light reveal a world of metaphor and pre-meditated dreams inspired by Julio's past, present days and his small, poetic daily observations. 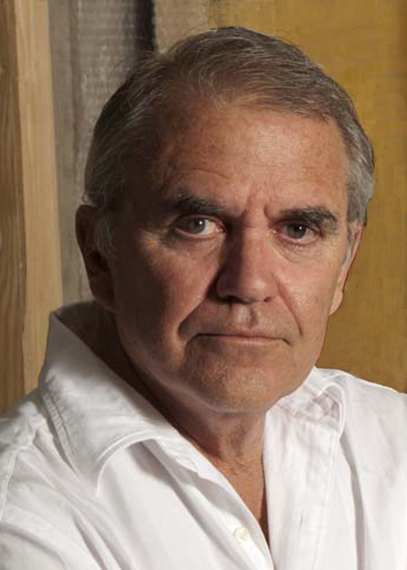 In 1961, Julio Larraz, along with his family, escaped their homeland of Cuba and headed for the United States. Spending some time in Miami, Boston and Washington, Julio figured out early on that he needed to be where the work was. What he describes as "an art world that totally defies anything else that was happening at the time," New York City became Julio's new home and the place where he would start his artistic career. For the next 10 years, Julio's innate creative forces were put towards political caricatures. His masterful cartoons, featured in publications such as The New York Times, The Washington Post, Esquire and Rolling Stone not only created a unique spot for Julio in the art scene, but truly sparked his appetite for a life devoted to art. After leaving a job he reveled in, Julio began to paint. 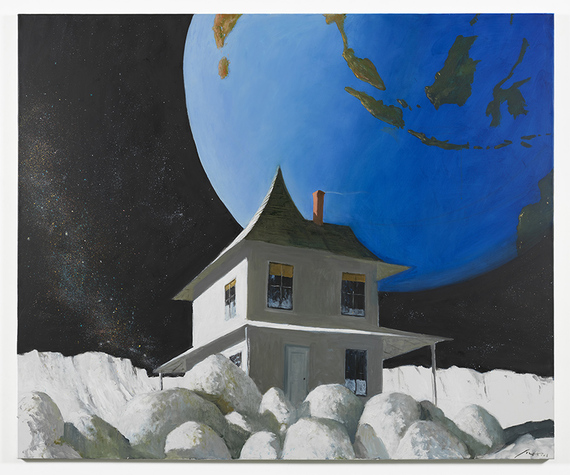 I wasn't bored of my job. I love drawing and I love politics, but I knew I wanted to do something that completely filled me with joy. When I started, the type of painting I wanted to create was forbidden. Abstract art was in full force at the time, but I wanted to be a Realist painter, which was considered degenerate art. I remember thinking 'Terrific. You are not supposed to do this, and this is exactly what I am going to do.' I had to go there, it was calling me. 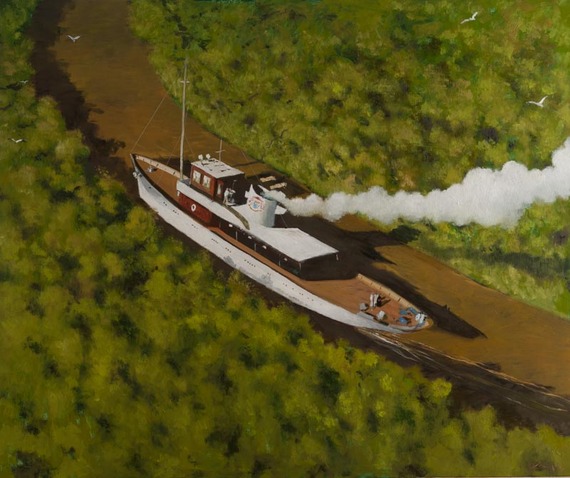 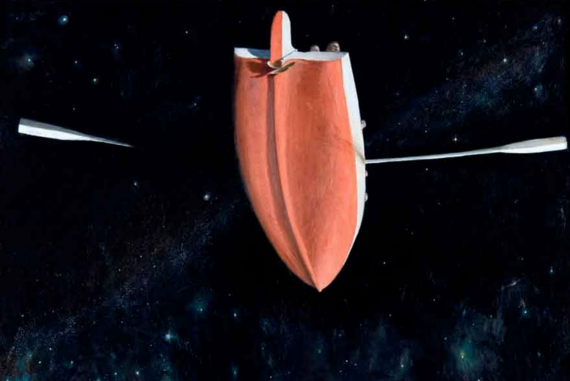 Without the means to afford school or lessons, Julio's friendship with artists such as David Levine and Burton Silverman, became significantly more rewarding than just the comfort of good company. Every Wednesday, the group would congregate, hire a live model and paint. Ideas and critiques bounced throughout the room as each artist furthered their career by fine tuning their craft. Julio was eventually introduced to a gallery, where the owner instantly took interest and began selling his work, as they say, like hotcakes. 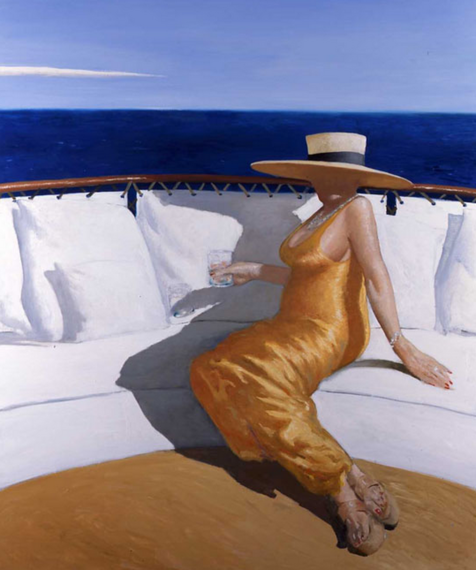 For the last 45 years, Julio has bestowed upon the world hundreds of paintings that not only tell a fantastical tale suggesting where he's been and what he's seen , but they also explore a rather exotic aspect of the human subconscious. As viewers of art, we are used to existing as casual spectators. Julio's paintings put us in a refreshing position where we are compelled to evaluate and almost decode what is being portrayed. Pronounced rays of light and crisp shadows suggest not only solidity and placement, but the presence of something unseen, something pleasantly mysterious. This investigation gives us the privilege of integrating our own creativity with Julio's postmodern worlds. His Cuban background is reflected in the sturdy brushstrokes and bold colors which come together, along with surreal versions of reality to form these masterpieces. Hung between familiarity of form and mythical environments, viewers should expect to visit a place where no single detail is obsolete. It is almost as if the work of Julio Larraz is not only pleasurable in the sense of aesthetics, but also emits beautiful optimism and positive mischief. We as observers are welcomed to take this universe of floating row boats, faceless women, curious islands and build our own plot to the story each work has started.

"The message of my work is always to spark a dialogue with yourself. There is no focus or goal. These paintings are made because I was compelled to, but the meaning, you create for yourself."

Julio's process is simple. He wakes up early every morning and paints until night. Since the subjects are fabrications of his mind, Julio rarely needs to leave his studio. For him, the days are not long enough in this life that he gleefully calls a dream. Sometimes work comes together quickly; an idea will materialize without the need of alterations and become his new piece. Other times, it takes 46 years to absolutely finish a piece.

I revisited a drawing that I started in 1964, which fascinated me. I did about ten to twenty variations, which I sold because none fit. I still remember drawing it and thinking 'THIS!' when I knew it was right. It's called Nimrod; a biblical name of a king supplanting himself as a God. It took me 45 years to get the painting I wanted. Sometimes it takes a long time to produce a piece, but it is always enjoyable. 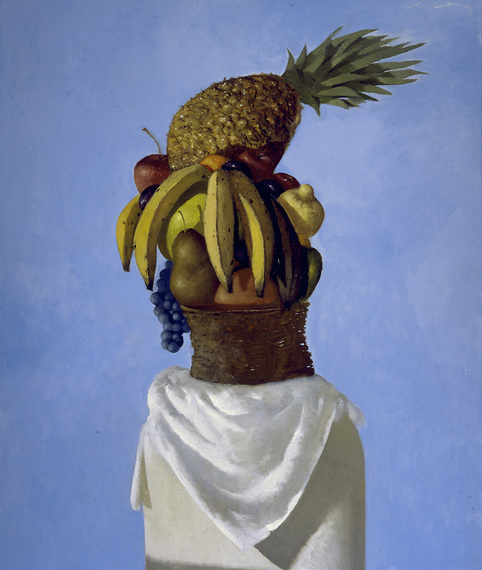 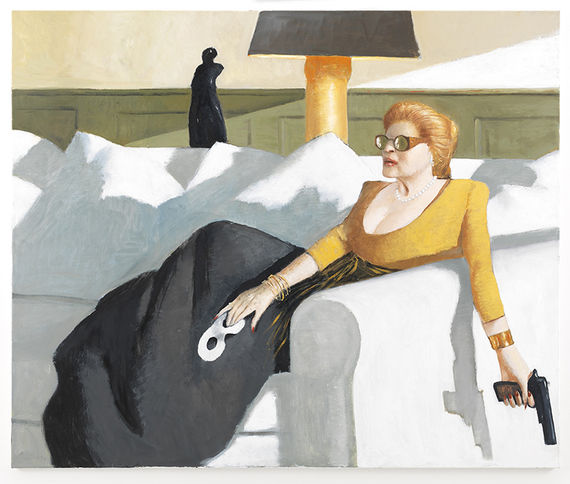 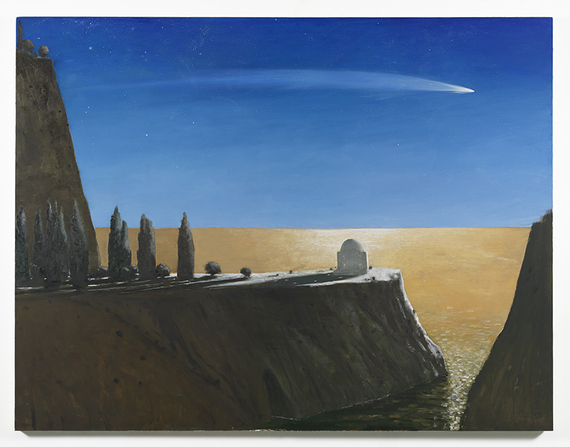 And although Julio regards himself as a painter, and not an artist, many would beg to differ. He has had numerous solo exhibitions such as "Rules of Engagement" Contini Art UK, London, "Two Hundred Years in Power" Galeria Arteconsult in Panama City, "Omaggio Julio Larraz" Contini Galleria D'Arte in Venice, Italy, "Coming Home," Ascaso Gallery in Miami, amongst many more. His work has also earned him many prestigious awards, in particular, the 2011 Gold Medal Award from Casita Maria, Center for the arts and education in New York and Grant from The American Academy of Arts and Letters.

From October 15 to November 14 2015, Julio's work will be exhibited for all to see in the Ameringer McEnery Yohe Gallery in New York City. To keep up with Julio, visit his website www.juliolarraz.com

In life, you have got to find something so precious and important to you that you never look at the clock again. Time melts away. Hang on to every image. Inspiration is a collection of everything you've ever done. It is all grease to the meal. Appreciate your place. As an artist, I feel happy knowing that I am not going to change the art world. The most important thing is to realize that if what you leave is just a little mark on the wall of life, it is enough. Just a little note, a little drop of gravity. Most importantly, hope that someone who deserved it can gain or learn something from what you produced. 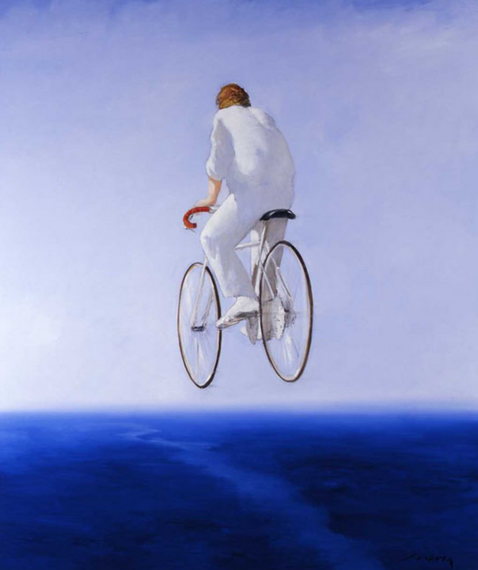 All photos courtesy of Julio Larraz