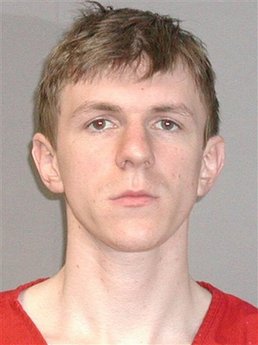 I'm delighted to see that the feral children of Lee Atwater and Karl Rove are at it again - and that this time their antics may land them in the Federal Pen for a VERY long time.

The last time we heard from right-wing boy-wonder James O'Keefe, or as I call him, L'il Nixon, he was the toast of the mad-right think-tanks, crowing on Fox and various wingnut websites about having brought ACORN to its knees by posing as a pimp and seeking the organization's advice about setting up a house of ill-repute on the government's dime. For this, and despite plain evidence that his stunt used selectively edited footage and audio, O'Keefe was hailed as a hero in the dimmer, danker precincts of the fever-swamp far-right. The Washington Times - predictably as insane as ever - dubbed O'Keefe "a role model and a true American patriot," and don't expect them to back away from that overheated assessment any time soon. The politicians who hailed him for his "diligent investigative journalism" - let's see how long it takes Pete Olson (R-TX) to disavow that idiotic accolade, from a congressional resolution authored by him and signed by several dozen of his mouth-breathing peers - must now square their erstwhile image of O'Keefe as the Right's own one-man Woodward & Bernstein with the new picture that's now emerging after he and his pals apparently attempted to bug the offices of Louisiana Senator Mary Landrieu. Not as neo-WoodStein, but as leader of a far-right, Hardy Boys version of Nixon's Plumbers. Not a Junior G-Man, but a Junior G. Gordon Liddy-man.

O'Keefe is anything but the "investigative journalist" he claims to be: he's an infantile black-propaganda warrior for the Status Quo Ante. His motto (which could be the logo-cum-modus operandi for the entire right-wing project of the last three decades) is, as O'Keefe expressed it on Andrew Breitbart's brain-dead, truth-averse right-wing news-toilet BigGovernment.com "It is time for conservative activists to create chaos for glory." I think a few bleak nights in the penitentiary will soon acquaint O'Keefe more intimately with chaos (likely in the form of severe rectal fissures) than they will with glory of any kind.

The echoes of the Watergate break-in are irresistible (though probably far-fetched; Nixon's Plumbers were incompetent, but they were still pro's): four 24-year-olds on some kind of Glenn Beck-inspired dorm-room sugar-rush attempt to bring down a wobbly Democratic Senator, apparently feeling ironclad and untouchable after the "success" of their ACORN prank. Certainly there are some weird touches to this story, including the fact that one of O'Keefe's coconspirators is the son of the Acting US Attorney for Louisiana, whetting one's appetite for further damning links to more mainstream, less guerilla-style arms of the GOP. And as with everything sleazy and untoward that goes down in Louisiana politics, unapologetic hooker-loving human garbage-pail Senator David Vitter also has a cameo role. Add to all that the presence of listening devices, disguises, misrepresentation, the surreptitious filming of the incident by O'Keefe, and the presence outside of another dimwit manning a "getaway car", and you have quite the bill of particulars with which the Federal Prosecutor can lard up the indictment. I bet the pleading-up sessions going on right now are a real sweat-lodge for these morons. There may well be a US Attorney in the mix, but these brats are so far out of their depth they can no longer see land. It would be nice to see the Feds throw the book at O'Keefe because that boy, much like Gordon Liddy in his gung-ho, "I'll kill or die for Nixon" days is OFF THE RESERVATION.

The old question arises again: Are they stupid? Are they evil? Or are they both? I'll opt for answer no. 3, with the MITIGATING FACTOR that there may well be an 18-and-a-half minute gap somewhere in O'Keefe's synaptically-short circuited brain.

How does the human mind arrive at this place? Is this, as Hunter Thompson used to say of Nixon, "the triumph of the twisted gene and the broken chromosome"? Or is it nurture, not nature? You have to wonder what kind of values were decanted from O'Keefe Sr's mind into the son's over the course of O'Keefe's childhood. Did Pops read Liddy's toxic, unrepentantly fascistic autobiography Will to him as he drifted off to sleep? Was there a photo of John Dean slotted behind the mesh of the family dartboard? Was he breast-fed on heroic tales of Donald Segretti and the USC "rat-fucking" mafia that caused so much mischief in the 1972 Presidential Election? Did he root for Nixon, Haldeman, Erlichman and Mitchell while watching All The President's Men? Were Lee Atwater and Karl Rove the presiding spirits guiding that household?

I'd guess that these children (they sure ACT like children) have been raised in the new disinfotainment dispensation in which one can grow to manhood without ever consulting any source of news besides prejudice-confirming propaganda outlets like The American Standard, Michelle Malkin, WorldNetDaily and Fox News. And if you take your history lessons from ill-informed showboaters and attention-seekers like Glenn Beck, then it's probably also likely that you have only the dimmest understanding of how the law works, or of how the legislative apparatus will kick your skinny post-pubescent ass down a mile-long flight of stairs if you behave as if it doesn't apply to you. Believe all you want to the delusions and lies you pick up from the right-wing noise machine, but someday reality will come back and mug you - for real.

Let's hope this puts these obnoxious neo-McCarthyite thugs out of the picture for ever. And if the people who formerly depicted O'Keefe as the risen spirit of Tom Paine and Paul Revere don't retract their accolades right away, we'll know just how worthless they are as truth-tellers and journalists. They're just as guilty as he is.