It's no secret: When you buy Doritos, you're going to finish the entire bag. There are countless reasons why people have so much trouble putting junky snacks down. And many of them are by design: Companies spend billions on marketing their products and conducting scientific studies to figure out how to engineer their foods to keep you eating.

Consider this: In a Connecticut College study released just yesterday, neuroscience students found that eating oreos activated more neurons in the pleasure centers of rats' brains than did consuming cocaine or morphine.

And New York Times writer and author of Sugar, Fat, Salt, Michael Moss recently wrote about ten components added to Doritos that make them extremely tasty and difficult to resist. Unsurprisingly, salt and sugar were major ingredients. In fact, the salty additives in Doritos give them a "flavor burst." That "burst" dissolves in your saliva, sending signals to the pleasure centers of your brain, explained Moss.

Do these foods sound "addicting" to you? Marion Nestle, professor of nutrition, food studies and public health at New York University, and author of many books on nutrition, says there should be a distinction between having a strong desire for food and being addicted to it.

"I think of the word as meaning a physical dependence. We physically depend on food in general, but never on one food in particular," Nestle tells HuffPost. "Food companies create food products that people want to eat. Is wanting the same as addiction? I don’t think so but there’s evidence that foods trigger the same neurological pleasure centers as do addictive drugs, alcohol, and cigarettes, but not nearly to the same extent."

Read on to discover exactly how some of your favorite foods may be keeping you coming back for more.

You love pastries because they're packed with carbs. 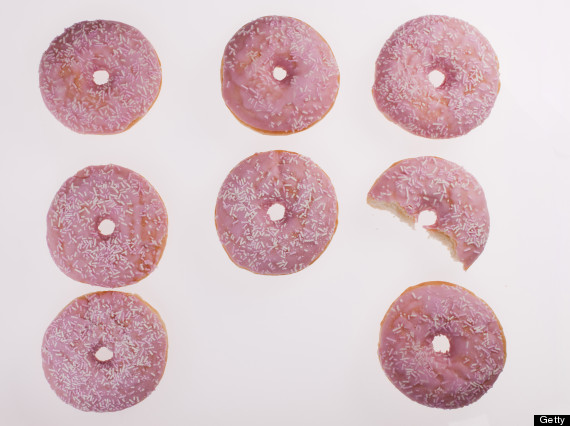 Lots of starchy foods contain complex carbs that your body breaks down into simple sugars. A study conducted on mice in 2012 found that foods high in carbs, fats and sugar can actually change the brain. The researchers at the University of Montreal discovered that after being exposed to diets with high levels of fat and sugar, mice revealed withdrawal symptoms of depression and a greater sensitivity to stressful situations. They also had higher levels of the CREB molecule, which is known to play a role in dopamine production.

Much of this is still emerging science, and it's impossible to say that eating lots of sugar will necessarily make anyone feel happier, but humans are naturally drawn to sugary high-carb foods.

"We evolved to love the taste of sugars as an infant survival mechanism," says Nestle. "The brain needs sugar to function and carbohydrates are the most efficient source of it."

You love Cheetos because they literally melt in your mouth. 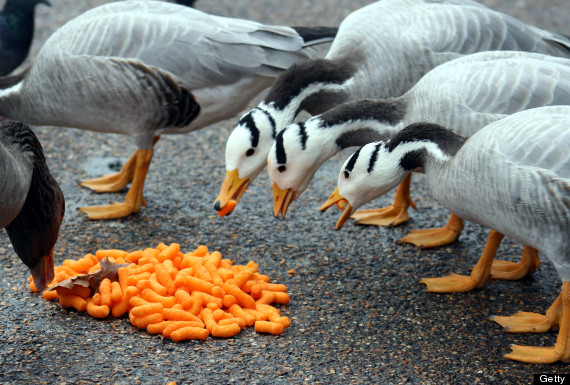 How fast can you eat a bag of Cheetos? Probably pretty quickly. That's because the manufacturers of the puffed corn product have mastered the art of "vanishing caloric density." The Cheeto is extremely light and fluffy, therefore making it easy to rapidly melt in your mouth. Moss discovered that this junk food ploy tricks your brain into thinking you're not eating as many calories, so "you just keep eating it forever."

You love Fruit Loops, popsicles and gummy bears because they are bright and colorful. 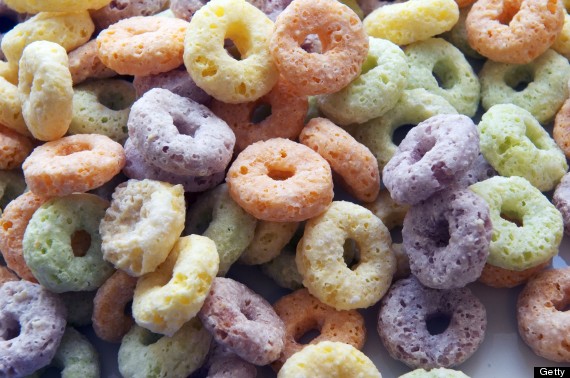 Now, of course, that's not the only reason why you love these tasty foods, but their vibrant coloring has been known to play a part. Food companies add color to their products to make them more appealing. Dr. Linda M. Katz, Chief Medical Officer for the FDA’s Center for Food Safety and Applied Nutrition, reports that color additives are incorporated into foods to "enhance colors that occur naturally" and to "provide color to colorless and 'fun' foods" (like popsicles and soda).

You love canned sauces because most contain excessive sugar. 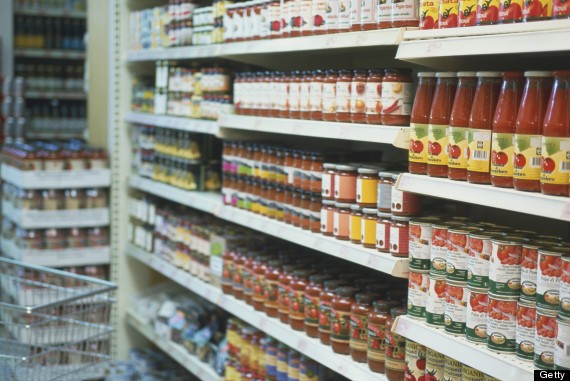 When we think of satisfying snack foods, tomato sauce isn't really on the list. But that doesn't mean it's free of the additives that make more typical junk foods more appealing. If you look at the ingredients list on a can of Prego tomato sauce, for example, the second ingredient after tomatoes is sugar, one of the three addictive components of fast food, according to Moss. The New York Times reports that just a half-cup of Prego traditional sauce has about two tablespoons of sugar. That's the same amount of sugar as in two large Oreos. Nestle says the added sugar in canned tomato sauces "makes them taste better and covers up the off metallic taste from the canning process."

But before you head to the kitchen to make your own, note that sugar can be found in canned tomatoes -- a common ingredient in homemade sauce -- in the form of high-fructose corn syrup. If you're craving tomato sauce, you're better off avoiding any kind of tomato product that comes in a can.

You love candy because your body has not adapted to its intense flavor. 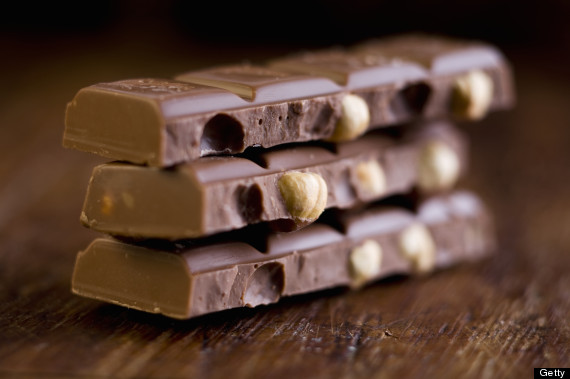 There are a bunch of reasons why you can't resist munching on your kid's Halloween candy loot, but you can blame part of it on evolution. In an article on Prevention.com, Ashley Gearhardt, Ph.D., assistant professor in the psychology department at the University of Michigan, explained that the human body has not yet evolved to handle the intense trio of sugar, fat and salt that comes in candy bars. Gearheardt wrote that before processed food was developed, sugar was "found in fruit and guarded by stinging bees; salt was a simple garnish; and fat was a nutrient that had to be hunted or foraged." The tastes taken together are still very new to the human body.

You love fries and potato chips because they have the perfect mix of salt and fat. And they're fried. 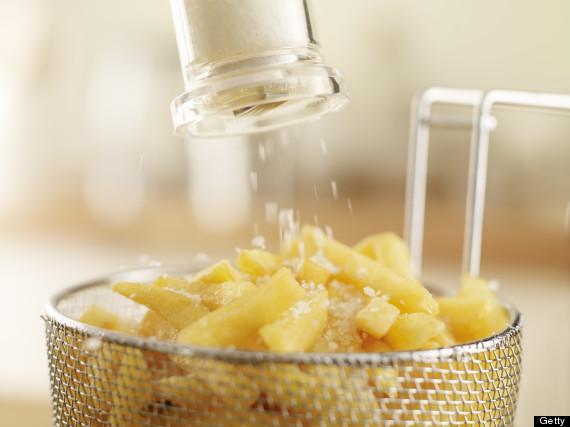 According to Michael Moss, the coating of fat and salt on potato chips and french fries is what makes them so irresistible. Moss writes in his New York Times piece, "The starch in the potato causes the same glucose spike as sugar, but is absorbed into the bloodstream much more quickly." That spike will drop very fast, causing you to reach for another fry or chip.

You love soda, juices and sports drinks because they are sweet, sugar powerhouses. 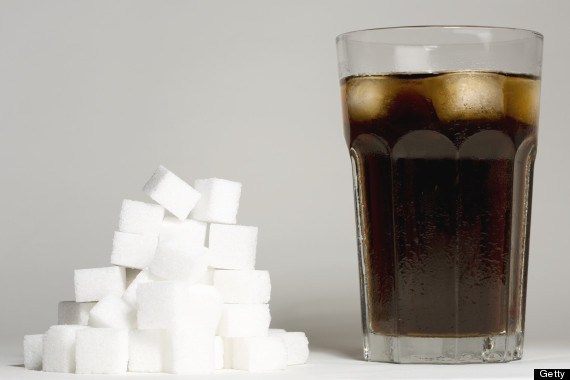 Kelly Brownell, director of Yale's Rudd Center for Food Policy & Obesity, claims that sodas and sports drinks are the “single greatest source of added sugar in the American diet, and the research linking sugar-sweetened beverage intake with obesity and diabetes is stronger than for any other food or beverage category. The average American consumes 50 gallons of sugar-sweetened beverages per year."

The Nutrition Source revealed in a guide titled "How Sweet Is It?" that cranberry juice cocktail, orange soda and cola all have much more than 12 grams of sugar in a 12 ounce serving, with some packing upwards of 40 grams of sugar, which is the same as about 10 teaspoons of sugar. That's a lot of sugar. As with many of the items above, high sugar content plays a key part in making popular foods and drinks so hard to put down.

But why so much sugar? Dr. Robert Lustig, a pediatric endocrinologist at University of California, San Francisco has a theory that he outlines in his viral YouTube lecture, Sugar: The Bitter Truth:

So why do I call it the Coca-Cola conspiracy? Well, what’s in Coke? Caffeine, good, good. So what’s caffeine? It’s a mild stimulant, right? It’s also a diuretic. It makes you pee free water. What else is in Coke? We’ll get to the sugar in a minute. What else? Salt, 55 milligrams of sodium per can, it’s like drinking a pizza. So what happens if you take on sodium and lose free water, you get? Thirstier, right. So why is there so much sugar in Coke? To hide the salt.