What's all the jubilation about? Well, for one of the last people who touched the little spaceship's battery before it left the earth in 2011, it's a time for joyous celebration. That would be Mike Surline, a guy who knows batteries. He makes, breaks and tests them. Batteries are the power that makes rocket science go. Without the best-tested batteries, space vehicles would not be able to sustain long missions, like Juno's. 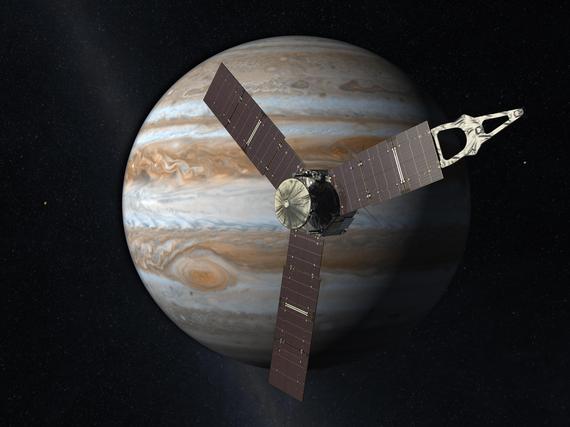 Arthur C. Clarke (author of 2001: A Space Odyssey) said: "Any sufficiently advanced technology is indistinguishable from magic." Well, what is a battery? People may not consider the skills and time it takes to create one, or they may think of a battery as a vague, magic box. If the latter, Clarke might have likened Mike to a magician.

He performs his magic in a giant laboratory of the highest hi-tech nature. It's got all the bells & whistles and electronic gadgets that any battery guy or gal could wish for, including environmental test chambers, cabling, coolers, and crane operations. For Mike, it's like Christmas every day, opening up his boxes of tinker-toy tricks.

On Independence Day while Americans are enjoying barbecues and fireworks, Juno - the spacecraft designed by NASA and Lockheed Martin Corporation - will insert itself into polar orbit to study the composition, gravity and magnetic field of the solar system's largest planet. Juno's purpose is to uncover secrets about Jupiter's formation, including whether it has a rocky core, the amount of water present in the atmosphere, how its mass is distributed, and its ferocious winds. Mike and his band of battery experts will be looking forward to celebrating Juno as another success story in their team's long list.

A multi-million dollar spacecraft without battery power is simply several hundred pounds of junk. Today's interplanetary spacecraft require between roughly 300 watts and 2.5 kW of electrical power to supply all the computers, radio transmitters and receivers, motors, valves, thrusters, data storage devices, instruments, hosts of sensors and other devices. The batteries must weigh as little as possible and be able to sustain varying temperature extremes. So they're packed in boxes made of beryllium, a lightweight metal used in cell phones and aircraft.

Juno, on its 5-year cruise to Jupiter, will travel nearly two billion miles. "Mike's battery" will power the orbit insertion burn, on July 4th, to slow the spacecraft enough to allow capture into the planet's gravity. It will do two 53-day orbits before a subsequent burn in October that will lower it into a 14-day polar orbit.

In the polar orbit, the battery will power the infrared and microwave instrumentation to measure thermal radiation emanating from Jupiter's atmosphere. From this data, combined with that from previous missions, will come insight into the mysteries of the planet's origins.

Because Jupiter lacks a solid surface, Juno won't end up there, to live for eternity like a flag planted on the moon. It will be de-orbited and burned up in Jupiter's outer atmosphere to avoid any contamination, or impact with one of Jupiter's moons. However, Mike did admit that one of his batteries - he wouldn't say which - is now (or will be) out there in space somewhere, forever, with this message carved inside the box: "MIKE WAS HERE". How utterly cool is that? 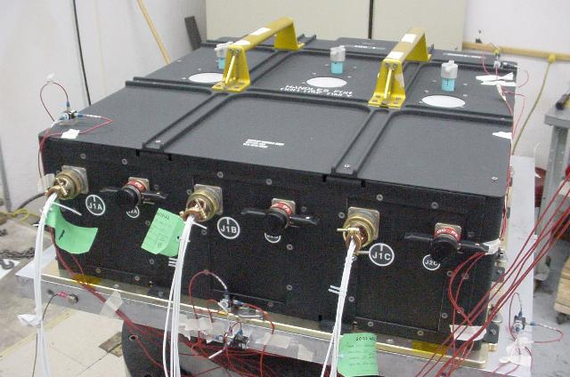 In addition to Juno, Mike has worked on the Mars Odyssey, Phoenix, Orion, Space-Based Infrared Radar, Joint Strike Fighter Raptor, Advanced High-Frequency and other military satellite programs. Although Juno was one of his most challenging, he said his favorite was the Odyssey - a Mars lander, one of the first to test for water on the Red Planet. In 2001 he worked on its power sequencer board, wiring components every day for nine months - and it worked, the very first time. Amazing!

Mike isn't the only rocket scientist in his family, a bunch of space cadets. His father worked as a manager on Titan rocket programs, the Space Shuttle, and before that, the first Mars lander, the Viking. His mother worked on satellite programs, warfighter tactical communications and space defense studies. Mike's step-father was a computer engineer on the first Apollo mission to the moon, as well as Venus Radar Mapper, and other rocketry and planetary science projects, including Viking. His uncle developed Orion rocket propulsion hardware and parts of the Mars Reconnaissance Orbiter. His brother-in-law supported enterprise data systems. Maybe the whole family is extra-terrestrial and they're trying to 'go home'.

Mike's mom said he started young in electronics, always tinkering in his room with wires and tiny radio or flashlight batteries. She would wake up in the night and see his light on and knew he was trying out some new experiment. Mom wished he would sleep more, like other boys, but didn't think much about his obsession - until he came home from high school one day saying a fellow student in auto mechanics had blown off a finger and lost an eye in an exploding battery accident. Because of that, she doesn't worry much about him now that he works with more complex batteries. He learned great appreciation and respect for battery safety.

Mike configures and tests all kinds, but primarily lithium batteries. I asked him why lithium ion batteries are so ubiquitous now. He said: "They're lighter, low maintenance, small, with high-energy density power that delivers more payload." Yes, we all need to deliver more payload - in our rockets, planes, cars, phones, computers, drones and personal robots!

Batteries were invented in 1800, and they're still a bit mysterious. They have their own "charisma" and eccentricities. Building these magic boxes of energy requires a person with a passion for detail and a brave soul, one who understands them. The payoff? That person will be thrilled to gaze into outer space and know their work is there, helping discover answers about our Last Frontier. Mike is all these things, including being a single parent of two boys for much of his demanding career. His mother and new wife are very proud of him, The Battery Dude. 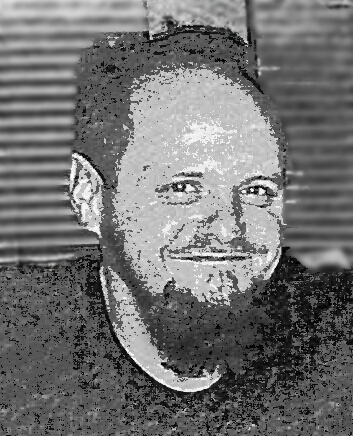