There’s been a lot of news lately about what’s going on at the ringed planet Saturn, including NASA’s Cassini spacecraft’s heart-stopping flight through the relatively small gap that separates the planet’s rings and the top of Saturn’s atmosphere.

While Saturn was grabbing the limelight, we thought, Hey! What about poor little giant gaseous Jupiter? What’s happening at the largest planet in the solar system?

On May 5, as seen in the video above, NASA released an enhanced-color view of Jupiter’s south polar area, taken Dec. 11 by the orbiting Juno spacecraft.

Based on initial data transmitted back to Earth, scientists are even more challenged and have more questions than before about the makeup of Jupiter’s atmosphere and its interior.

“The whole inside of Jupiter is just working differently than our models expected. I didn’t expect all the theories to be wrong, but there’s motion going on in the planet we did not anticipate,” said Juno mission principal investigator Scott Bolton, according to New Scientist.

Juno was launched on Aug. 5, 2011, and reached the planet on July 4, 2016. In addition to discovering how Jupiter’s giant magnetic field is much stronger and more irregular than previously thought, Juno’s onboard JunoCam has captured images of swirling cyclones that are as big as Earth, seen in this image:

If you can’t get enough of Jupiter by just reading about it, why not have your own interactive experience with the king of all the planets in our solar system?

For the rest of this week, Jupiter and the moon are performing a celestial “dance” with each other shortly after the sun goes down. If you have clear skies in your area, look toward the southeast, where the full moon will make its presence known Wednesday night. Jupiter won’t be far away, and, in fact, on Thursday, as midnight approaches, ringed Saturn will muscle its way onto the dance floor, glowing to the lower left of the moon-Jupiter couple.

With binoculars, you should have no problem seeing the four main moons of Jupiter, and with a medium-power telescope, Saturn’s rings will be visible. Get more info on this week’s great skywatch at skyandtelescope.com. 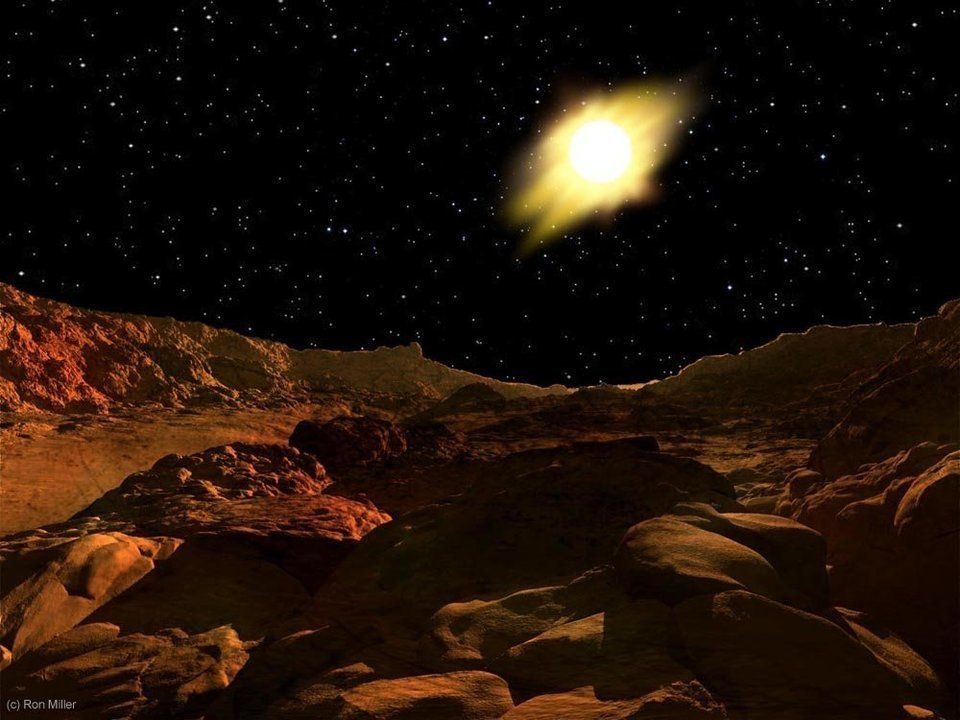