When astronomers began studying other solar systems in the Milky Way galaxy back in the 1990s, they noticed something peculiar: most of these systems have big planets that circle their host stars in tight orbits, a finding that makes our solar system a bit of a cosmic oddball.

Now researchers at Caltech and the University of California, Santa Cruz, say they've figured out why our solar system is devoid of planets within Mercury's orbit -- and pose that Jupiter may be to blame for this strange "gaping hole."

Their research suggests that the gas giant acted "like a wrecking ball" in the early solar system, obliterating several big, rocky "super-Earths."

"It appears that the solar system today is not the common representative of the galactic planetary census," Dr. Konstantin Batygin, an assistant professor of planetary science at Caltech and one of the researchers responsible for the new finding, said in a written statement. "But there is no reason to think that the dominant mode of planet formation throughout the galaxy should not have occurred here. It is more likely that subsequent changes have altered its original makeup." 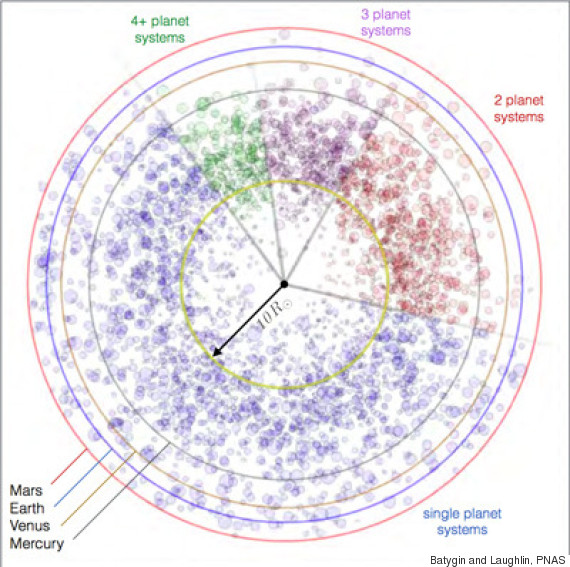 This diagram shows the orbital distribution of extrasolar planets smaller than Jupiter that have been detected, in comparison to the orbits of Mercury, Venus, Earth, and Mars.

For the research, Batygin and his colleague Dr. Gregory Laughlin, a professor of astronomy and astrophysics at UC Santa Cruz, conducted a series of simulations based on a theory that was first put forward by astronomers in 2011. The "Grand Tack" theory holds that Jupiter got ensnared in a disk of gas and dust, and was pulled inward toward the Sun, before Saturn formed and pulled it back out again.

The simulations suggest that as Jupiter migrated inward, its gravity perturbed the orbits of asteroids and planetary building blocks, called planetesimals, in the inner solar system. This likely triggered a cascade of collisions that violently broke apart our solar system's first generation of planets and drove them into the sun.

"It's the same thing we worry about if satellites were to be destroyed in low-Earth orbit," Laughlin said in a statement from UC Santa Cruz. "Their fragments would start smashing into other satellites and you'd risk a chain reaction of collisions. Our work indicates that Jupiter would have created just such a collisional cascade in the inner solar system." 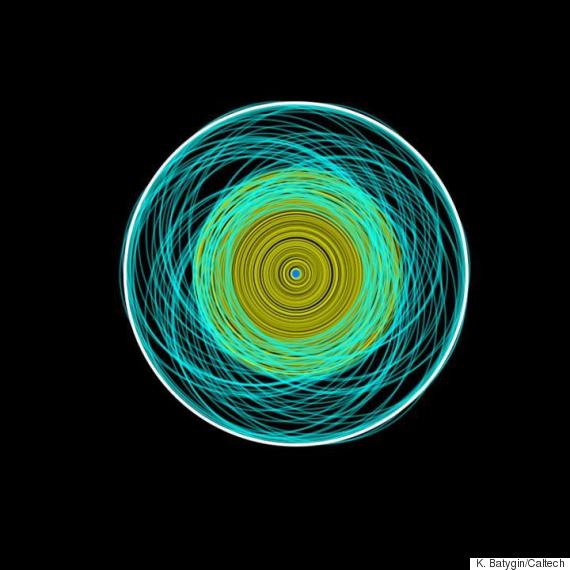 Snapshot from one of the simulations. Jupiter's orbit around the sun (center) is represented by the thick white circle. As Jupiter moved inward, it picked up planetesimals and drove them into eccentric orbits (turquoise) that overlapped the area of the inner solar system where new planets were in orbit (yellow).

The debris left over from the collisions ultimate coalesced into our solar system's familiar inner planets -- Mercury, Venus, Earth, and Mars.

An article describing the findings was published online March 24 in the journal Proceedings of the National Academy of Sciences.