With "Jurassic World" making box-office records go extinct, everyone has dinosaurs on their minds. But there's one guy who never stopped thinking about them. He is renowned paleontologist Dr. John R. "Jack" Horner, the real-life inspiration for Dr. Alan Grant.

In addition to making hugely significant discoveries in his career, Horner has also served as a technical advisor on all of the "Jurassic Park" films. "My job was really just to sit next to Steven [Spielberg] and answer questions for him," Horner explained to The Huffington Post. Recently, the real Dr. Grant chatted with us about the franchise and revealed some behind-the-scenes facts you probably didn't know:

The source of all the conflict in "Jurassic World" comes from the Indominus rex, a genetic potpourri of various animals that resulted in a hybrid dinosaur. Horner explains, "We’ve got an actual project on the way to do this sort of thing." Though he's not talking about creating an ultimate killing machine like in the movie, Horner says he's currently working on manipulating genes to turn a chicken into a dinosaur. He predicts this will happen within the next 10 years.

When asked what he's going to call the new dinosaur, he laughed and said, "Everybody keeps asking. I'm gonna call it 'Thank God It's Done.'"

2. Even Steven Spielberg had doubts that "Jurassic Park" would be good. 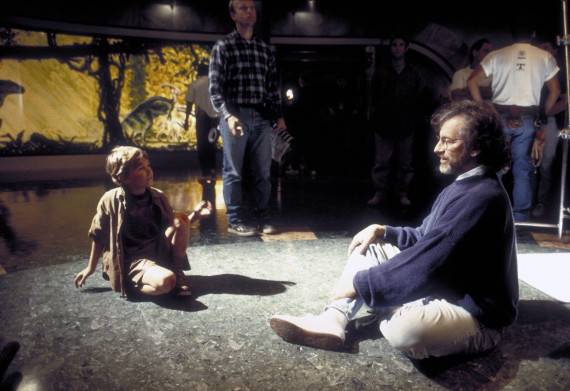 "One day we were shooting, and the set people were moving something around, and Steven Spielberg turned to me and he said, 'Well, Jack, you think this movie will do okay?' And I realized then that, you know, it’s always true. They never know," said Horner.

3. The raptors were almost waving forked tongues around in the "Jurassic Park" kitchen scene.

Horner says that one of the biggest contributions he made to the franchise was in the famous kitchen scene. He explains, "They were going to have raptors coming in there waving their forked tongues around. We know they didn’t have forked tongues, so I took that out." He continued, "Instead, they snort and fog up the window. In doing that, in other words, in not waving their forked tongues around and [now] snorting on the window, we've taken them from being very reptilian to being warm-blooded."

4. The actors sometimes had trouble pronouncing the dinosaur names -- one in particular. 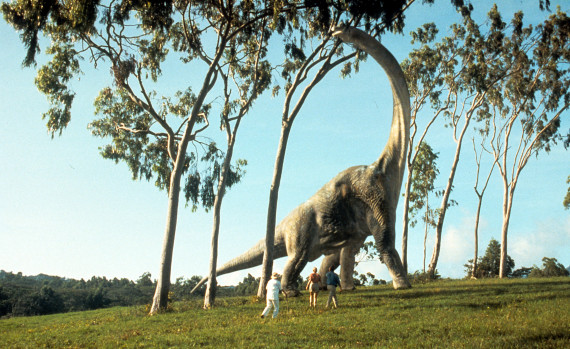 In addition to giving Spielberg suggestions, Horner says he had another job that wasn't always the easiest. "I'm also there to make sure the actors pronounce the words and dinosaur names right. Parasaurolophus was hard for some of them," says Horner.

Dr. Horner's reaction after someone finally says a name right?

5. Dinosaur teeth were added in movie scenes to show what it would really be like.

Horner says there's a big reason you see random dinosaur teeth lodged in things in the movies. "Every once in a while, there’s a tooth laying around. We know dinosaurs can replace their teeth through their life, so they would’ve left teeth embedded in things," said Horner.

6. Horner suggested the Spinosaurus because it was bigger than a T. rex and "cool-looking."

"I was pretty much responsible for putting Spinosaurus in ["Jurassic Park III"]. We wanted a bigger meat-eater that could take T. rex out. So Spinosaurus was the largest carnivorous dinosaur we know of, and it’s got the big fin on its back, so it’s really cool-looking."

(Spoiler alert!) Some fans may have noticed that "Jurassic World" actually has a "JP3" Easter egg involving Spinosaurus. T. rex gets some revenge by smashing through a Spinosaurus skeleton during the film.

7. The raptors in "Jurassic World" are actors, not just graphics.

"The raptors, rather than being animatronic, are people," says Horner. "They're actors that are moving around, and then they lay the actual image of the Velociraptors over the top of these people, so there actually are people for the actors to act against."

8. There was a conscious decision not to make the dinosaurs feathery in the movies. 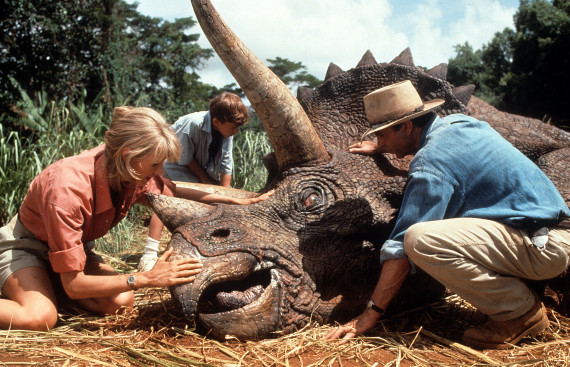 Though it's widely accepted that many dinosaurs had feathers, Horner said the scientific inaccuracy in the movie was intentional. "We didn’t make them colorful like they are, and we didn’t make them feathery because they're scarier when they're not," said Horner. "Just keep in mind that it’s a fictional film and not a documentary. So it is what it is."

And what it is, is pretty great.