Beer is a pain to bring along on hiking trips. It's heavy to carry, especially when you're stocking up for a real rager by the campfire. Pat's Backcountry Beverages has a solution: a just-add-water beer concentrate and an easy-to-carry carbonation system.

How is such a thing possible? According to the company's website, the beer concentrate isn't made by dehydrating a conventional beer. "Instead, our process (patent pending) allows us to start with almost no water, and carefully control the environment of the fermentation," says the site. The result is supposedly a beer that tastes like a "premium micro brew." Each beer packet makes a single 16 oz. pint. 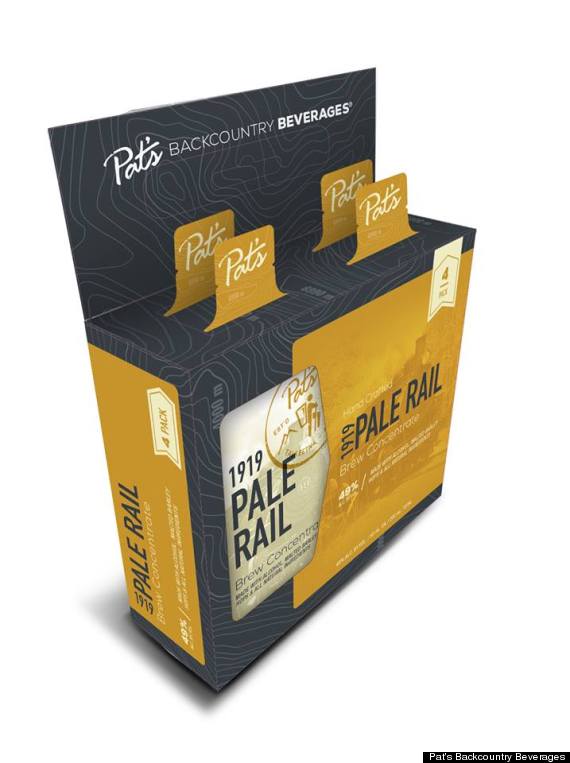 Pat's Backcountry Beverages owner, Pat Tatera, told Gizmag.com that the beer is just "barley, water, hops and yeast." "If you come into our facility, you'll see fermentors, you'll see a mash tun, you'll see a brew kettle, but you'll also see some equipment that looks like some sci-fi movie, and that's where our very specialized technology allows us to do what we do," he said.

The carbonation system looks more like a water bottle, and is activated by simply moving a lever on the contraption up and down. Check it out in the video below.