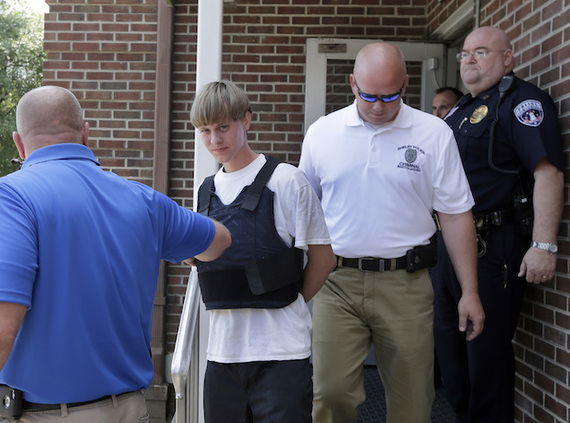 A white man guns down nine black people in a church in South Carolina. The state's Confederate battle flag stays waving in the wind the next day. The white man is arrested. He is given a Kevlar jacket.

Welcome to the United States of America in 2015.

The atrocity in Charleston on June 17, 2015, exemplifies the value of black life in America today. Dylann Roof's crime was an abomination. He slaughtered nine people in cold blood. But in the broader context of the American reality of black people and black lives, Roof's attack is just another instance of white terrorism.

Even in light of the violence black Americans experience daily, the attack in South Carolina was shocking. Gunning down nine innocent people in a church is beyond the pale. It's important to remember, though, that although this crime is notable for the callousness and coldness of the perpetrator -- leaving people alive for the express purpose of sharing the story is some wannabe supervillain shit -- the taking of black life by a white man in America is not an aberration.

The Black Lives Matter movement is a direct response to the carelessness with which white America treats the mortality of citizens of African descent. The name of the movement is a reaction to the reality. Black Americans are treated as if their lives were disposable. It is necessary to have a movement calling for the recognition that the America's black population's lives matter because at every turn we are shown they don't. 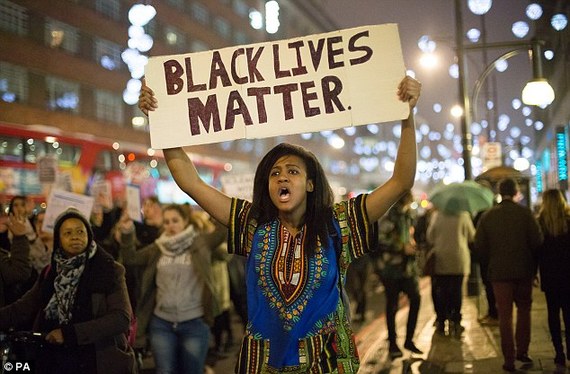 Blacks are criminalized in the news media, treated as less desirable than whites in the popular culture, and presented overwhelmingly as threatening criminal elements in film and television. Americans of all colors are inculcated to see blacks as threatening, alien, dangerous.

Black Americans are killed for eating skittles. Playing with toy guns as children. Listening to loud music. Selling cigarettes on the street. Running away from police officers. Hanging out at a pool party. Attending prayer meetings. There doesn't seem to be a way for black Americans to just be that doesn't involve the threat of death or violence at the hands of whites.

Terrorism is political and social violence and coercion that has the effect of changing the standard operating procedure of the societies it affects and striking fear into the communities it assaults. Blacks in America have no static standard operating procedure. Their behavior has to change constantly to reflect the threats and intimidation. For the black community in America, even the church is a place where one cannot feel safe. Not in 1963, not in the '90s, not in 2015.

The reason for white terrorism has one simple underlying explanation. There is a sociopathic part of the national white American subconscious that refuses to allow the black community to ever rise to an equal footing, and will use whatever means necessary to maintain white supremacy. In the wake of the conclusion of the Civil War, the KKK was formed in reaction to the freeing of the slaves. The terrorizing of blacks that began after the end of slavery has continued to today.

Whether we acknowledge it or not, the position of the white American must be maintained through terror. Thus the spectacle of Dylann Roof, mass killer of innocent black Americans, steered gently to a waiting police car, wearing a Kevlar vest. His crime has shocked the country, but only because of its flamboyancy. After the news cycle has run through, the nation will again ignore the Black Lives Matter movement, the issue of race relations in America, and white terrorism.

Until, of course, it inevitably happens again.