In an age when people think of the circus as the kind of megaspectacle produced by Cirque du Soleil and Ringling Brothers and Barnum & Bailey Circus, Aaron Schock's quiet little documentary, Circo, reminds audiences that traditional small-scale circuses still exist.

What makes Circo so interesting is that this is not a film about freak shows, animal abuse, or dysfunctional, sex-crazed carnies. Instead, the documentary is clearly focused on the circus as a small family business (like so many others) that is struggling to survive in a terrifying economy. In his lengthy director's statement, Schock writes:

"The inspiration to make Circo was a desire to reverse the direction of the documentary lens that has typically looked at Mexico only from the border up and singularly through the subject of immigration. Instead, I wanted to go deep into the Mexican countryside and find a story that could communicate both the richness and the complexities of a vast culture and social order unfamiliar to most Americans. My original plan was to make a film about corn farmers. But one night while I was in a small village in the state of Nayarit doing field research, a traveling circus came to town. That night I went to the circus. The plan changed.

The Ponce family's Gran Circo Mexico packed in much more magic and excitement than you would have imagined from a 10-member family, of whom five were children. I was taken in by their beguiling performances of contorsionismo (contortionism), cuerdas astrales (aerial ropes), la cuerda floja (the tightrope), the young peyaso (clown) and the remarkable globo de la muerta (the globe of death). Accenting this ambience was the somewhat honky-tonk atmosphere provided by the village audience on the bleachers, and the communication between them and the performers on stage. Scanning the faces of the abuelos with their grandchildren on their knees, I couldn't escape the feeling I was witnessing a rich, complex, and authentic rural tradition.

Over the next several days, I got to know the family that brought to this poor farming town a little bit of magic and diversion. The Ponces had been living and performing on the road continuously since the late 19th Century, but what I discovered was so far removed from the stereotype of 'circus types.' Instead, I encountered a family working extremely hard to run a small business and to maintain some control over their destiny with the cultural resources passed down to them through the generations. In other words, I found the story that I had been looking for, but just not the one I had expected." 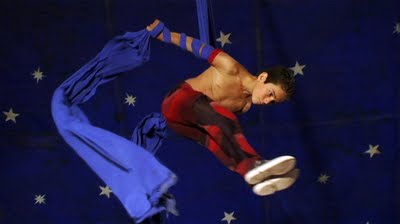 
"Returning many months later and prepared to start filming, I was immediately struck by the amount of labor involved in running the circus, especially for the children, who not only train and perform their acts each night, but who also must strike and pitch the circus each week as the Ponces move from town to town. The costs of this life were immediately evident. When I filmed 12-year-old Moises Ponce driving in a stake early one morning on my second day of shooting, I knew Circo would have to be about the hard choices this family had to make. When I filmed 10-year-old Alexia Ponce explaining to me that she could not read or write -- and later when I filmed her father Tino Ponce struggling to spell his own name -- these choices came into even sharper focus.

It often happens in documentary that you discover your story sometime after you have chosen your subject. When I began filming, I didn't know I was about to enter a simmering family dispute between a husband and wife over whether they should pass their century-old circus tradition on to their children. The heart of the conflict was an archly conflicting view of filial responsibility: Should parents serve children? Or should children serve parents? What I felt I was witnessing was really a process of value change in rural Mexico, and the strains that change caused in this particular tradition and in this particular marriage. Over time, it was clear that I would interweave the story of the fading of the circus tradition and the dissolution of this marriage." 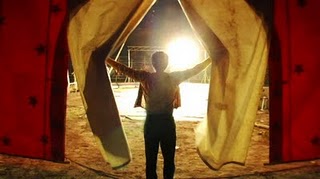 "Over the course of filming, events began to happen with other family members, and Circo's subplots began to take shape. Tino's younger brother Tacho suddenly left the circus and moved in with a settled woman, causing strain on the circus. Tino's five-year-old niece Naydelin was struggling to make the decision to continue living and performing with the circus, or to return home to her settled mother and go to kindergarten. As I found each circus member negotiating their relationship to a tradition that permeates every aspect of their lives, it became clear that Circo would also have to be about the weight of cultural inheritance -- that is, what it means to be born into a cultural tradition, and how people individually navigate that inheritance.

My hope is that Circo tells both a universal story while allowing the audience to enter into a specific family, tradition, and country. I think that the Ponce family's dilemma is a universal one experienced by millions of rural Mexicans for whom a way of life that has sustained them for centuries is increasingly unsustainable, and where other options are few."

With a musical score by Calexico (a Tucson-based indie band), Circo is much less about fancy costumes and death-defying acrobatics than it is about dealing with the mud, grime, and family tensions of shlepping a small circus around Mexico. Late in the film, a family reunion featuring members of the four circuses that are now run by the Ponce family offers a moment of great poignancy in sharp contrast to the constant grind of living on the road. Here's the trailer:

Perhaps the happiest news of the week is that Geoff Hoyle's one-man show, Geeezer, has just been extended through July 10 at The Marsh in San Francisco.. Geezer begins with Hoyle mimicking a video game for senior citizens on a crash course with death. That segment alone is a tour de force which would leave a younger actor completely winded. The fact that Hoyle continues to amaze audiences for another 80 minutes with his physical comedy (and excellent writing) is astonishing. 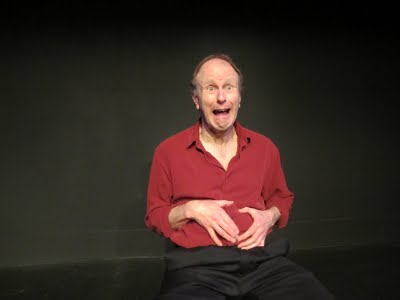 Geoff Hoyle discovers changes in his body in Geezer
Photo by: Patti Meyer

Long familiar to Bay area theatregoers from his work with the Pickle Family Circus, Hoyle has developed his craft over many years of performing before live audiences. In Geezer, the actor hilariously recalls his experiences learning corporeal mime in Paris from Marcel Marceau's teacher, Etienne Decroux. Later in the show, he wonders how he became irrelevant to a youth-oriented culture as he finds himself embarrassing his children in front of their friends with his desperate attempts to seem "hip." 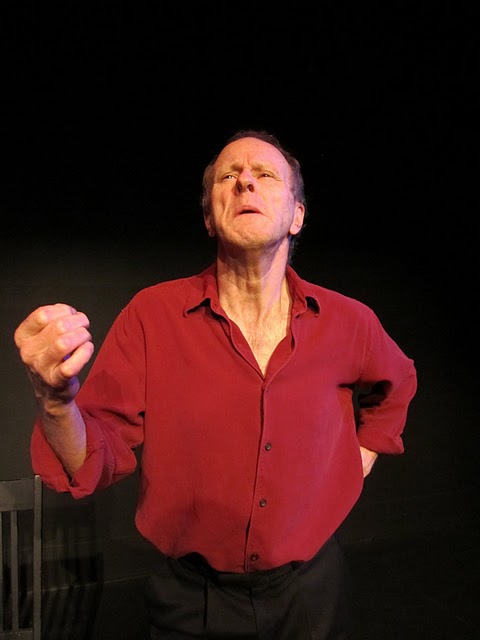 
Whether impersonating his tight-lipped father, a prissy British nurse, or conjuring up a group of old people attending a meeting in an assisted living facility, Hoyle's staggering talent for physical comedy is breathtaking to behold. If one thinks of The Marsh's stage as an ashtray containing the wispy memories of a life well lived, Hoyle rules the air in the theatre like a shape-shifting plume of smoke stubbornly rising from a cigarette that refuses to burn out. 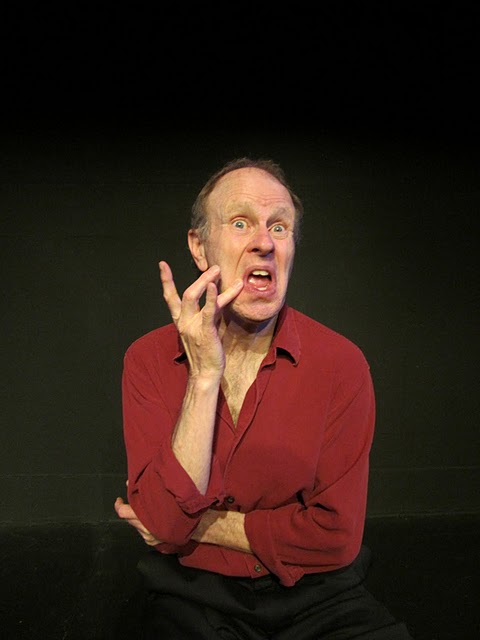 
Directed by Dave Ford, Hoyle's bravura performance will appeal to audiences of all ages -- even if the older members of the audience will have a much greater appreciation of its wisdom and depth. Geezer (which puts the "art" back in the term "performance art") continues at The Marsh through July 10. Hopefully, the show will be extended for as long as Hoyle can continue to survive his video game based on the impending follies of death.